There were plenty of great vehicles produced abroad that Americans (outside of Canada) haven't been able to import until they hit 25 years of age. Last year we saw some real stunners, like the Honda Beat and the Suzuki Cappuccino, and this year's crop is arguably better. We have some great British Fords, a few great rally-inspired JDM cars, and even a Bugatti.

Remember, the 25-year rule is based on the date of manufacture, so make sure that you're clear on when the car you'd like to import actually rolled out of the production facility. Some of these cars, like the Alfa Romeo 155 Q4, weren't produced until late in the year, so don't assume just because it's January 1st these cars are good to go. Do your homework, and preferably work with a reputable importer to make sure there are no surprises with the importation process. Now on to the list. 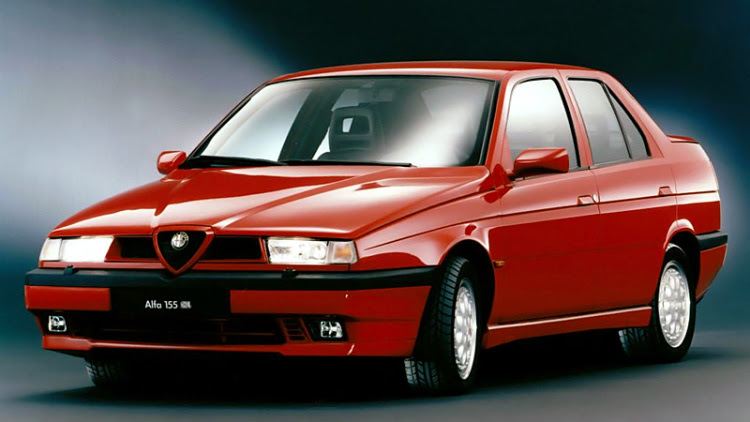 There's good news, and there's bad news. The initial 155 was notable mainly because, unlike its predecessor, the 75, it featured front-wheel drive. Purists moaned. And then, the Q4 came along. It was essentially the Lancia Delta Integrale, a turbocharged, rally-inspired hatchback with all-wheel drive, hiding inside a boxy Alfa sedan.

The extraordinary boxiness is deliberate rather than pretty, and don't consider the 155 Q4 if you're obsessive about having every gadget working in perfect order. If you're handy and want a Delta Integrale on a budget, though, the 155 Q4 is your ride. 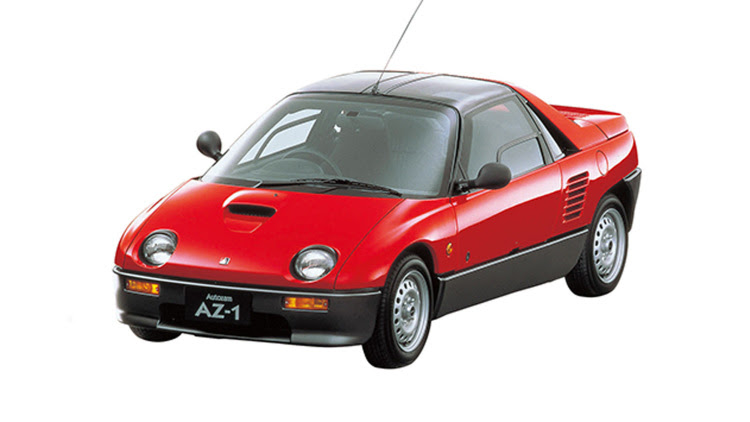 One of the most delightfully quirky of a crop of tiny early 1990s sportscars like the Honda Beat and Suzuki Cappuccino, the Autozam AZ-1 is also a relic from one of the most interesting periods in Mazda's history. At this time, Mazda created three new brands: Autozam, Eunos, and Efini. Autozam mainly sold rebadged Suzuki microcars; for various reasons, the three-brand experiment was a bust.

But one good little thing came out of it: the gullwing-doored AZ-1. It's light on power, per kei car regulations, but the high-revving turbo inline-three and short gearing make it a lot of fun. Keep in mind that the AZ-1 is minuscule; you might not want to buy one sight-unseen if you're large or tall. 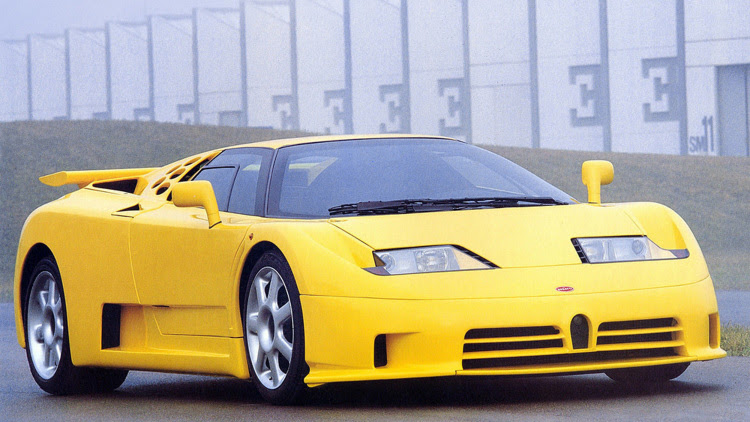 The numbers the EB110 Super Sport posted don't look 25 years old by any stretch. Some tweaks boosted horsepower to over 600, enough to put it on a modern-day list of most-powerful cars. It could hit 60 (100 km/h) in 3.2 seconds, with a top speed of over 215 mph (346 lm/h). It's also stunningly rare: perhaps 33 were built before this iteration of Bugatti went bankrupt.

Examples trade for more than a half a million dollars when they come up, which as you might imagine isn't often. But if you must have one (or are sick of the Show and Display rules restricting what you can do with one you already have), now's the time. 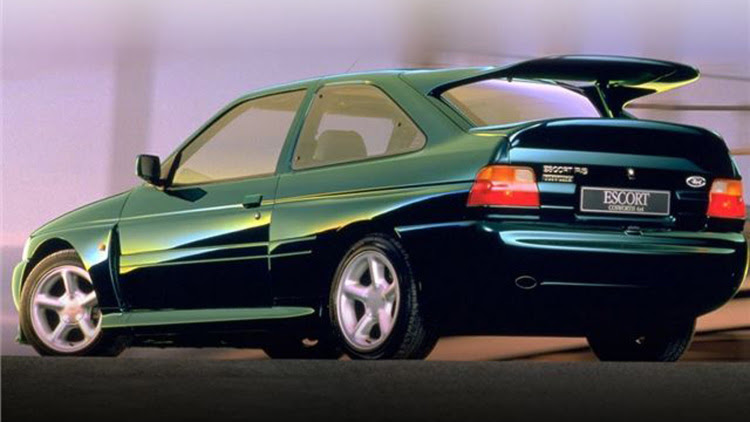 For any rally enthusiast, this car needs no introduction. For everyone else, it might be the car that'll make you a rally enthusiast. Fords in Europe, at this time, were very different from the milquetoast Escorts running around the US. This Escort Cosworth RS was mechanically related to the earlier Sierra Cosworth. It's powered by a turbocharged 2.0-liter inline-four, and has all-wheel drive.

The Escort "Cossie" was built to homologate the car for rally competition, and the early ones were not terribly civilized, laggy and loud although dynamically brilliant. There are few finer Fords to slide around a snowy or muddy road, to be sure. 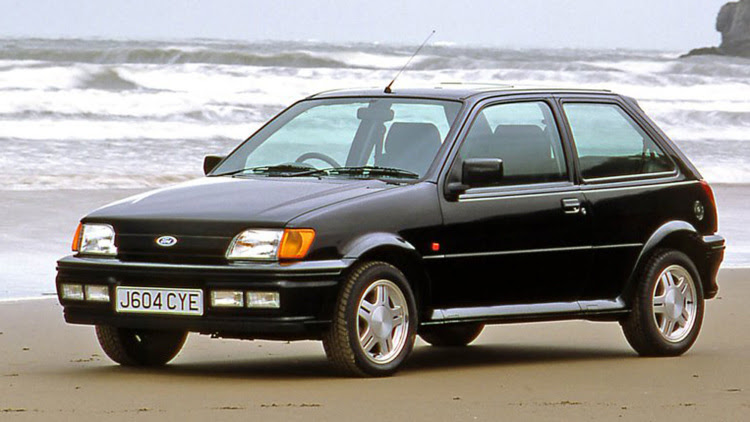 Less well-known outside of the UK than its Escort and Sierra counterparts, the Fiesta of this era was an interesting little hot hatch. The earlier RS Turbo model evolved into this RS1800 in 1992, dropping the turbo for a similarly powerful naturally aspirated engine branded as a Zetec.

Sure, it has got some flaws: poor steering and rust among the worst. But it's an interesting alternative to the French hot hatches of the era. 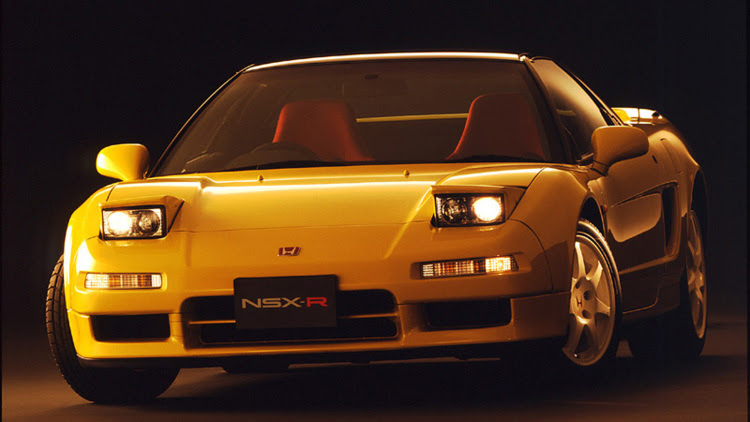 Anyone disappointed slightly by the Acura NSX’s modus operandi – stressing the usable aspect of the usable supercar concept – should be into the Honda NSX-R. It’s also known as the NSX Type R, but whatever you call it, this was a lighter, stiffer, rougher-edged NSX, with the emphasis on light and stiff. Around 265 pounds of weight were removed, and everything in the suspension was nudged to the stiff end of the spectrum.

With less sound deadening and performance bushings, this NSX trades some livability for more scalpel-like handling, which is no bad thing for those who like to drive hard. And the engine was blueprinted and balanced to bring the NSX-R to the next level. Remember, these were only sold in Japan. Fewer than 500 were made between 1992 and 1995, and don’t assume all of them stayed showroom stock. It may be hard to find one of these, but it’d be worth the challenge. 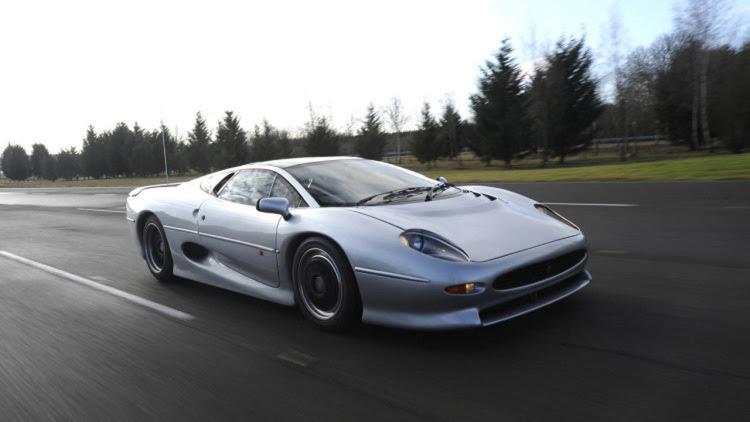 At the time it was introduced, the Jaguar XJ220 was something of a disappointment. Prospective buyers had expected the production car to have the V12 featured in the concept, but when all was said and done it came with a 3.5-liter, twin-turbocharged V6 making 542 horsepower and 475 pound-feet of torque.

That was enough to make it the fastest production car in the world, for a time, but some looked down their noses at the V6 dwelling in the rear of a supercar. With the benefit of hindsight, the XJ220 seems awfully ahead of its time. Consider the EcoBoost-powered Ford GT, which 25 years later seems almost a kindred soul to the XJ220. Less than 300 XJ220s were made, and don’t expect them to be cheap. 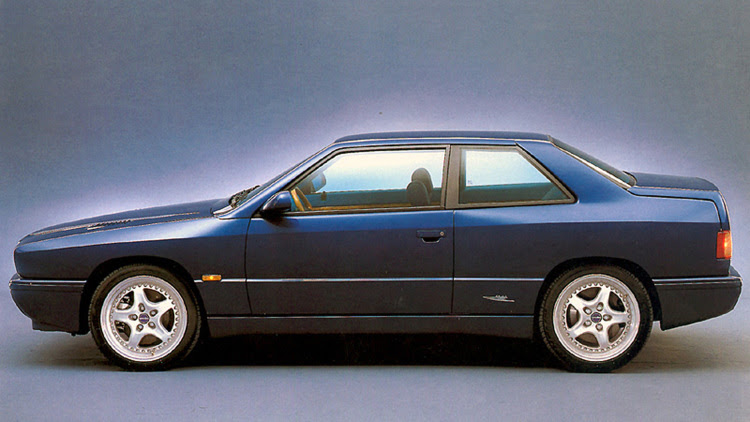 Love all those Biturbos on eBay, but want to stand out even more? Grab a Ghibli II from Europe! A resurrection of the original Ghibli name – a V8 grand tourer from the late 1960s – the Ghibli II featured an updated Biturbo engine making roughly 280 horsepower and cleaner, more modern styling.

Don’t, however, expect the ownership experience to be painless. That being said, there’s something undeniably appealing about the Ghibli II’s bulldog stance and unapologetic boxiness. And, for a time, it was the highest-specific-output production car on the road. So there's that. 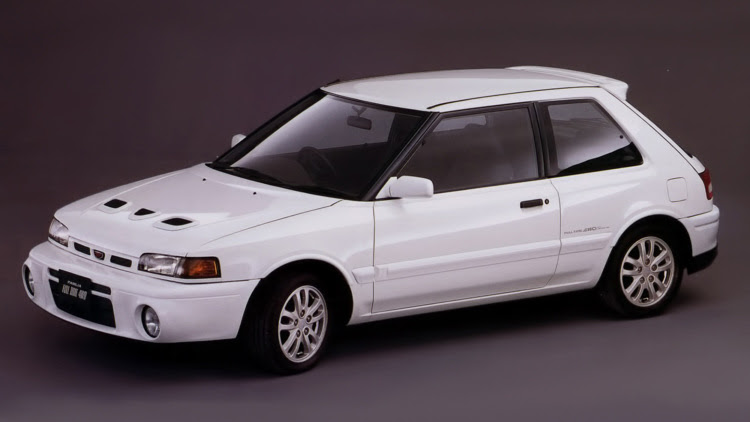 Another rally homologation special, and it won't be the last. The early 1990s were rally's golden era, and even lesser-known street versions like this Familia GT-R (related to the American 323) were pretty neat.

We actually got, in very limited numbers, this car's predecessor: the 323 GTX. However, the Familia GT-R was much stouter, producing 206 horsepower from an internally strengthened engine and stiffer suspension. And there's all-wheel drive to claw at slick road surfaces, but be prepared not to stall it when setting off: there's not much torque down low, until the turbo spools up. Think of it as an early STI or Evo, but smaller and lighter, and you'll get the picture. 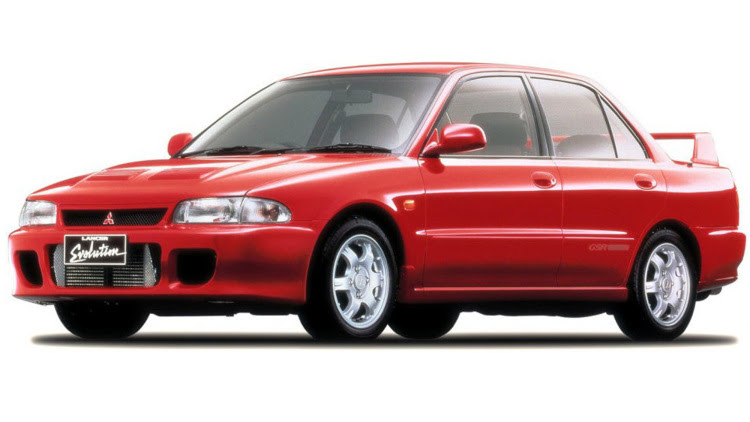 The original Lancer Evo is deservedly a legend. Its origin is similar to that of its arch-rival, the Subaru WRX. The Evo is mechanically related to the larger Gallant VR-4, a turbo AWD sedan (like the WRX was related to the larger Legacy turbo models). Mitsubishi took that drivetrain, including the legendary 4G63T engine, and stuffed it into the smaller Lancer to create the Evo.

The result was undeniably impressive: 247 horsepower in what amounted to an economy sedan. It got even better with the 256-hp Evo II, which you'll have to wait until 2018 for. Even so, the original is worth hopping on now. 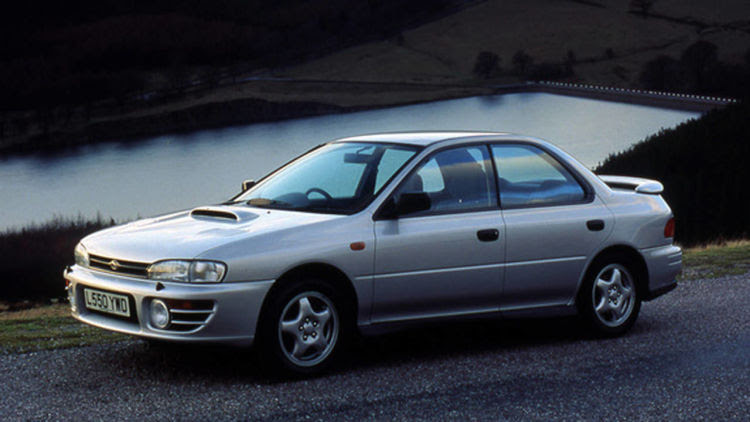 While it seems like the elder statesman of the rally-inspired road car scene now, it's worth remembering that the WRX actually debuted in 1992 ... and with a substantial 236 horsepower produced by its turbocharged 2.0-liter flat-four.

You'll have to wait another year if you want a wagon, or two if you want the STI, but we're willing to wager that a 236-hp version of the old-style Impreza, being lighter and perhaps purer, will be plenty of excitement. If you want something more special, grab a lightweight Type RA. 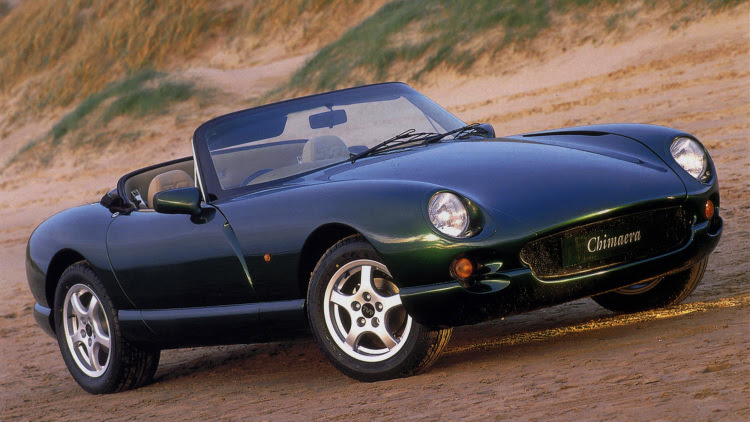 Later TVR vehicles developed into swoopy, alien shapes, which were fascinating and striking. The Chimaera (and its earlier, and very similar Griffith chassis-mate) recalled the more classic TVRs of the 1960s. They also followed the less distinctive TVR "wedges."

The best part of the Chimaera, however, is the Rover-derived V8 up front. It was available in several displacements and horsepower ratings throughout the years. Whichever submodel you choose, you'll likely have the only one on the block.