What a way to celebrate your 80th anniversary!

For the third year running, Ferrari owners from all across the world have taken to the streets for the Cavalcade Classiche in celebration of Ferrari's illustrious 80-year history, culminating in one of the most breathtaking scenes ever to befall the Italian capital of Rome. From 20-22 September, crews gathered from across Europe, the Middle East, the Far East, New Zealand, Australia, and the United States, touring the Lazio countryside and the Appian Way Archaeological Park in a range of classic Ferraris as part of Ferrari's annual Cavalcade Classiche, forgoing modern wonders like the F8 Tributo and SF90 Stradale for vintage machinery from the marque's history.

Ferrari's international clientele was given the opportunity to drive the newly-designed route, driving past the same scenery and small towns through which these classic Ferraris would have been tested through when originally built, passing through Borgio San Pietro before climbing Mount Terminillo on their way to the Marmore Falls.

The event came to a magnificent close on Sunday, though, as a parade of more than 80 vintage Ferraris including a 1954 Ferrari 750 Monza, a 1957 500 TRC, and a beautiful 1964 275 GTB arrived in the eternal city, Rome, passing through the idyllic towns of Frascati and Castel Gandolfo on their way. The parade of classic Italian super sports cars led a procession through the city visiting some of the Italian capital's most iconic landmarks including the Colosseum. The city ground to a halt as everyone stopped to watch Maranello's finest machines from the brand's eight-decade history, despite the rain soaking the streets.

Although Ferrari was officially established as an auto-make in 1947, when the first-ever car badged as a Ferrari was completed, Enzo Ferrari actually established the brand in 1939 as Auto Avio Costruzioni out of Alfa Romeo's racing division. The Auto Avio Costruzioni 815 was the first car completely designed and built by Ferrari, despite legal issues with Alfa Romeo prohibiting the Ferrari marque being officially used. 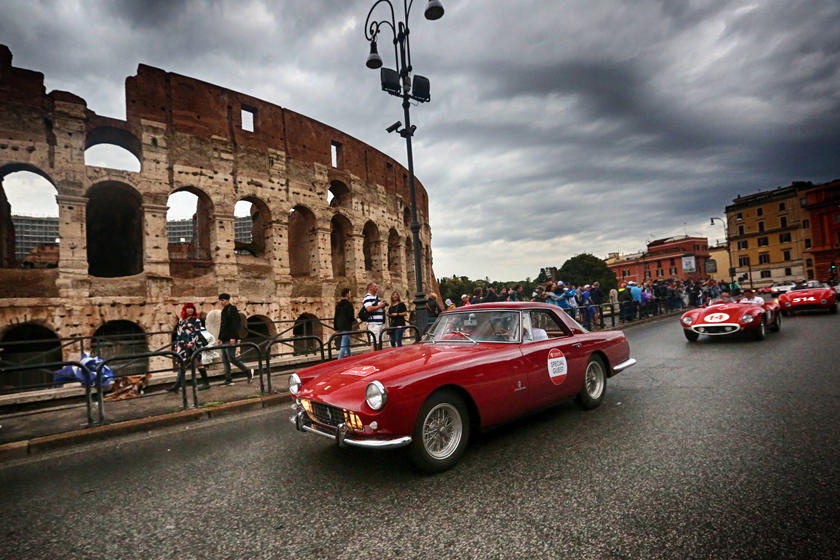 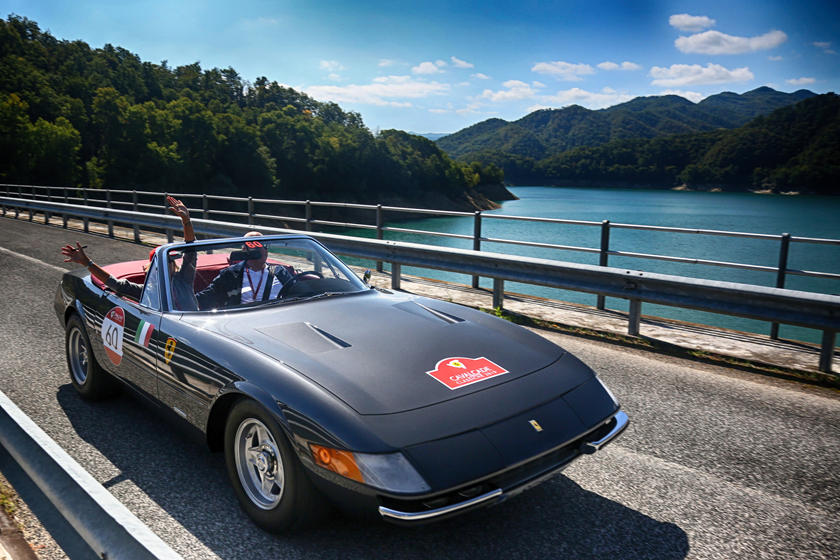 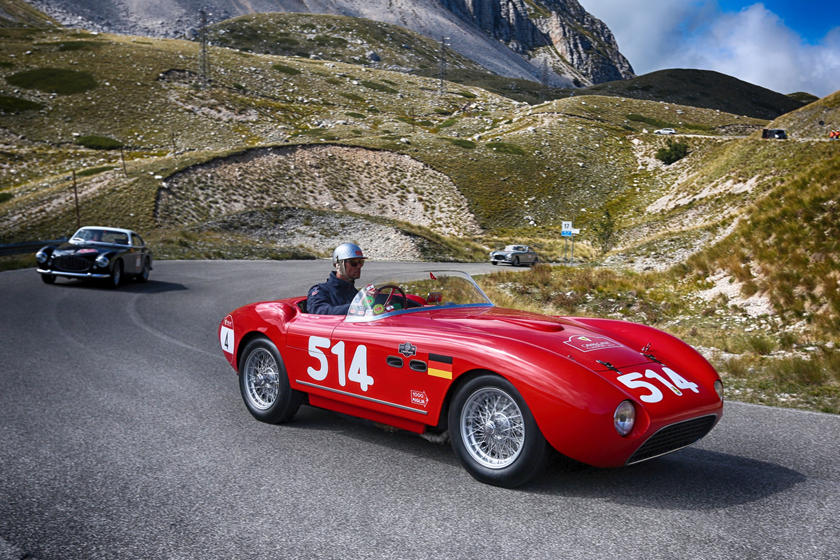