On the road with E-Type, Range Rover, and Land Rover Series I.

Don't you think, occasionally, what it would be like to make yourself 20 years younger in one fell swoop? Or what if you could trim 50 years off your parents' age? Unfortunately, we humans haven't yet found the source of eternal youth. But an automotive fountain of youth? That's available to anyone with the means, and one of the best is in Coventry, West Midlands, Great Britain. It's called Jaguar Land Rover Classic, and its Reborn program transforms select vintage cars into the closest they can get to factory fresh.

The master of this operation is Tim Hannig, the director of JLR Classic. He describes his area as a "company within the company" and his more than 120 specialists (plus the new Classic Center in Essen, Germany) give old cars a new lease of life.

JLR Classic carries out the normal maintenance and restoration work for Jaguar and Land Rover customer cars. Classics include all models that have been out of production for ten years or more. Another aspect of the shop is the "Legends Continued" line, where nine complete Jaguar XKSS models from 1957 were rebuilt from scratch. Then there are also unusual projects such as the Land Rover Defender Works V8 and the electric Jaguar E-Type Zero – JLR Classic was behind both of them.

The Reborn program is the heart of things, and its pursuit of perfection is impressive. Not every JLR product is a candidate for restoration – there can only be so much rust, because the Classics team completely dismantles the vehicles. According to Hannig, at least 80 percent of the original vehicle should be usable. The rebuild is based on the car's original plans, while the work on safety-relevant parts includes new items from the Classic range.

Although the Reborn models are far more expensive than what they originally cost, their well-heeled owners have unparalleled peace of mind.

And how do the Reborn models perform? I got the chance to drive three of the outfit's different vehicles: A Land Rover Series 1 from 1949, a Series I Jaguar E-Type Coupe 4.2 from 1965, and a 1978 Range Rover. Ever dream of being stuck in a toy store as a kid? This is the adult version of that.

Let's proceed chronologically. In the very early Land Rover (the first came on the market in 1948) I voluntarily change to the passenger seat – the combination of such antiquated mechanicals (even post restoration) and British traffic seems a little too risky to me. But it doesn't matter, because even as a co-pilot the original Landy fascinates. Like an ibex, we hop over narrow roads, because the creators of the Land Rover targeted the wheelbase of Willys MB, the ancestor of the Jeep and the workhorse of the Allied victory in World War II. To hold on, an aluminum rod runs across the cockpit.

The airflow whistles through the spacious fabric roof, and the platform is open at the rear anyway. Of course there is no air conditioning. Instead, a mixture of sliding windows, fan heaters, and a fold-down windscreen provide the right air circulation. Just 50 horsepower from the 1.6-liter engine is surprisingly powerful (good for forests and fields), but also very loud. At just 30 miles per hour, my driver and I are shouting at each other to be heard.

The Jaguar E-Type is much more civilized, but also very fascinating, behind the large wooden steering wheel of which I am then threaded. A massive side skirt requires gymnastics to get behind the wheel – as cool as this car is, I look decidedly un-hip getting in and out. I look at a wonderful dashboard with round instruments, and in front of me, a long bonnet hiding 269 horsepower from a 4.2-liter straight-six stretches towards the horizon. The British magazine Autocar tested an identical example of our car way back in 1965. The result was 7.6 seconds to 100 kmh and at that time a legendary top speed of 246 kmh

The pedals are very close together, which initially accelerates my pulse. But after five minutes of driving I feel as if I've known this E-Type forever. The 283 pound-feet push the E-Type forward powerfully, but at the same time the Jag also likes to drive at low speed. A beefy engine with a smooth straight-six note and the click of the buttery-soft four-speed gear shifting slotting into gear is a classic combination, even if the old-style radio now boasts a navigation system. Here the term "old new car" is really right. This wonderful Gran Turismo encourages almost erotic verbal excesses but let me put it this way: Those who don't love this car have never loved cars.

Unfortunately, every rose has its thorns: initially JLR will build only ten Reborn E-Types, each costing at least 285,000 British pounds ($371,000 at today's rates).

The Range Rover Classic, on the other hand, looks almost cheap at 135,000 pounds ($175,000). I climb inside the historically correct Bahama gold (an ochre yellow) body of unit number one. The Range Rover is a kind of yacht for the street with huge windows, right angles and a lot of space inside. Fortunately, the Rover 3.5-litre V8 with two Zenith Stromberg carburetors deliver a lot of torque.

The 185 lb-ft of torque, available from 2,500 rpm, help me bridge the extremely stubborn second gear. Unfortunately, the throw from gear to gear is heinously long – third gear is very far to the right, and for fourth, I feel like I need to shift the gear lever behind the rear axle. It feels like the Range looks older than the E-Type. But this is the credo of Jaguar Land Rover Classic: original specification, and in the case of the Range Rover, one from 1978. By coincidence my year of manufacture. And I'm not perfect either. 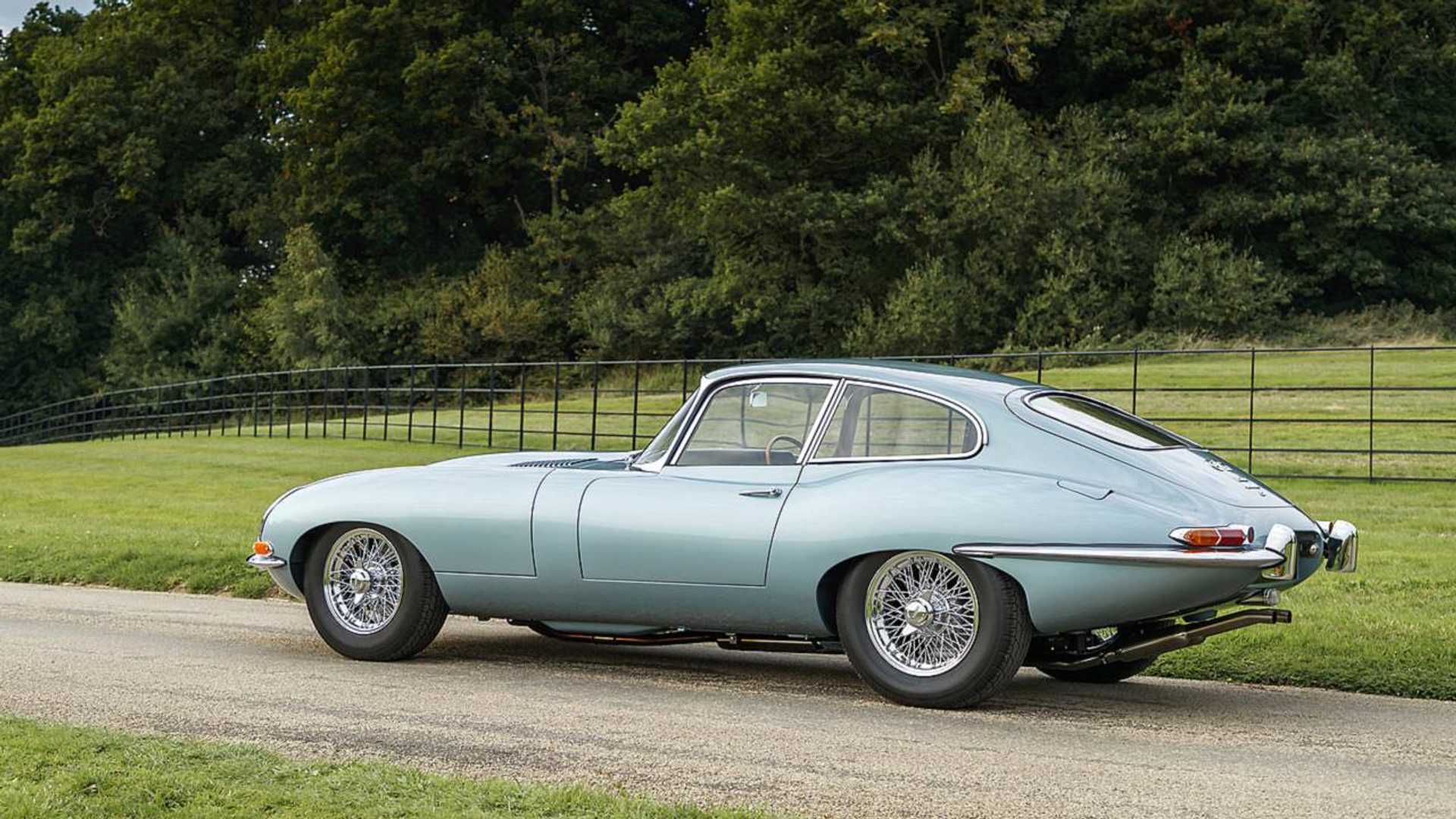