This Lancia Stratos Is Cooler Than Many Ferraris Spectacular examples of both the original and modern tribute are coming up for auction.

Lancia has produced no shortage of legends over the course of its long history, but few can hold a candle to the iconic Stratos. So long is the shadow that it cast that it's since been revived in a modern tribute that's been decades in the making. And the very first of those examples is coming up for auction - alongside a rather splendid example of the original.

Originally designed from the ground up as a purpose-built rally machine by the legendary Marcello Gandini for Carrozzeria Bertone, the original Lancia Stratos positively dominated the rally scene in its day.

It won the constructors' title in the World Rally Championship three years running, the European Rally Championship for drivers for another three, and when a WRC title for drivers was established in 1977, it won that too. Regulations required Lancia to homologate a limited number for the road, and nearly 500 were completed, and they remain highly coveted among collectors today.

Fast forward to the 1990s when an enthusiastic teenager named Chris Hrabalek acquired the Stratos name and designed a modern tribute as part of his studies in transportation design at London's prestigious Royal College of Art. With private financial backing, Hrabalek displayed his design at the 2005 Geneva Motor Show.

Things didn't go so smoothly from there, unfortunately. Hrabalek and company contracted Pininfarina to hone the design and engineering, using as its basis the Ferrari 430 Scuderia - precursor to today's Ferrari F8 Tributo. But while Ferrari under the direction of Luca di Montezemolo was duly impressed, it refused to allow it's construction and crushed the program.

By now, of course, the 430 Scuderia is long since out of production, with plenty available second-hand. The former Pininfarina engineer responsible for its gestation has acquired the rights and set up Manufattura Automobili Torino (MAT) to build it, shortening the 430's chassis and upgrading its 4.3-liter naturally aspirated V8 to 540 horsepower.

No more than 25 examples are earmarked to be built, of which this is the very first - resplendent in its Alitalia throwback livery and showing 30,000 kilometers (~1,900 miles) on the odometer. Bonhams will auction it off to the highest bidder at the Grand Palais in Paris on February 6 during the Retromobile week of classic-car festivities, and valuing the New Stratos at about €800,000 (or nearly $900k at current exchange rates).

True fans of the Stratos (with deep enough pockets) however might also be interested in the original example being sold alongside it (but separately). The blue 1976 Lancia Stratos HF Stradale has had three owners, was recently restored, and is valued at €450k (~$500k). Better yet, buy both. 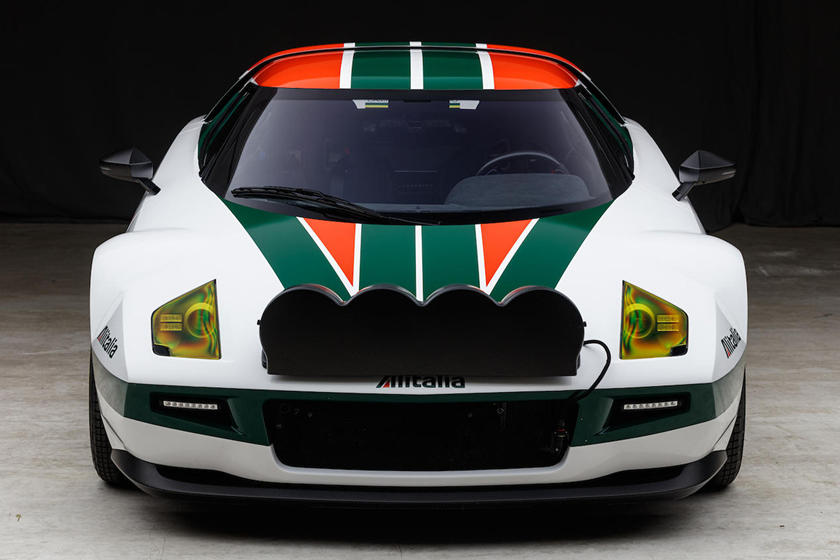 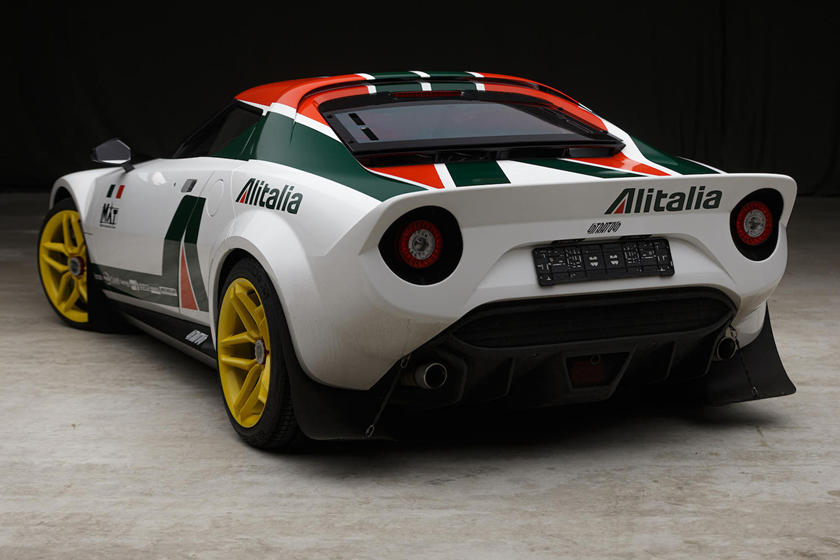 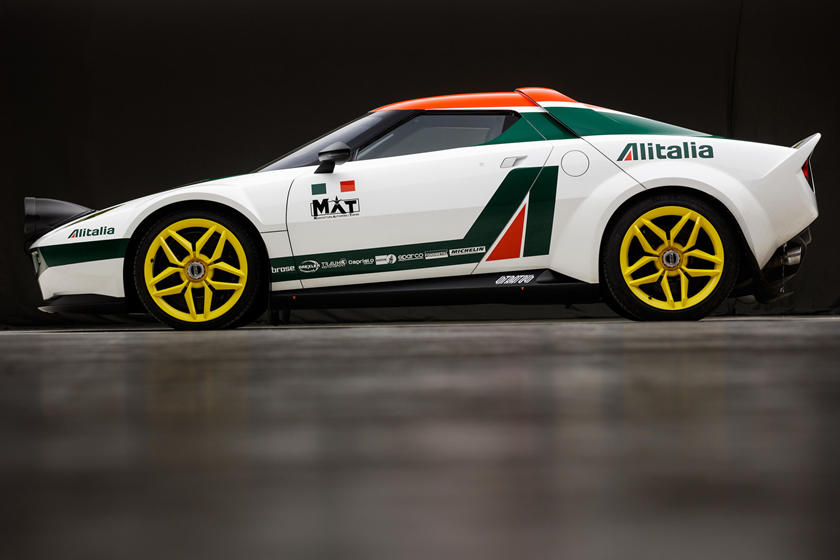