This Rare SS Jaguar 100 is Looking for a New Owner

The SS 100 Jaguar with the 3 1/2-liter engine is quite an exquisite automobile.

The last proper pre-war sports car from William Lyons before the Blitzkrieg came a-knockin', this fellow here is one of 118 units ever made.

Chassis number 39011 is called SS because Jaguar was known as SS Cars Ltd. Back in the day. The acronym for the Swallow Sidecar Company gained a bad connotation meaning after the Weimar Republic gave way to Hitler's chancellorship in 1933, hence the switch to Jaguar Cars.

RM Sotheby's describes this blast from the past as "a highly eligible, ideal vintage rally entrant." The car - 1937 model in right-hand drive – competed in a number of vintage rallies such as the Flying Scotsman. It should also be mentioned that from 1937, the SS 100 switched to an all-steel construction to improve the stiffness of the chassis. But that's not the only change made by Lions.

A wider body and bigger doors are also featured, and the overhead straight-six engine was bored to 3.5 liters of displacement. A different manifold helped the powerplant push out 125 brake horsepower, translating to a maximum velocity of more than 100 miles per hour (160 km/h) on full song.

William Lions ceased production of the SS 100 by the end of the decade because World War II had started, focusing instead on sedans and helping with the war effort. Chassis number 39011 left the factory in Coventry in December 1937, originally painted in Gunmetal over a black leather interior. The car's history remains pretty much murky up until 1985, and in 1994, the SS 100 was sold by its London-based owner to Gerhard Grada in Germany.

RM Sotheby's claims that Grada restored the vehicle to a great extent, performing a complete rebuild of the straight-six engine. He had also changed the color to a dark shade of British Racing Green, and since then, the SS 100 took to Germany, Italy, and the Czech Republic for countless vintage rallies. 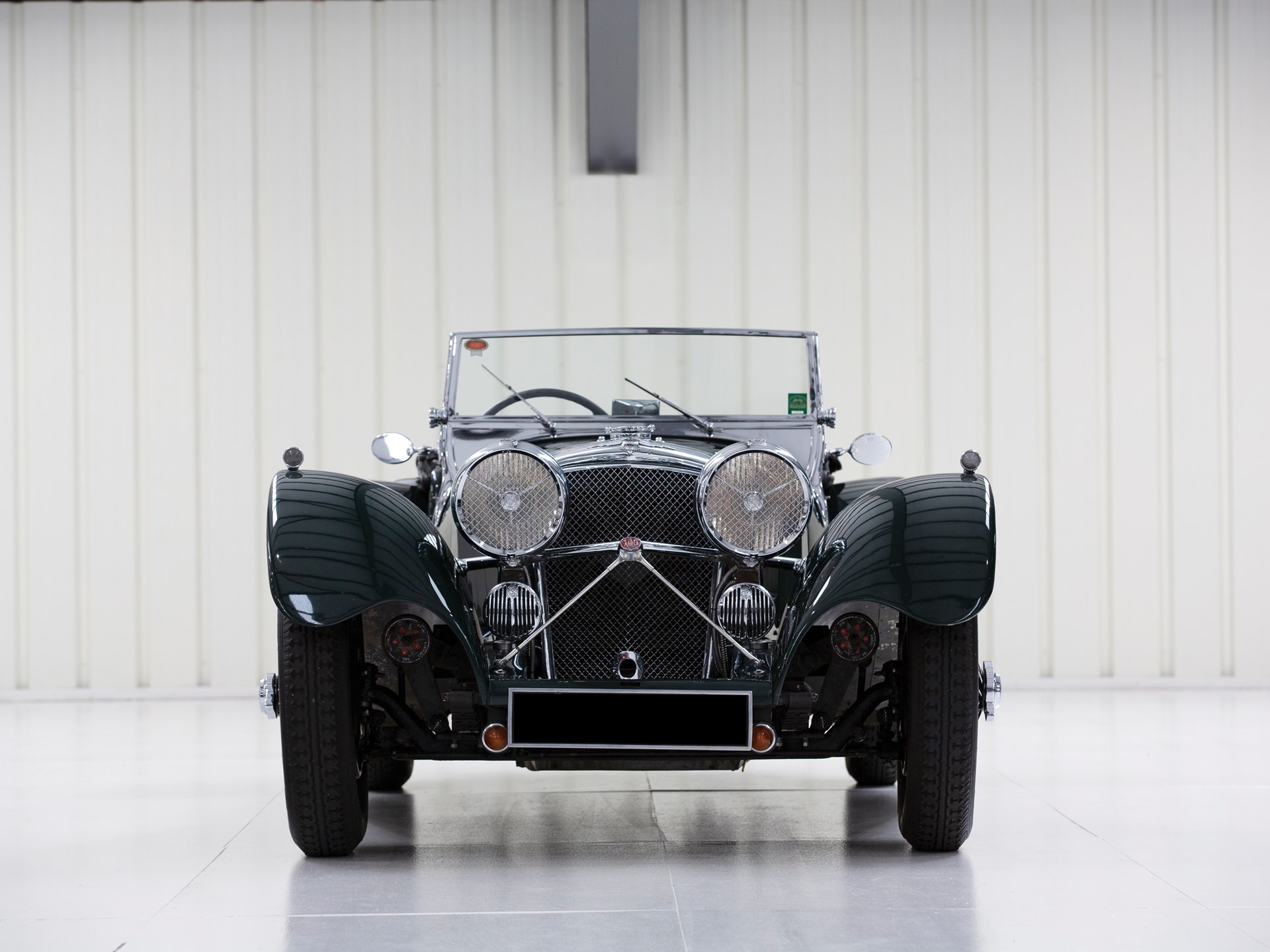