Pictures of this sinister-looking chopped Cadillac have been getting re-posted everywhere this week.

So, we decided to find all the details we could and discovered a car that's even more interesting than it appears at first glance.

Matte black paint is nothing new in the chop shop world. Leaving just the primer on used to mean "I don't give a hoot," but this Cadillac takes it to another level. Against the immaculate and extremely dark body, the copper accents added to its front end stand out even more.

The project was revealed in 2016 at the SEMA Show in Las Vegas. However, its concept began way before that. Wet Sounds Marine Audio, a company known for its custom sound system in wakeboard boats, wanted a custom vehicle to attract some attention and also tow some boats.

They made a lifted Silverado with some fancy speakers, right? Not even close. Company owner Tim White contracted Hot Rod Restos and together they came up with this idea, a classic Caddy with a trick-like heart. What started life as a 2-door 1950 Cadillac was massaged and chopped into a more streamlined shape. Restored from the ground up, the car doesn't share a single panel with a stock vehicle.

Dubbed "Nightmare", the custom Caddy is stretched by around 6 inches and sits atop a custom-built truck chassis with 8-lug 20x15 wheels. When it came time for accents, the front end went from normal chrome to copper-coated, a treatment also used for its engine.

While chopped rods usually get their power from small-block V8s, in this case, the original 331 OHV has been replaced with a 12-valve 5.9-liter Cummins engine with gigantic twin turbochargers. From what we gather, it makes 800 hp "normally" and up to 1,000 hp plus 2,000 lb-ft of torque when the meth injection system is used. 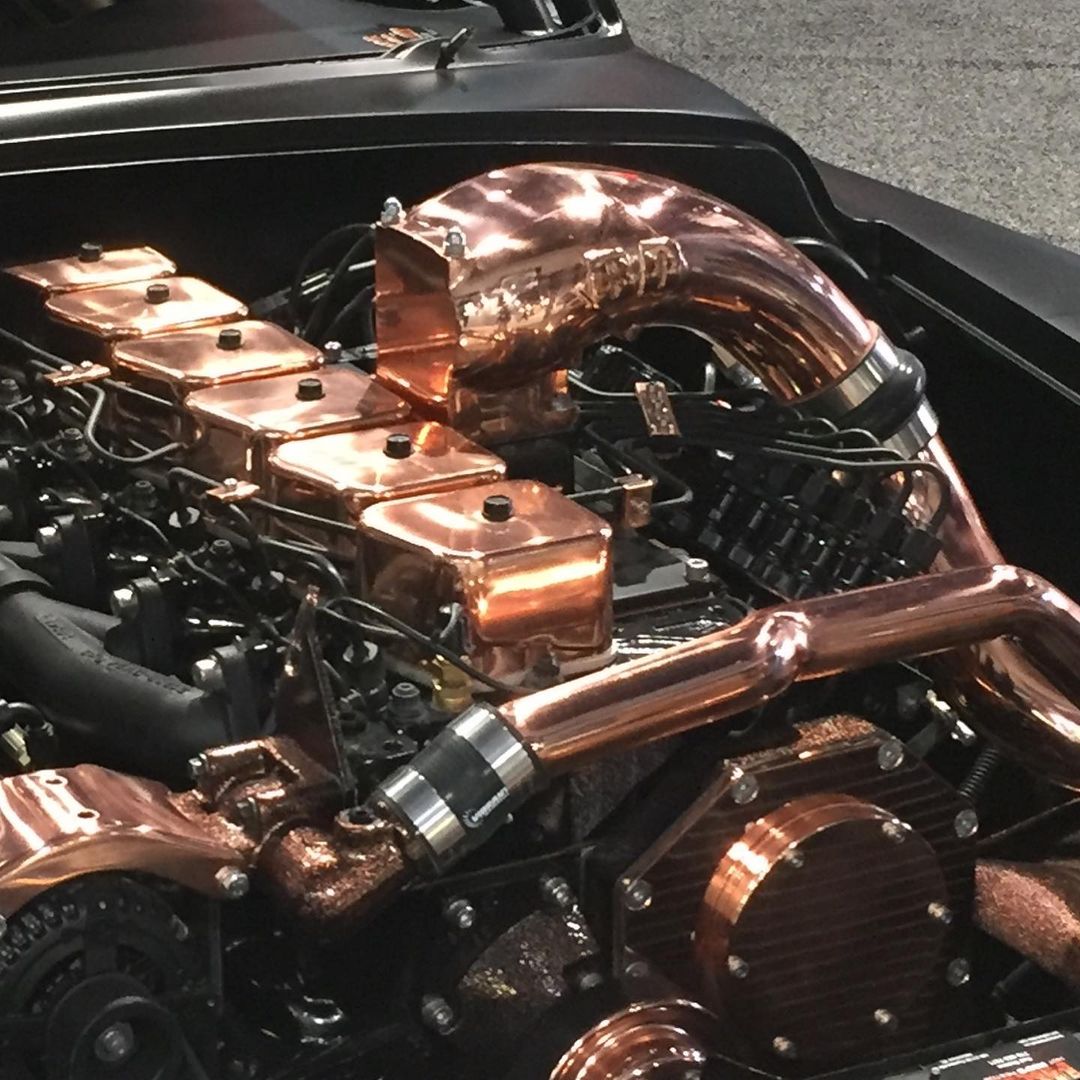 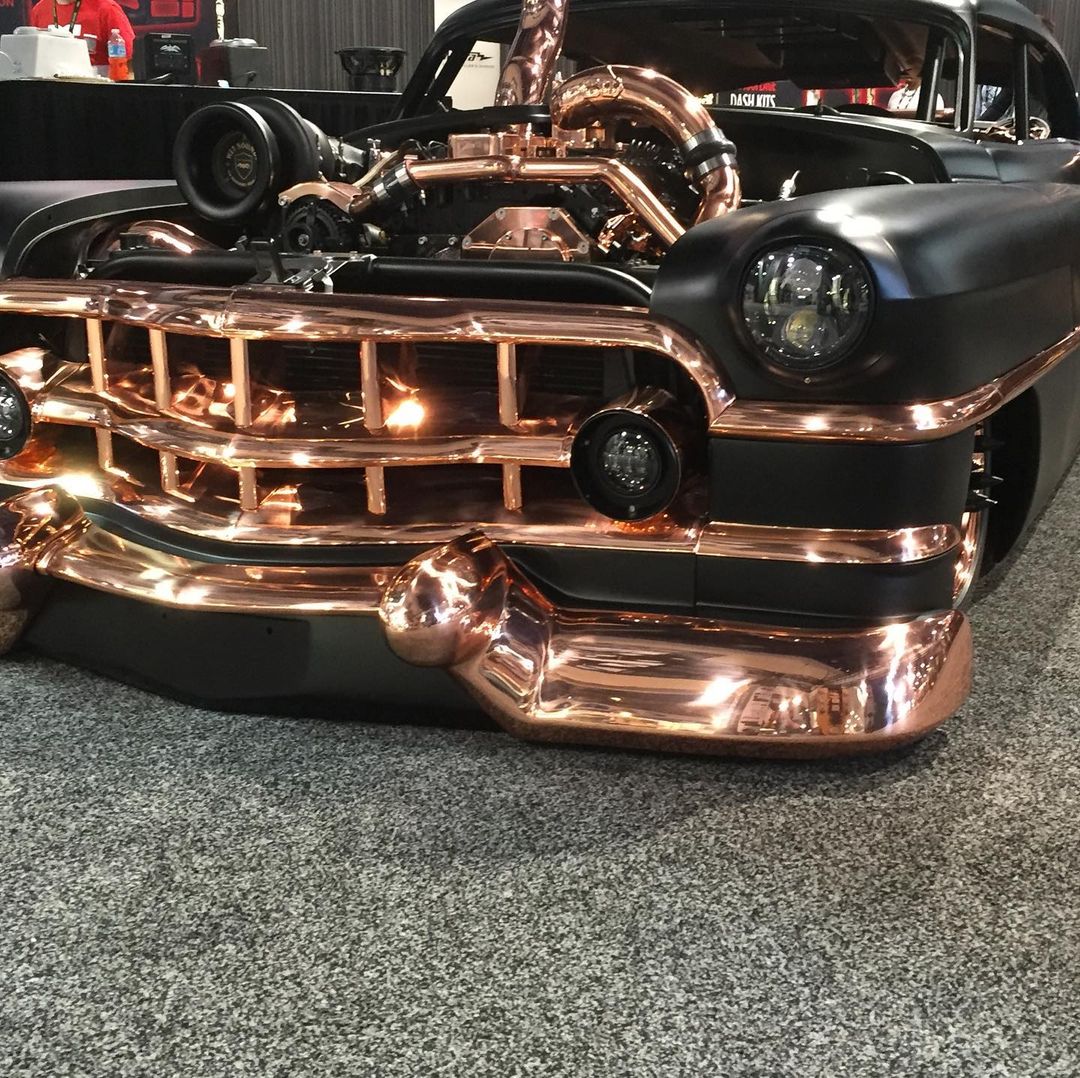 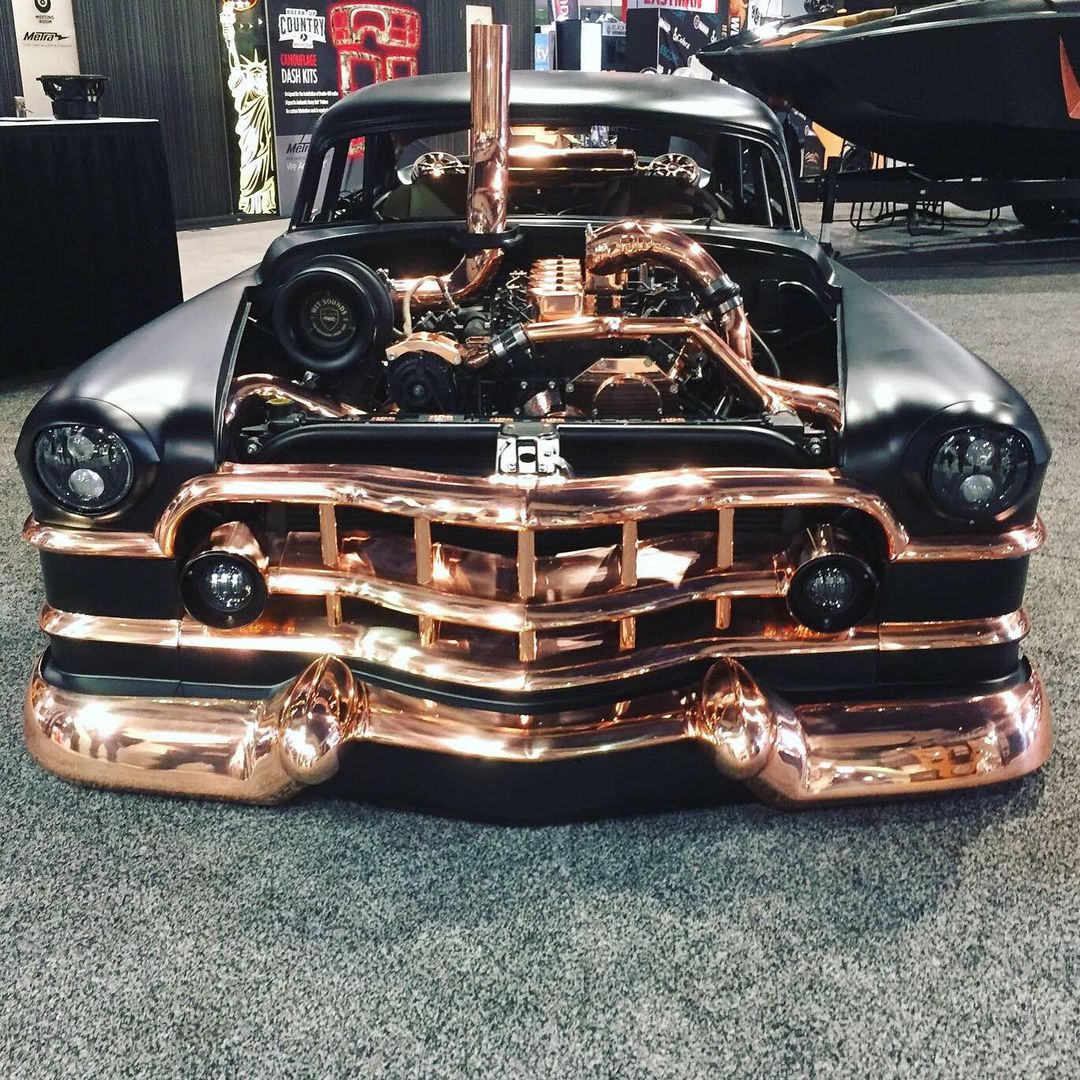 Custom 1976 Bronco Is How Ford Should Make The New One11 März 2020
Jeep Wrangler Gets Classic Car Makeover, Stands Out Like A Sore Thumb17 September 2019
Mini Goes Maxi With Limo Conversion20 November 2019
Custom 1933 Ford Roadster Has Staggered Wheels You Can Barely See10 März 2020
1939 Lincoln Zephyr Z-Livery Is A Caped Crusader Lurking In The Dark5 März 2020