Custom 1933 Ford Roadster Has Staggered Wheels You Can Barely See For reasons that would take too long to explain here, Ford is one of the if not the preferred nameplate chosen by custom car builders.

Whether they base their builds on an old Ford or just choose to give their creations this moniker, the name is probably the most used in the industry.

Now, with 2020 well underway we already have several major auctions behind us, we've already seen our share of Ford special builds, some extremely spectacular, others less so. But the year is still young, and there' are probably more custom Fords just waiting their turn in the spotlight.

We'll start the spring with this thing here, a 1933 Ford Roadster custom. Finished in 2013, the car is one of the best interpretations of a Ford Roadster we've seen in some time.

Built around a frame that was custom made for it, the car boasts an impressive, curvy body that seems very well knitted together. Contributing to this feeling is the color chosen for the exterior, a pearled-out white that seems to have been created with this build in mind.

Seen from above, the car reveals an interior in gray tweed, something we don't get to see very often, and that suits the Ford like a glove.

Under the very long hood that swoops down between the oval headlights lies, in the usual custom-builder style, not a Ford Engine, but a Chevy one: a 350ci V8 (5.7-liters), linked to a 5-speed automatic transmission.

And because we mentioned auctions earlier, this car is up for grabs at exactly such an event. It will go under the hammer at the hands of Barrett-Jackson during their Palm Beach event in April, without reserve. 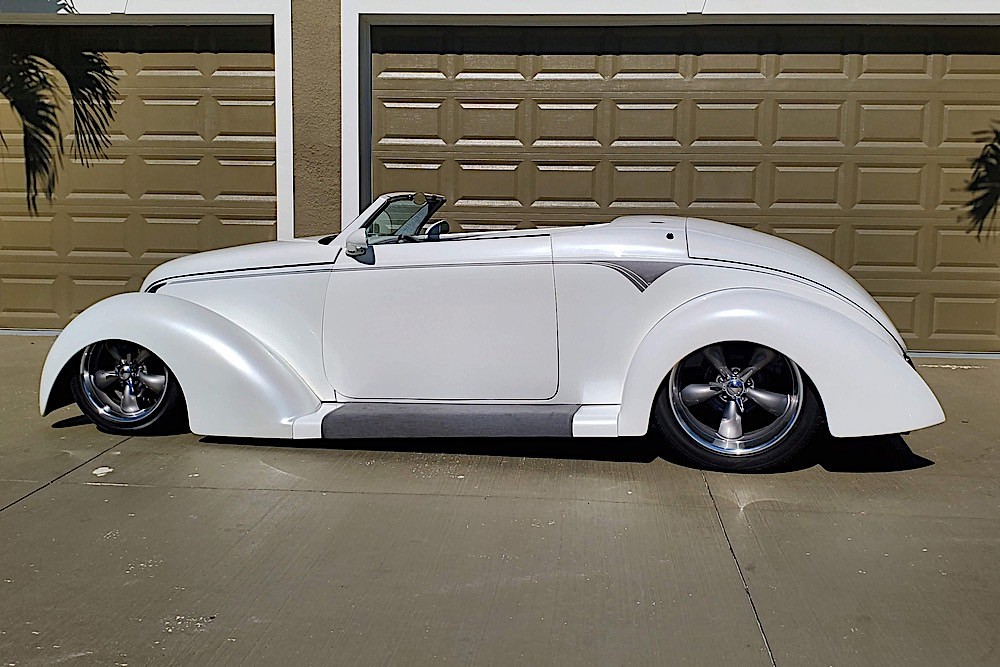 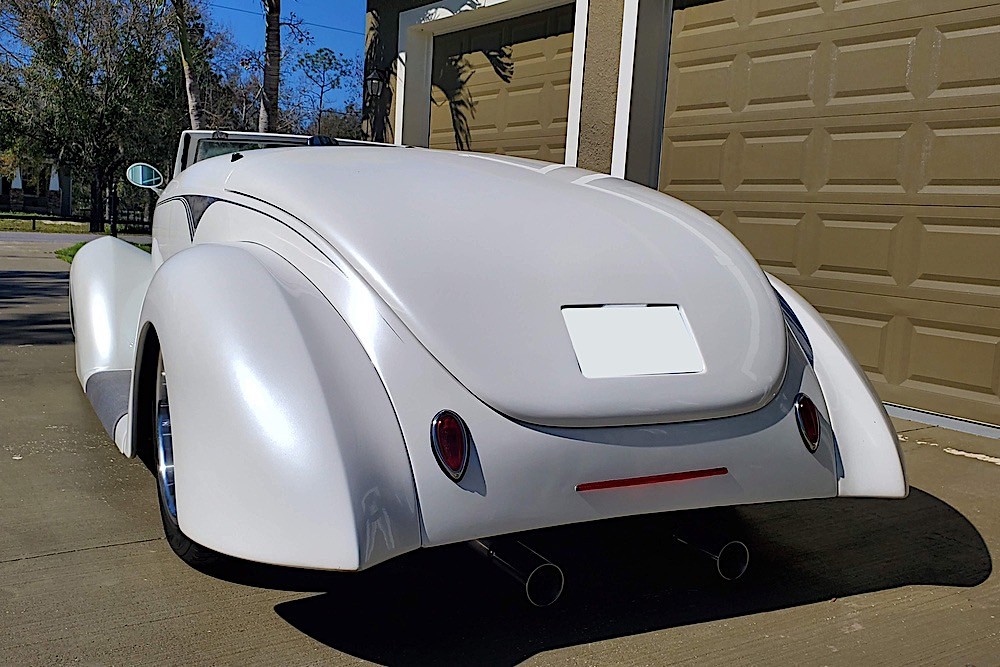 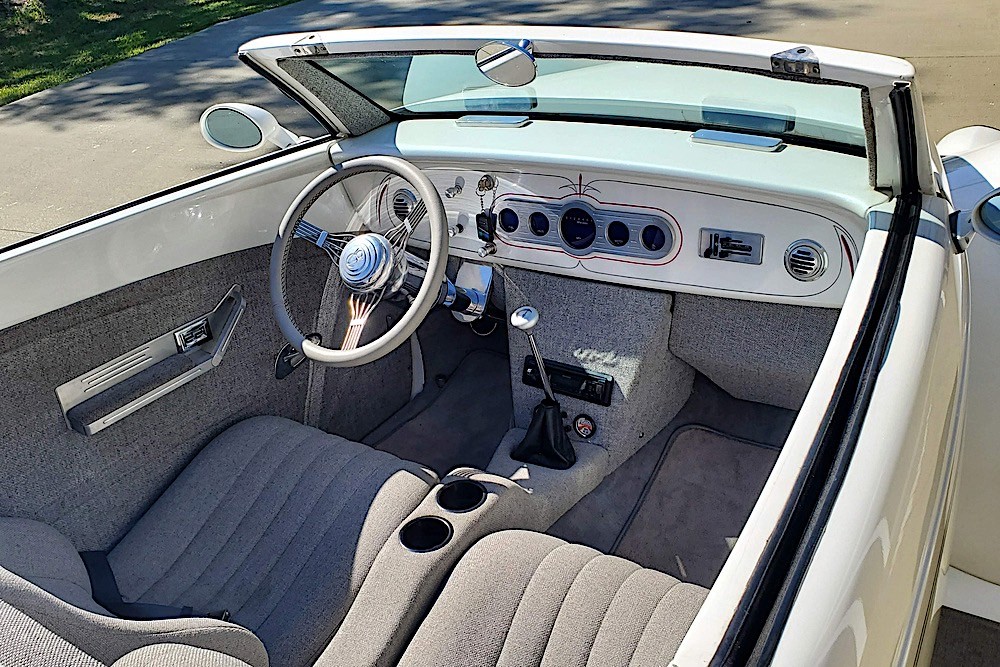 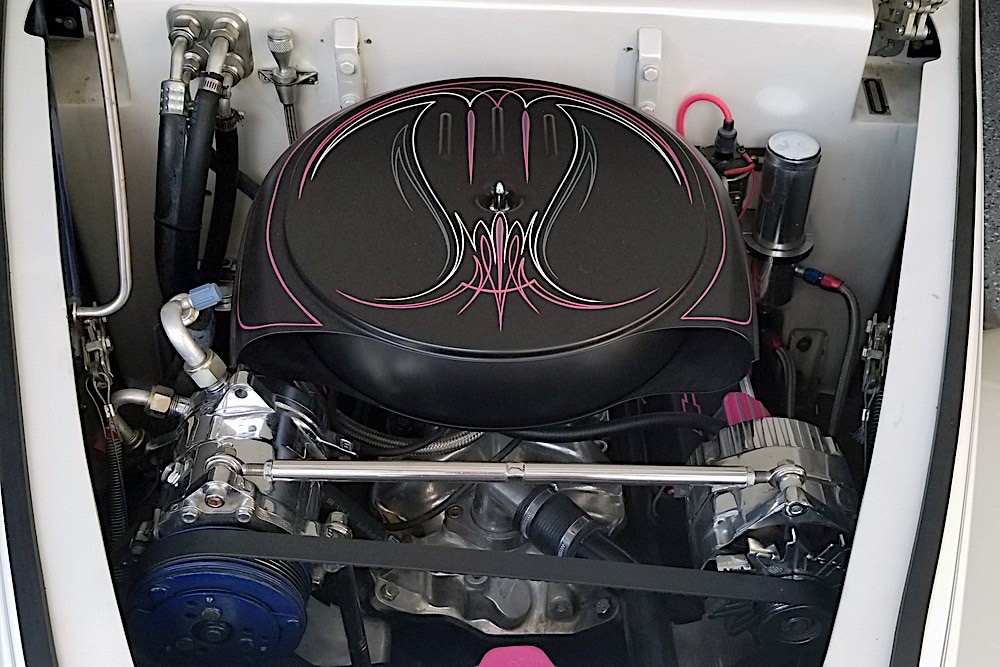 Custom 1976 Bronco Is How Ford Should Make The New One11 März 2020
Custom 1950 Mercury M47 Is A Pure Rebuild Of A Rare Pickup Truck24 März 2020
Jeep Wrangler Gets Classic Car Makeover, Stands Out Like A Sore Thumb17 September 2019
Mini Goes Maxi With Limo Conversion20 November 2019
1939 Lincoln Zephyr Z-Livery Is A Caped Crusader Lurking In The Dark5 März 2020