Four-door sedans were prototyped — and a wagon roamed American roads

With four doors, an electric powertrain, and available all-wheel drive, the 2021 Mustang Mach-E takes one of Ford's most storied nameplates into uncharted territory. While building an electric Mustang is a relatively new idea, the pantheon of automotive history is full of design studies that explored how to make the world's most popular pony car more family-friendly.

In the middle of the 1960s, when its image wasn't set in stone yet, the Mustang could have been anything. Ford experimented with two-seater models early on, and it transformed a coupe into a four-door sedan in 1963. The prototype looked just like a coupe with a stretched wheelbase and an extra set of doors. Browsing through Ford's archives department also reveals the company had several two-door station wagons on its drawing board, and development work continued after the Mustang's 1964 unveiling. It was a wildly popular car, so executives wanted to keep the momentum going.

The Mustang's coolness also attracted third-party companies. In 1965, when the Mustang was still the talk of every town, designer Robert Cumberford asked friends Barney Clark and Jim Licata to help fund the development of a shooting brake-like Mustang station wagon using one of the first coupes off the production line. Cumberford told Autoblog his goal was to make the wagon look as factory-built as possible; he hoped to slot it into the Ford range, not into the Hot Wheels catalog.

Cumberford often worked with Italian coachbuilder Intermeccanica, so he chose the firm to carry out the conversion. He sent a series of drawings plus a white coupe powered by the 289-cubic-inch V8 to Turin, Italy. Several months later, he took delivery of a red, one-of-a-kind Mustang wagon. (Later to be painted dark green as shown in the photos above). It ticked all of the wagon boxes, including fold-down rear seats, rails in the cargo compartment, and a rear window that retracted into the tailgate. The rear quarter windows popped open, too.

Ford didn't want the car; if it was going to make a Mustang wagon, it would get it from one of the designers on its payroll. Cumberford tried selling the project to other, smaller companies (including the Avanti Motor Corporation in South Bend, Indiana) but soon realized no one had enough money to fund it. While it wasn't all that expensive, setting up the project required a sizable amount of capital.

"I drove it a lot, I put thousands of miles on it," Cumberford reminisced. He proudly noted it's still the best-handling first-generation model he's ever driven because the wagon conversion added much-needed weight over the rear axle. It should have handled even better: it was set to receive a custom-designed independent rear suspension kit that included a Spicer differential shared with the Jaguar E-Type. The setup didn't make it onto the car because several parts got lost during the build.

The Mustang wagon attracted a tremendous amount of attention everywhere it went, so it's reasonable to assume it would have been sold relatively well had someone put it into production. It remained a one-off model, and Cumberford ultimately sold it to a dentist in Portland, Oregon, whose family used it as a daily driver for years. It hasn't been seen in decades, and its fate is an enigma. Cumberford tried tracking it down to buy it back and restore it but wasn't able to find it.

Meanwhile, Ford put the wagon project on hiatus, initially to focus on the better-selling coupe, fastback, and convertible variants, and later to allocate time and money to developing the Pinto-based Mustang II. Designers again experimented with a two-door wagon in 1976, when the third-generation, Fox-based Mustang was at the embryonic stage of development, but there's little evidence the prototype (which wore fake wood paneling) was a serious candidate for production. 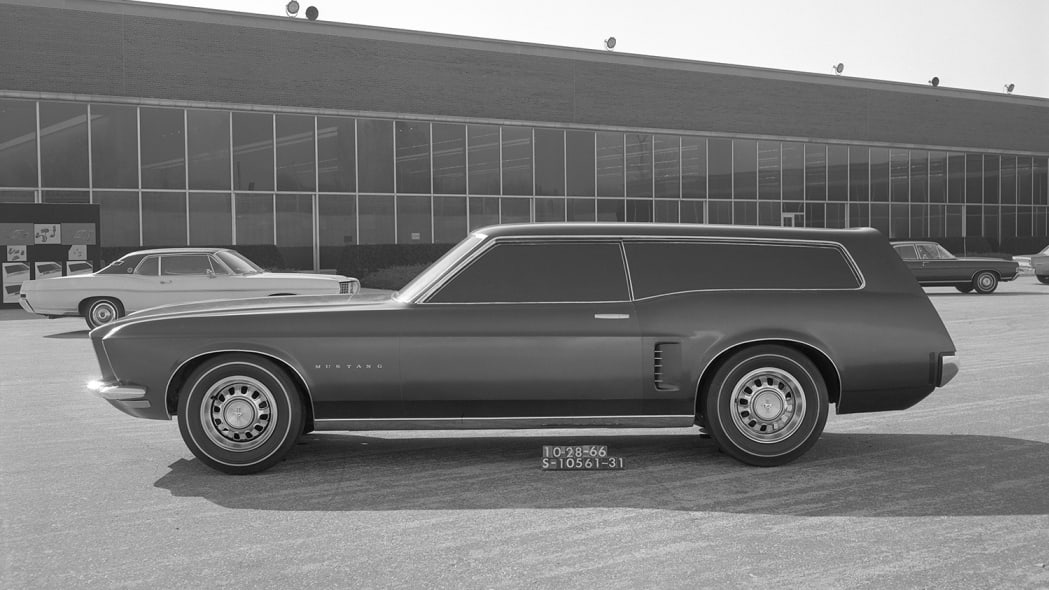 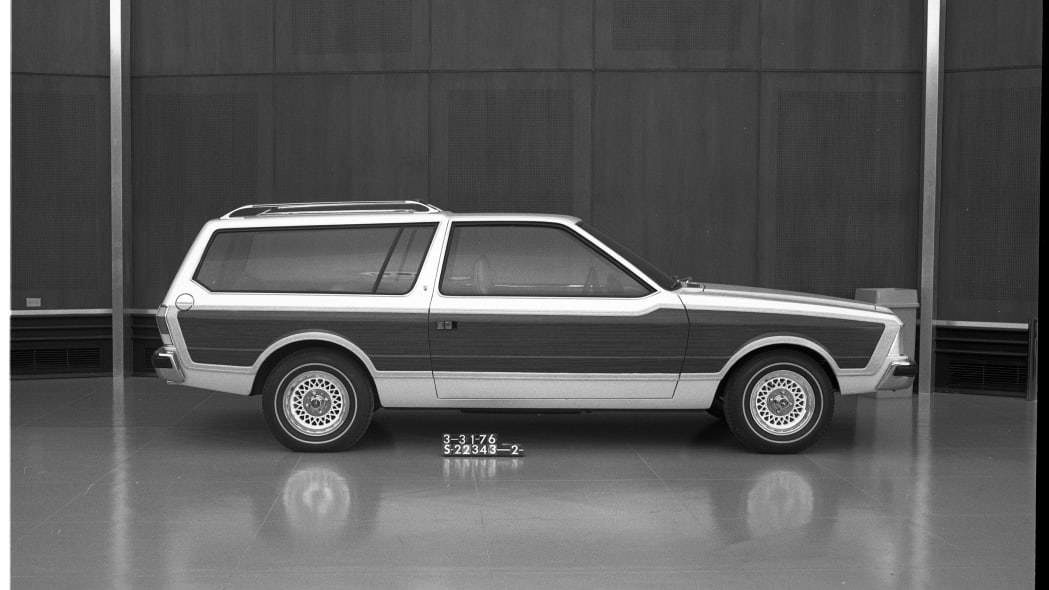