history
66 years ago, we packed our bags and headed for the Geneva Motor Show

For the third year running, the Geneva motor show – the car industry’s biggest annual bash – has regrettably been cancelled, so let us look back on a happier time.

The 1956 salon was “noteworthy for the fine array of coachwork art from Italy”. These included Ghia’s Jaguar XK140 (“a car to delight every enthusiast”), a “severe but distinctive” two-door based on the Mercedes-Benz 300 and a Jaguar Mk VII coupé from Farina, and an “unusually beautiful little coupé” made by Abarth and Bertone on a Fiat 600 (seen above in gold). And we really did mean little: the 215A was a hardly believable 3ft 8in tall. 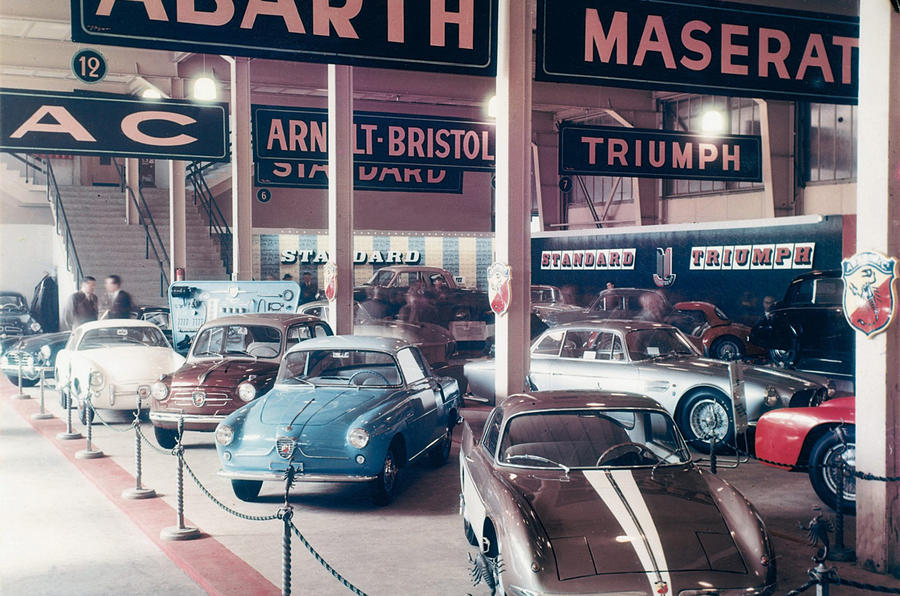 More handmade beauties came from the only native firm present, Graber: two soft-top versions of the TC 108G from Alvis, with which it would enjoy a long, fruitful bond.

The only all-new car there was the funny little Renault Dauphine, which we suspected could strongly challenge the Volkswagen Beetle.

American and British companies also displayed healthy contingents. But even so, greatest attention within the vast halls was paid to a coach, of all things. The space-age 18-seat Golden Dolphin, made by Viberti, could be propelled by its Fiat gas turbine at up to 125mph!

Rather than brave it on a de Havilland Comet, our man went to Geneva in a Radford-built Sapphire Countryman with Armstrong Siddeley’s exports boss. The big saloon, with a 3.4-litre straight six, “provided restful and efficient transport”, with a (mostly) comfy ride, easy power steering, low-speed docility and “quite happy” 80mph cruising, “and attracted lots of attention wherever displayed”.

While exotica peacocked in Geneva, prohibitively taxed Danes browsed economy cars in Copenhagen and gazed longingly at the Citroën DS. Ford and Volkswagen were leading forces and got much attention with their new Zodiac and Karmann Ghia. British cars were prominent – from Nuffield brands especially – as were Germany’s ultra-cheap microcars.