The luxury brand is celebrating 70 years of Continental with a look at the rare original.

Bentley has been around for more than a century. However, it was only in 1952 when the luxury automaker first used the Continental nameplate. Celebrating 70 years of Continental, Bentley looks back at the R-Type Continental – the forebear of the modern Continental GT.

The Bentley R-Type Continental was a rare sight, not only today but also back in '50s. With a three-year run until 1955, only 208 examples were made by Bentley. It was the fastest four-seat car in the world when it debuted, while also among the most expensive at £6,928 or $8,737 at today's exchange rates. Back then, this amount of money was four times the average UK pricing of houses.

A brainchild of Chief Projects Engineer, Ivan Evernden and Chief Stylist, John Blatchley, the R-Type Continental was powered by a 4.6-liter inline-six engine that made 153 horsepower (113 kilowatts). Its prototype averaged 118.75 miles per hour (191 kilometers per hour) over five laps at the banked Montlhèry track.

Of the 208 examples made, 193 were bodied by HJ Mulliner, while Park Ward (made four dropheads and two coupes), Franay (five), Graber (three), and Farina (one) complete the rest of the limited-run production.

Among the existing R-Type Continental units today, one of them is at the stewardship of the Bentley Heritage Collection, seen in the photos above. It is chassis BC16C with registration JAS 949.

JAS, as Bentley calls it, was a customer car, first owned by Dr. Rowland Guenin of Switzerland. Ordered in Ivory with a Red interior, Bentley acquired the unit in 2001. Since then, it has been maintained in excellent mechanical condition, while its patina is being preserved. The classic car is being driven regularly and appears frequently on display at the Bentley campus and at events around the world. 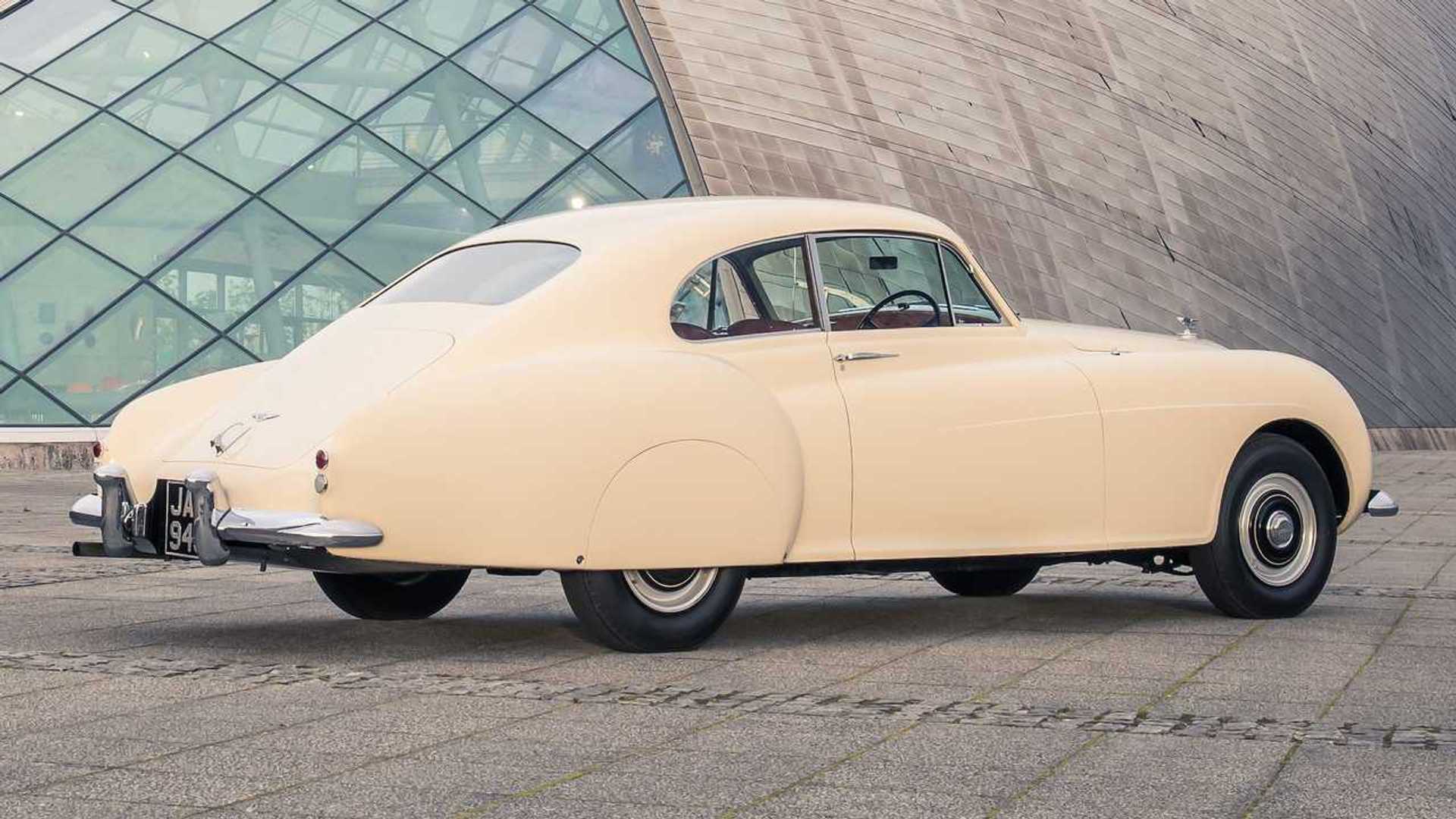 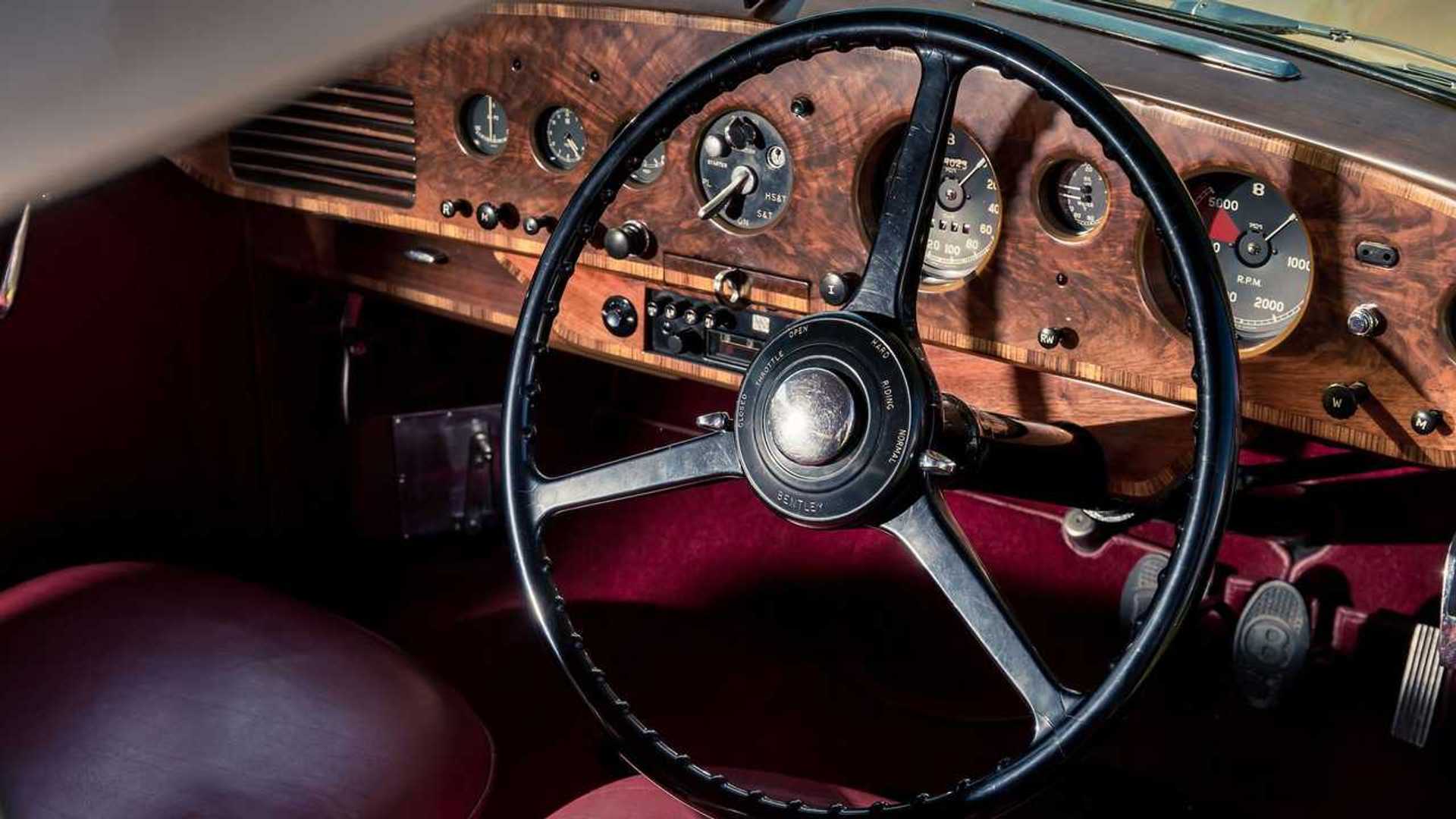 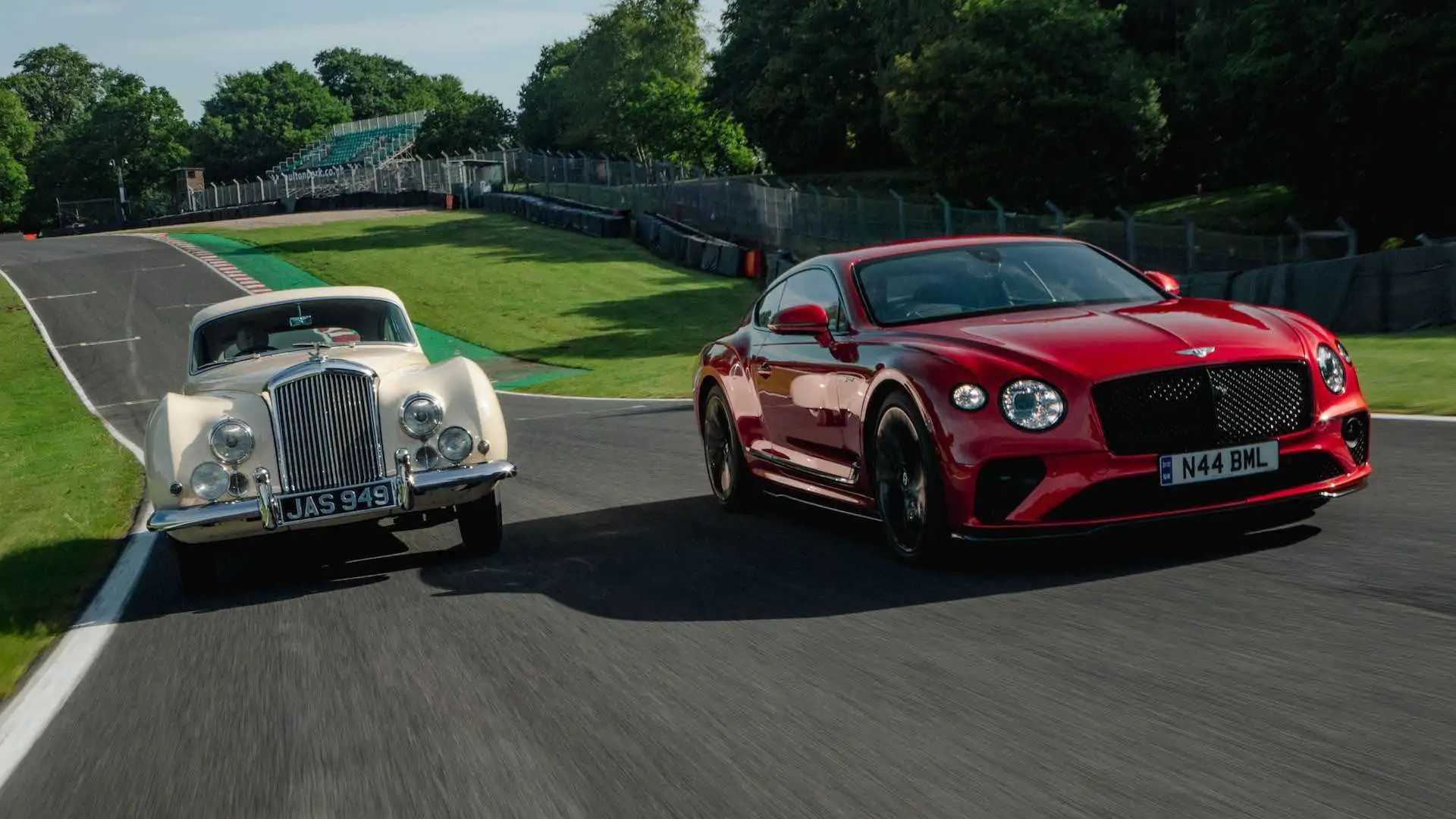