The Chevy Bel Air - it's a nice shape, very classic.

It's not necessarily connected to the muscle car scene, but lots of people have these nice restomods with the 350 small-block. But this isn't "nice"; it's the complete opposite of nice.

Meet the Matte Black Unicorn, a relative newcomer to the scene. The murdered out body is so cool it makes you wonder why somebody hasn't done it before and if it's a real car. We assure you that it's real, even though "Darth Vader's unicorn mount" would be a fair way to describe it.

In his interview with AutotopiaLA, owner Matt explains why he bought a 4-door instead of a 2-door Bel Air, which is more common in the custom scene. It's supposed to be family-friendy.

The project started as a clean, running 1956 Bel Air. It had good two-tone red and white paint, and Matt was even able to drive it home after he bought it. After a complete teardown, the Chevy got painted matte black where the red paint used to be and gloss black over the white parts. All those famous chrome pieces have also been darkened to match the theme.

The Bel Air has lost its door handles, doesn't have any mirrors and rocks full-LED lights. It's amazing how cool the monochromatic interior looks too.

That blown 350 small-block got replaced with an LS3 crate engine making 525 horsepower. That's quite a lot more than a classic Bel Air, so we're surprised this is still using the original chassis, albeit reinforced.

But everything else here screams modern. At the Matte Unicorn arrives in the shop, it shimmies down thanks to the Ridetech air suspension. For wheels, it's got Raceline Billet alloys, almost perfect disks which are also painted black. We're told the brakes behind them are also modernized. 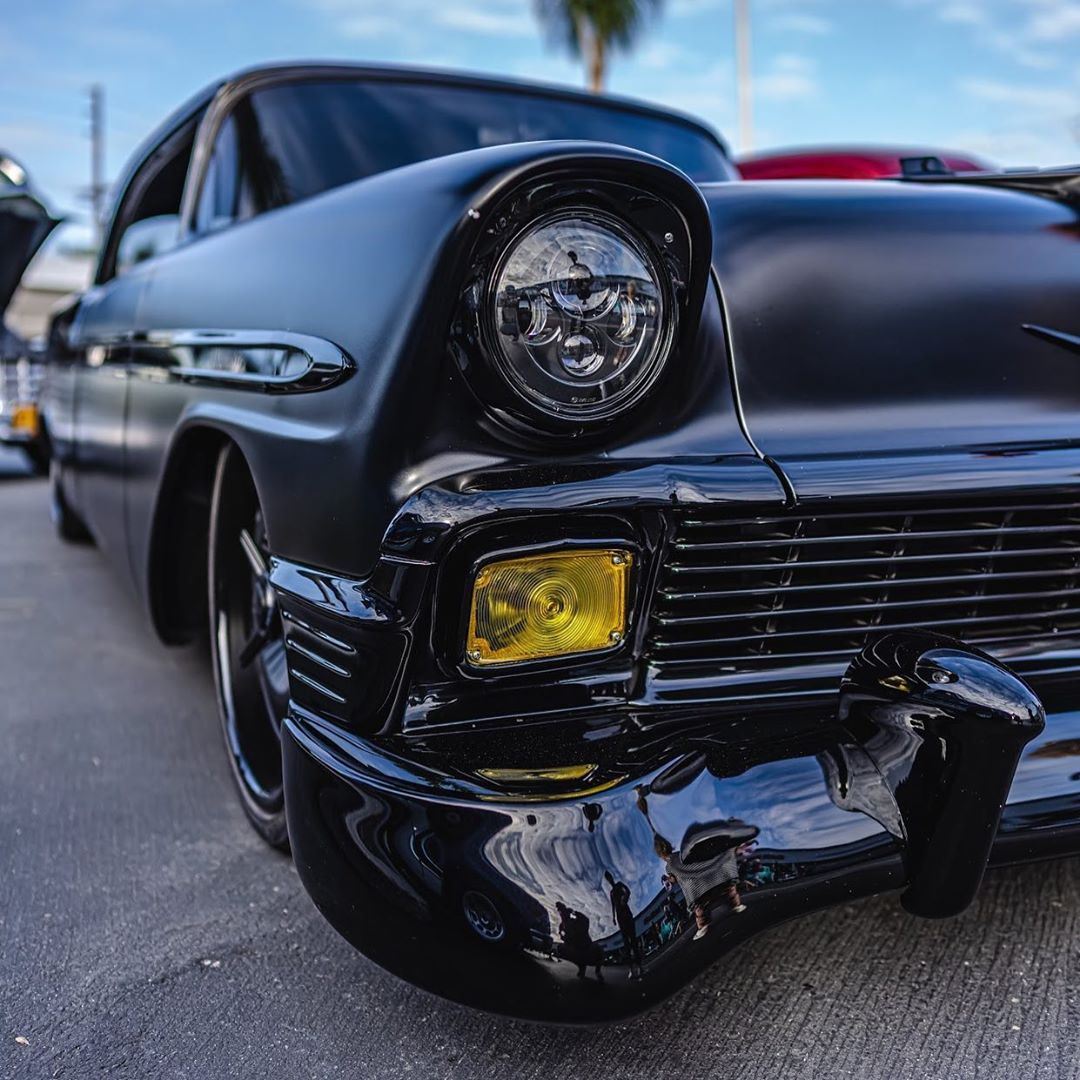 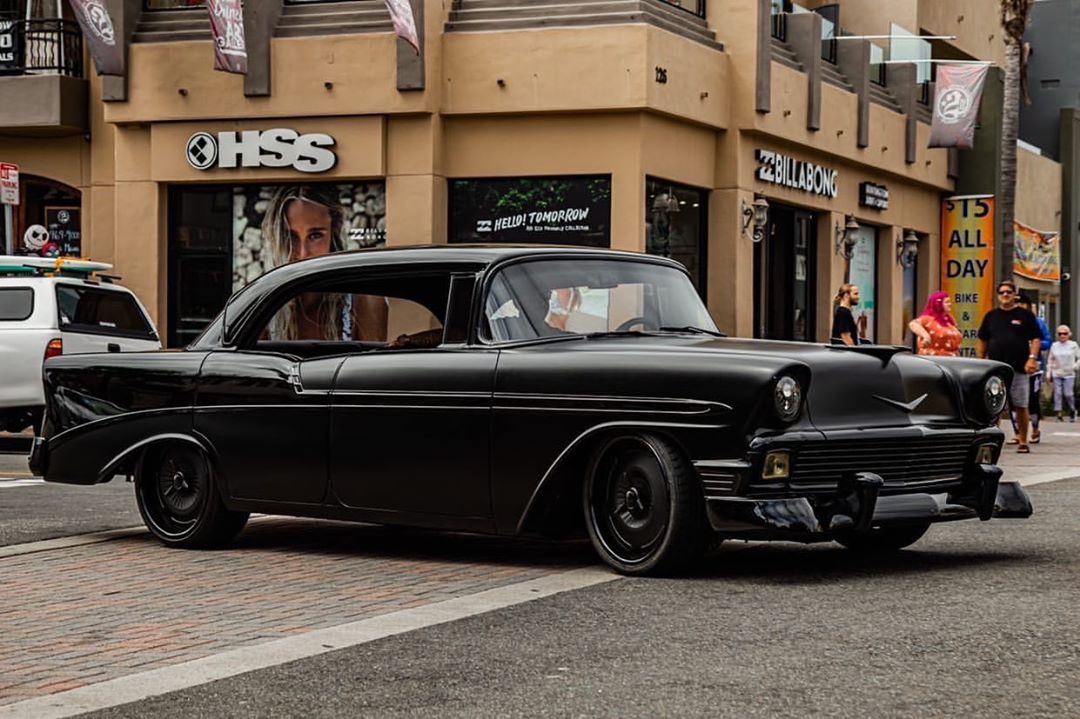 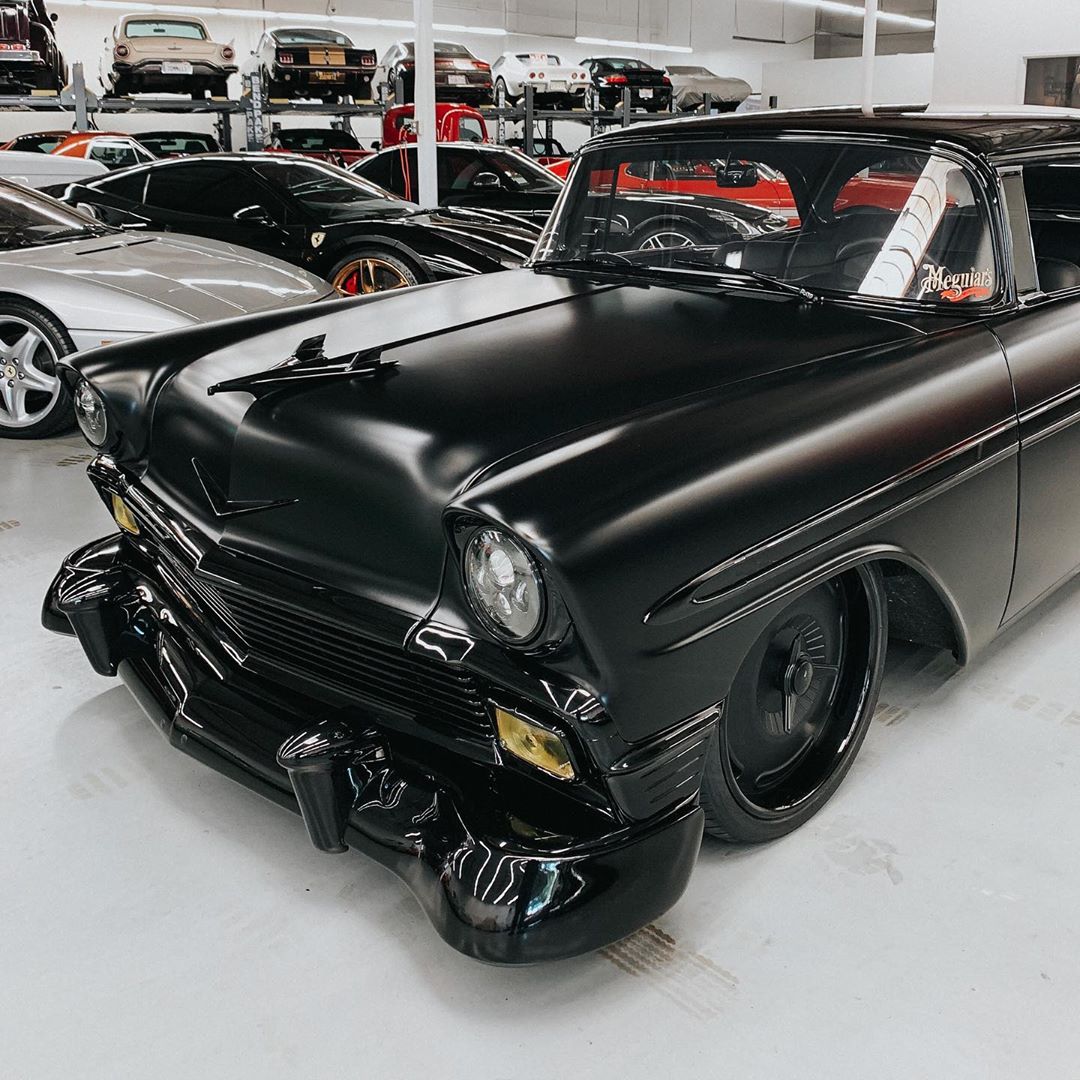 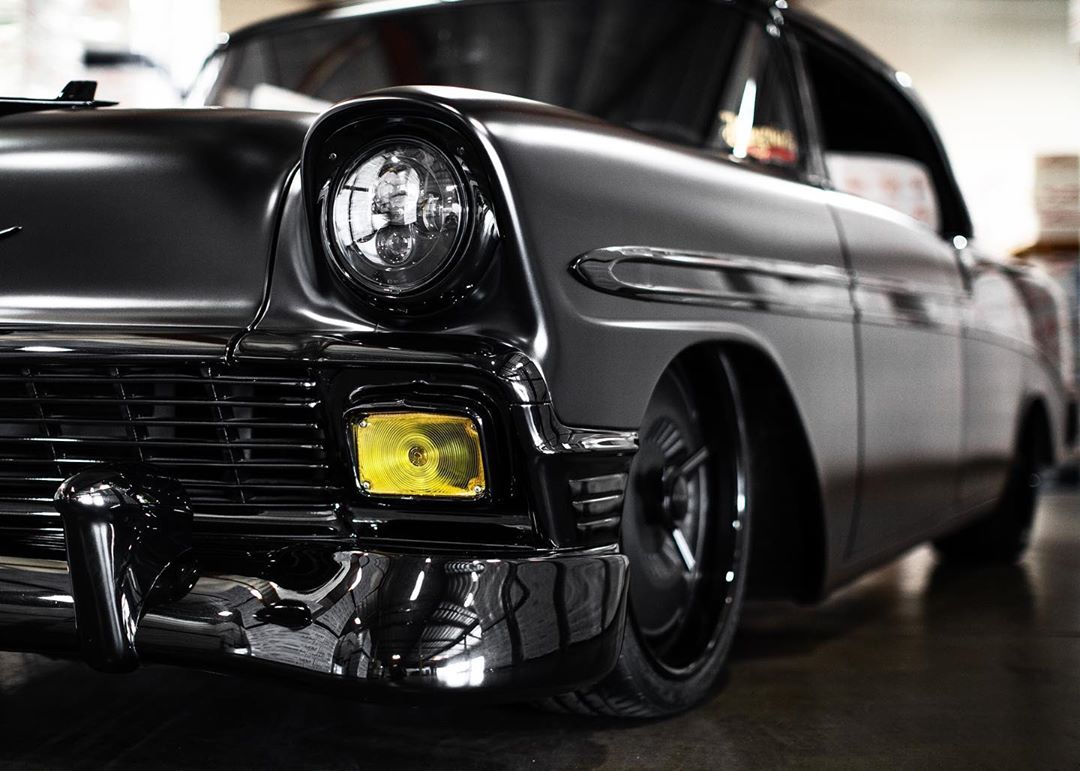 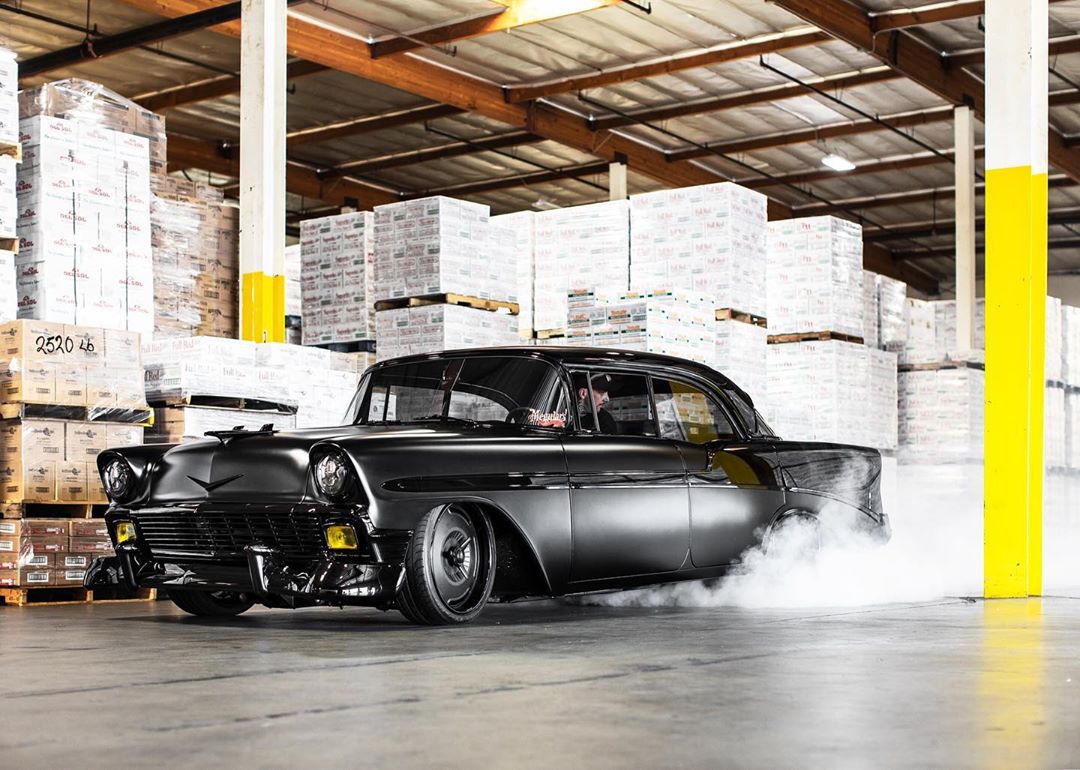 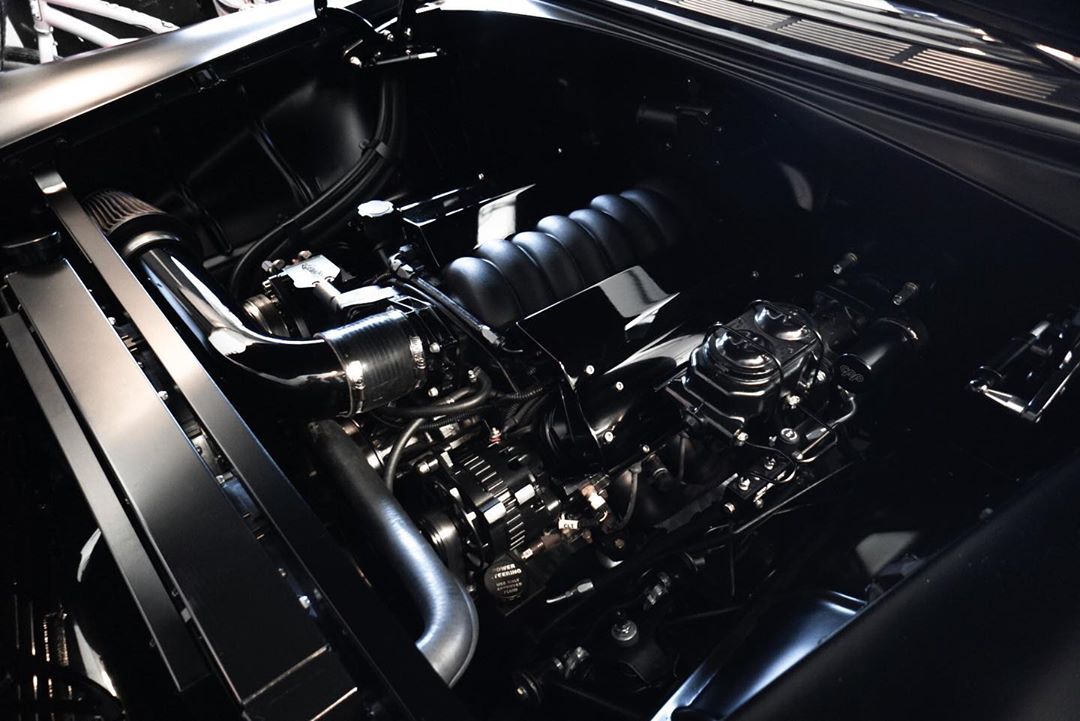 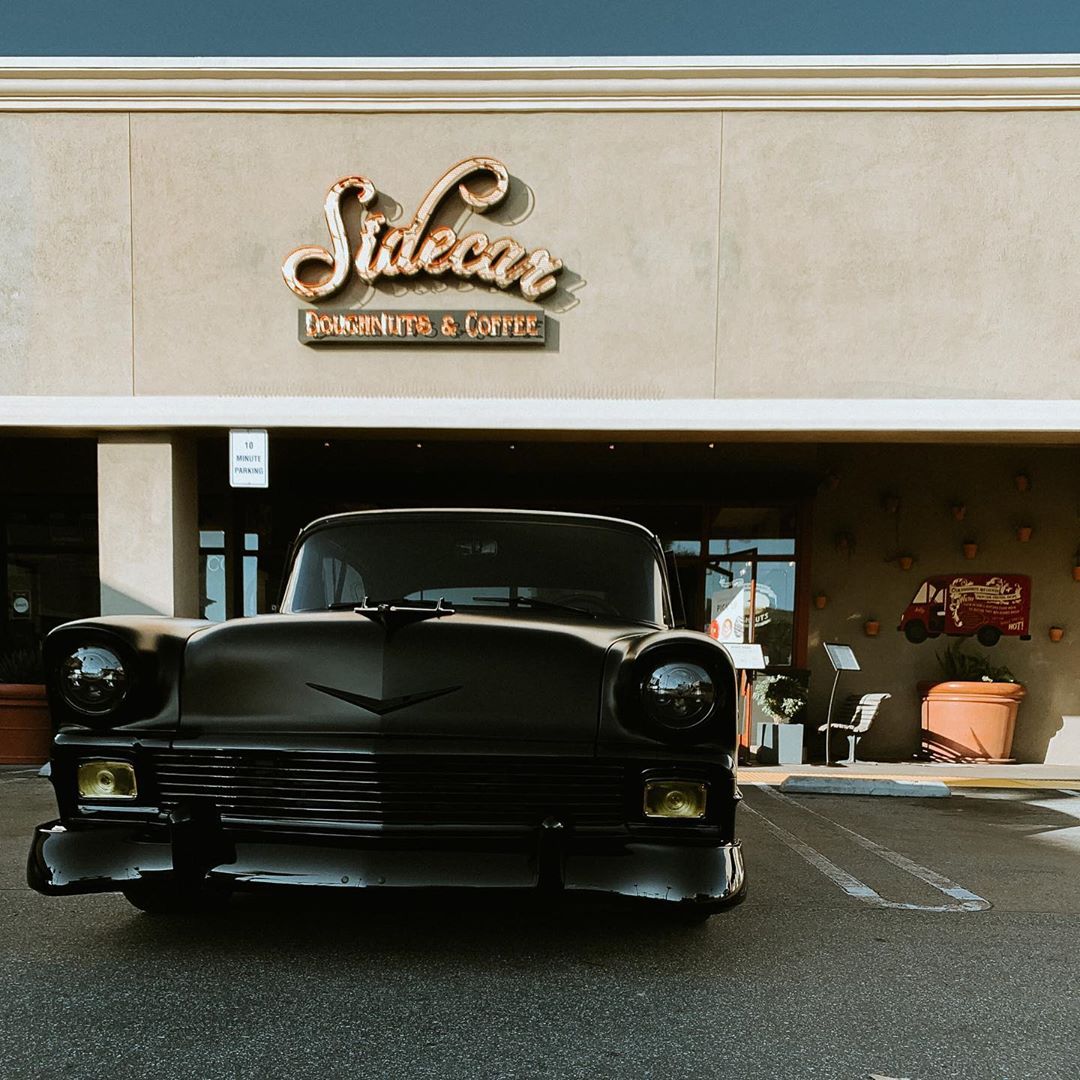