1965 Datsun Fairlady “SR20DET” Looks Like a Hoot to Drive Before the Z-car family kicked off with the 240 series, Datsun had the Sports. Known as the Fairlady in Japan and Australia, the first true sporty Sports was the SP310 with the 1.5-liter engine and two SU carburetors.

Extremely light and smaller than a Mazda MX-5 Miata if you can believe it, this car isn't exactly a favorite with the restomodding scene because it's collectible. However, Grassroots Garage has found a modified example of the breed with the SR20DET and five-speed stick shift of the S13 Silvia.

With more than 200 horsepower and 200 pound-feet of torque on tap, it's easy to understand why James the owner can't help but smile every time he gets behind the wheel of his 1965 Fairlady. As you can tell from the following video, the rear differential is original instead of an S13-sourced part.

Rota RB lightweight wheels, Volvo four-piston brake calipers up front with Altima discs, a pair of drums at the rear, Cobra seats, as well as a Momo Mod 88 steering wheel are highlights in their own right. What comes as a surprise is that James doesn't run a brake booster in his one-off restomod.

The tiny little radiator was salvaged from a Honda CRX, the collapsible steering column is a custom design, and the dashboard is a rather simple affair with six Auto Meter gauges. As far as the exterior design is concerned, the windshield is the icing on the cake, giving the car a purposeful and elegant character without messing up the unmistakable profile of the Fairlady.

Later in the video, Grassroots Garage found out that James' love for all things automotive started with his first car – a Suzuki Sierra. Two more Sierras followed, and of the three in total, two of them were rolled. From there on in, James understood that a roll bar is a necessity rather than a luxury.

Having mentioned rollovers, the Fairlady SR20DET could use a roll bar as well. 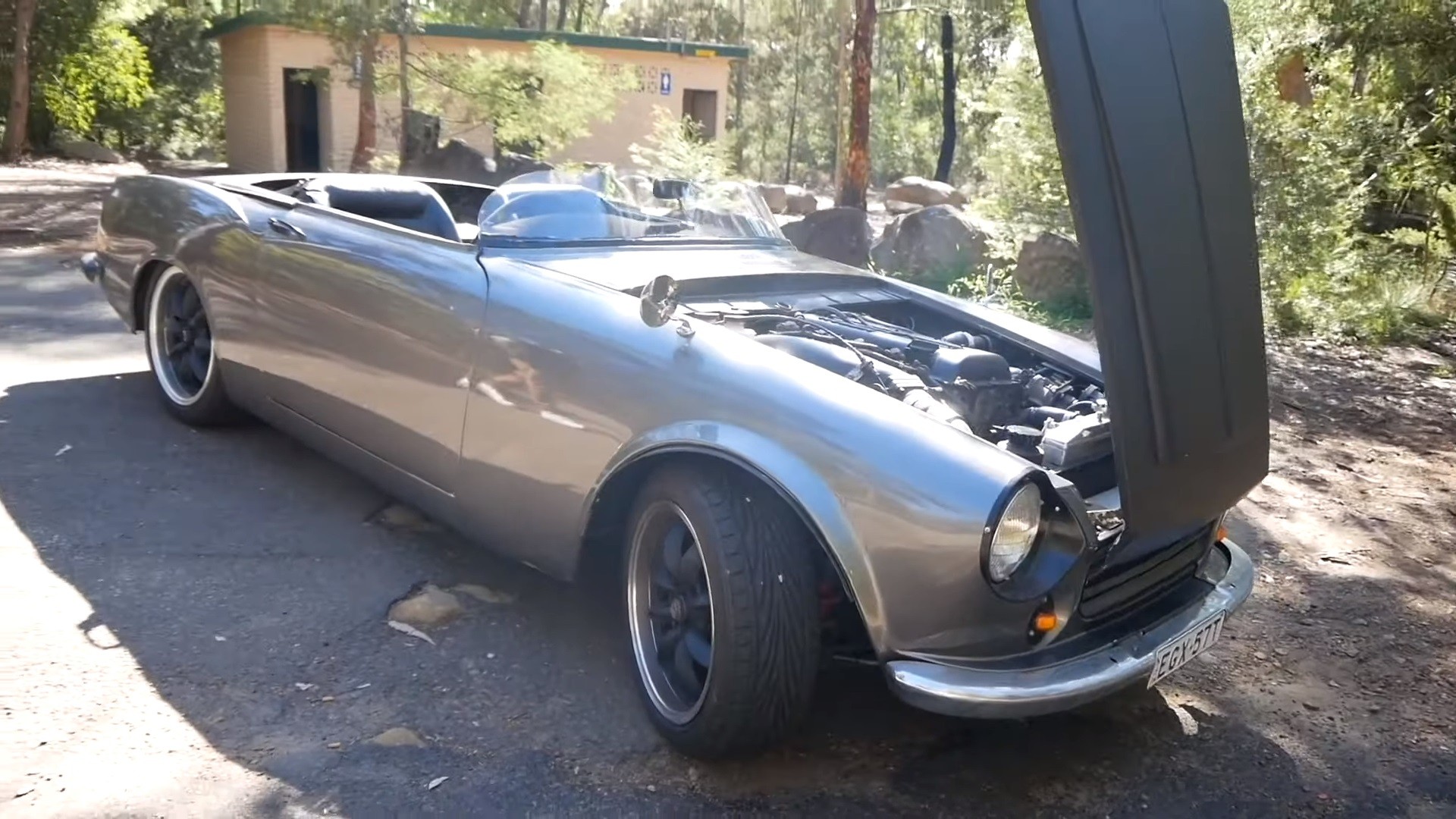 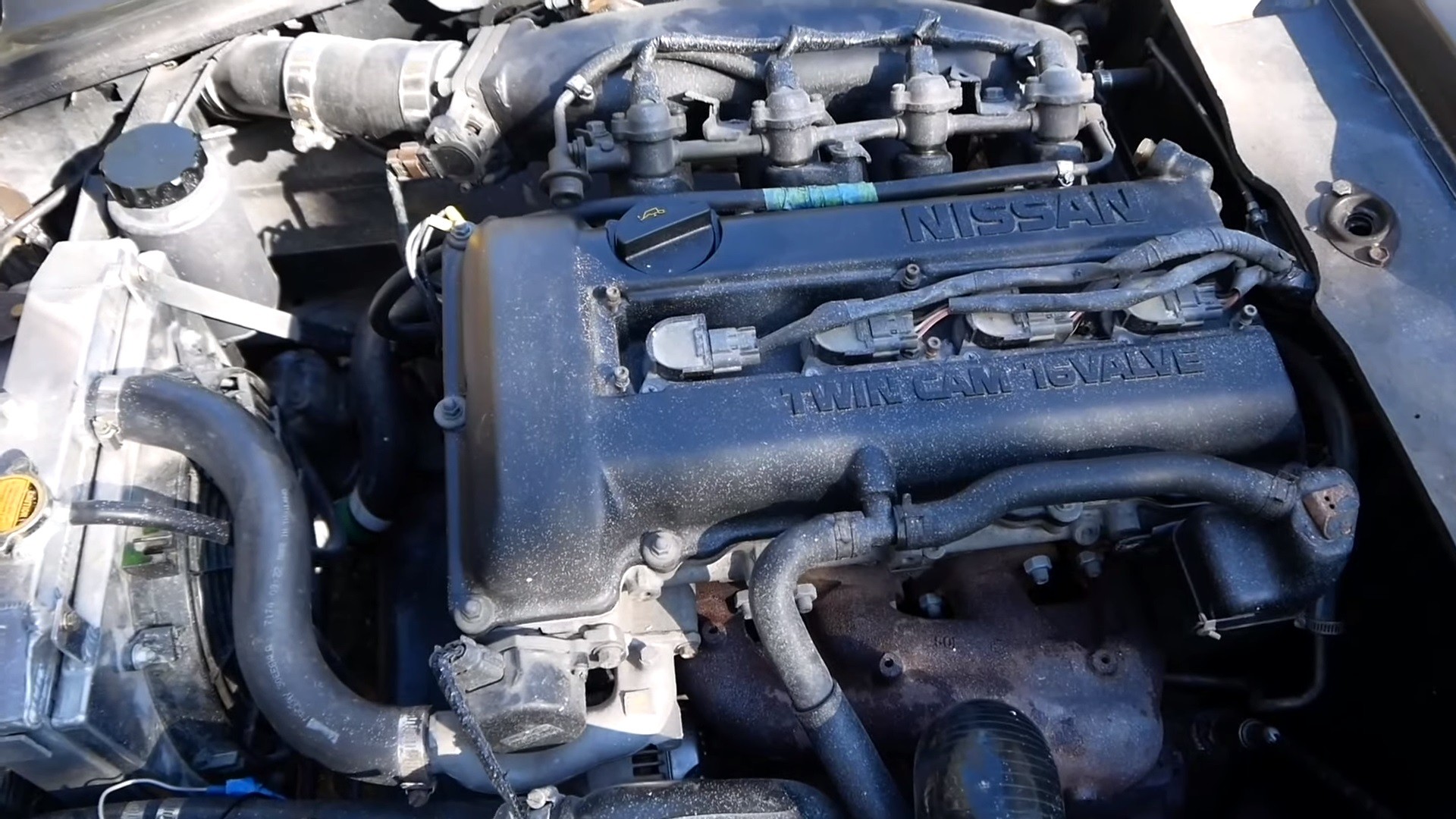 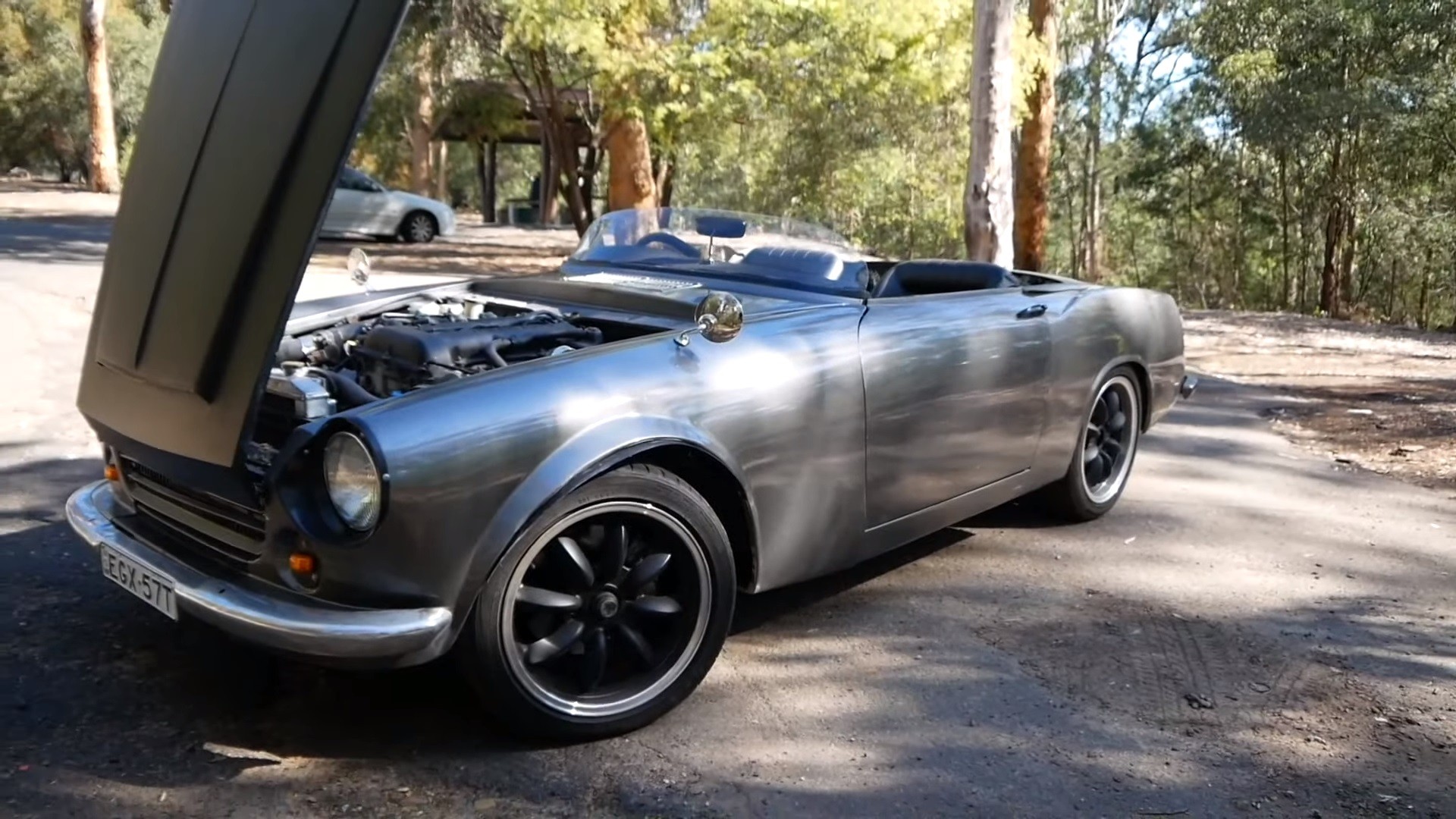