1966 Chevy Nova "Red Devil" Has Two of Everything To explain the title above, this 1966 Chevy Nova II SS, which has been redefined by Dave Kindig, the builder behind the Bitchin' Rides TV Show, packs things in pairs.

As such, the muscle monster sports two turbos, two forward ratios and two seats, among others.

And while the brief description above doesn't even come close to covering this slab of America, you should know the build was completed in 2017, after twelve months of labor. And the result was quite the opposite of what your average Chevy II stood for.

Now, the said ratios come from an ATI Powerglide transmission, which seems just as worhty of the drag strip as the motor it is linked to. We're dealing with a 683ci unit from Nelson Racing Engines. Featuring an aluminum block and headers, the V8 was dialed to 2,200 horsepower (yep, the build is all about the power of "two"), while its full potential would normally sit at around 4,000 ponies.

Since this sort of powertrain would be way more than the stock chassis could handle, this was replaced by a custom unit, with modern front suspension and four-link hardware at the back.

As with other Kindig builds we discussed, the rear of the vehicle was modded to accommodate monstrous Pirelli 405/25 R24 tires wrapped around Billet Specialties Reaper wheels, in an attempt to put all that muscle down. For the record, we find 225/35 R20 wheels up front.

The stopping hardware was obviously on the list of upgrades and we're talking six-piston grabbers up front and four-piston calipers at the back.

As you can imagine, the said rolling goodies required serious body modifications. For instance, the rear wheel openings gained an extra six inchges, while the rockers gained two inches. The tucked bumpers and flush door handles are another signature of the famous builder, while the whole package is dressed in Mercedes Hibiscus Red paint.

Stepping inside, the factory-like dashboard houses custom instruments, while the two-seater layout features Corbeau hardware. And, given the all-red nature of the cabin, with its plush appearance, the roll cage that was added to the car remains out of sight.

As is the case with Kindig projects, the machine traded hands for well over $200,000, grabbing no less than $260,000 in January last year, via Barrett-Jackson's 48th Annual Scottsdale Collector Car Auction. 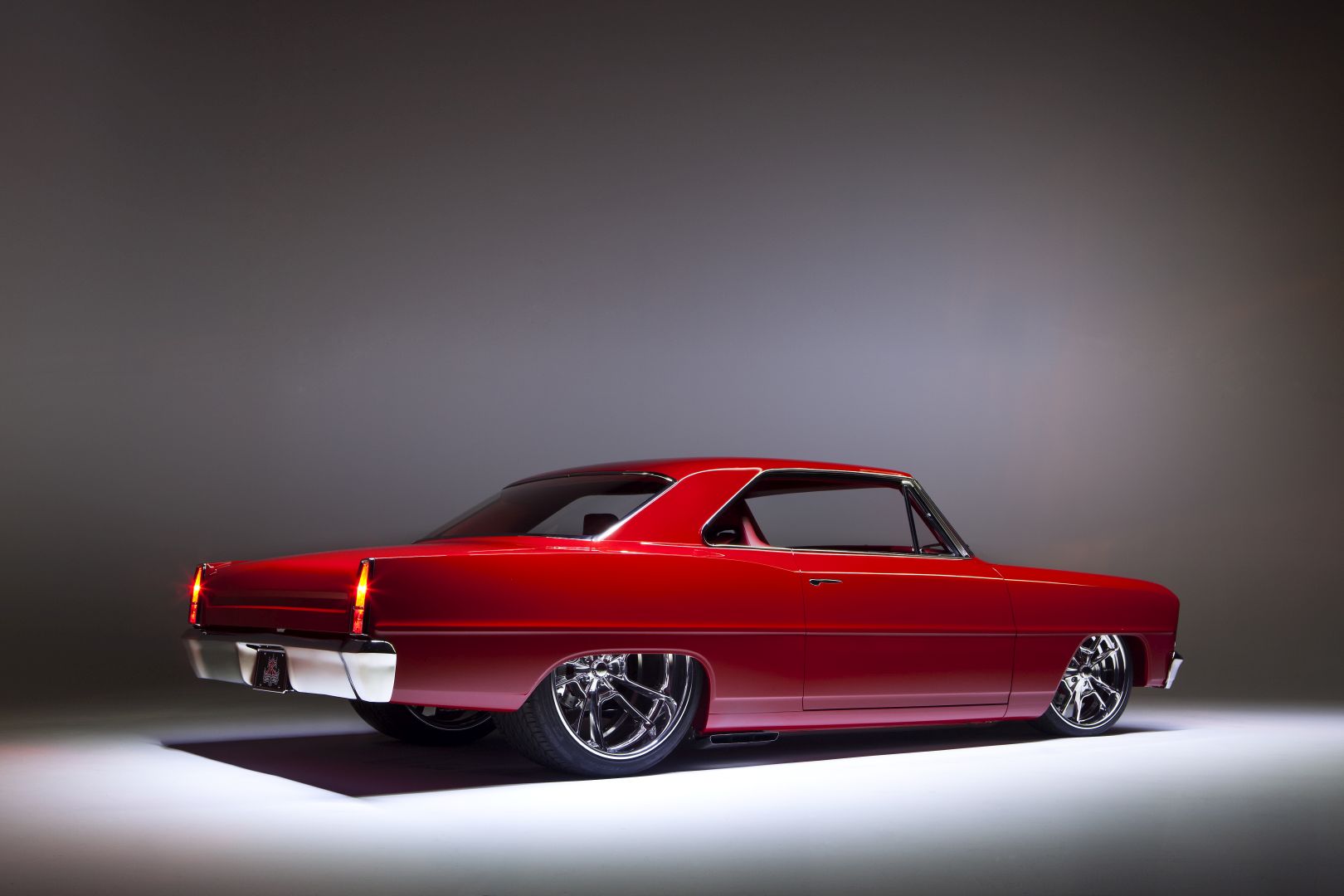 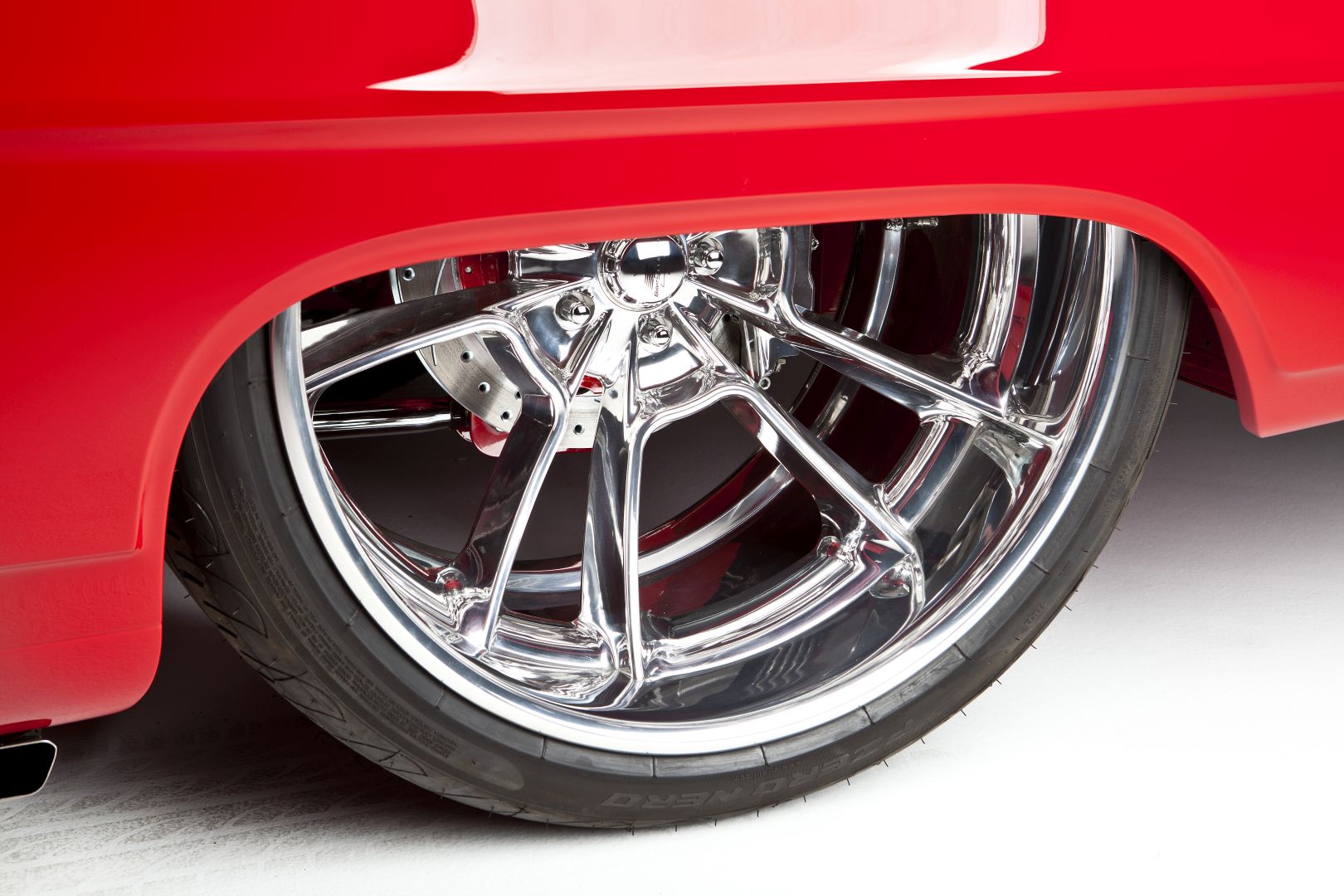 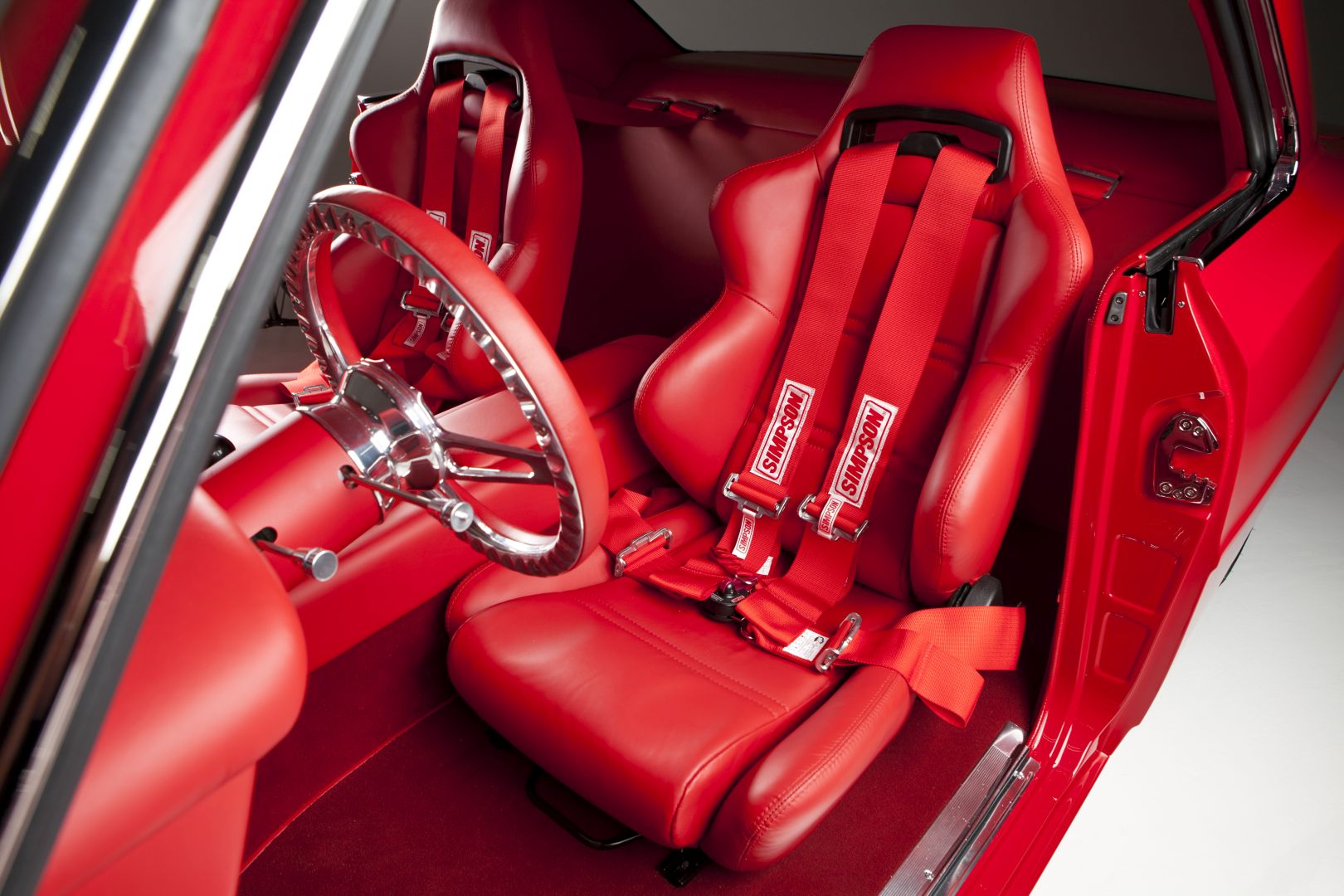 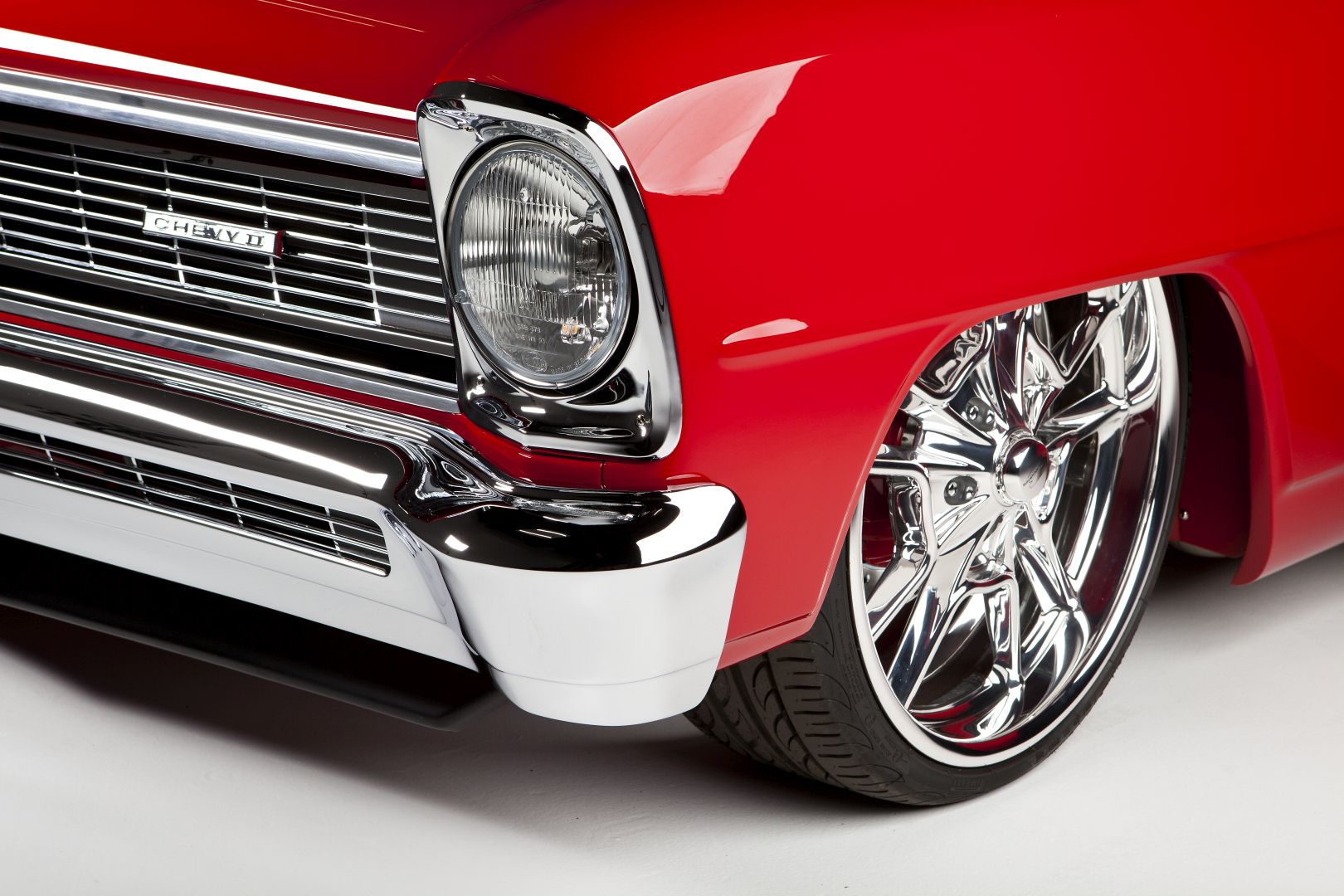 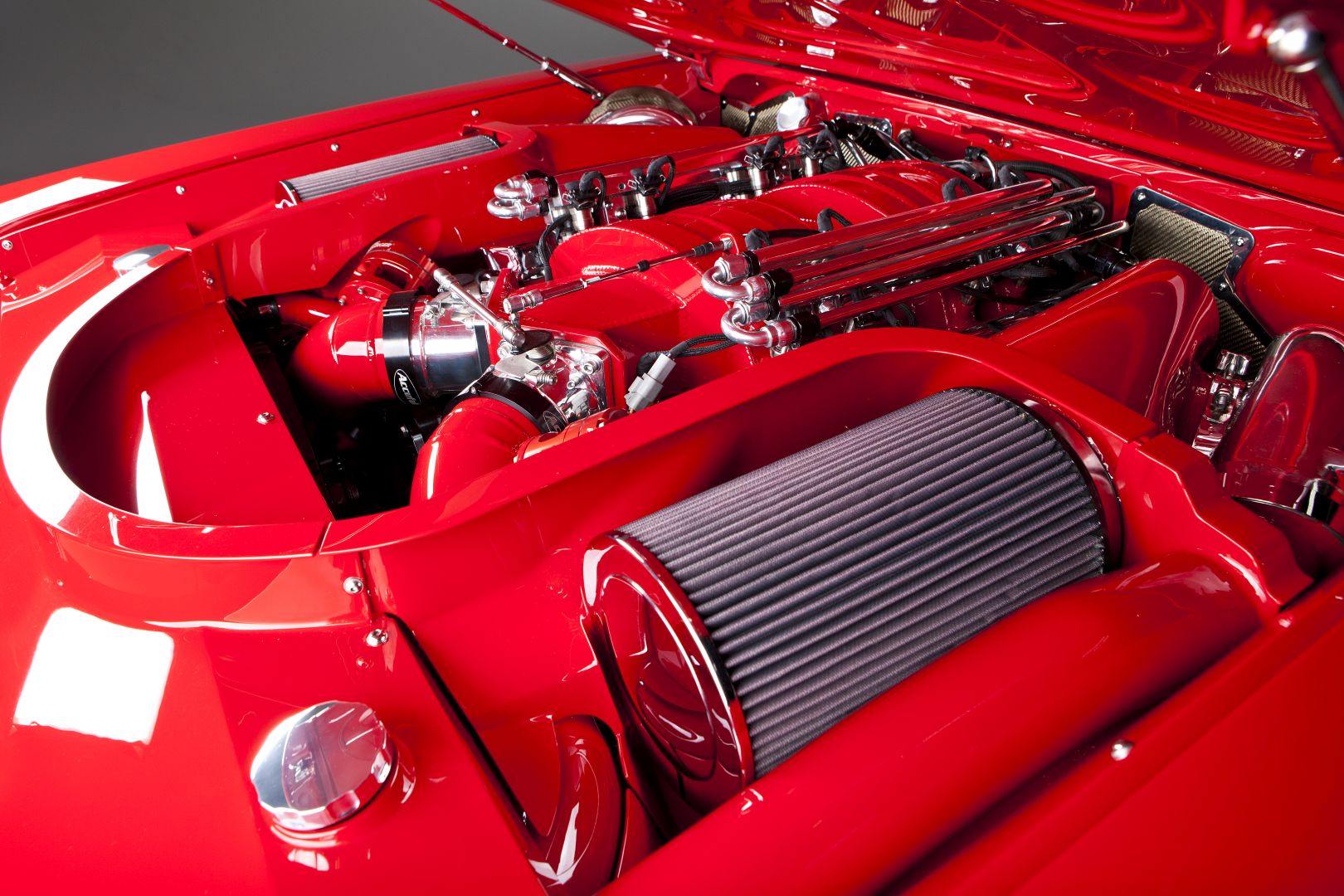