1972 Dino Restomod With F40 Engine Is the Singer of Ferraris Have you ever noticed how people say some old Ferraris aren't that great to drive but nobody does anything about it?

Well, if you've ever wanted to check out a Prancing Horse restomod, David Lee's Monza 3.6 Evo is just that.

As far as we know, Ferrari explicitly dislikes people messing around with their icons. Even so, David Lee has owned pretty much every cool car they made and decided to the Dino needed some love, since people weren't taking it seriously.

But how do you even go about modifying something which some see as irreplaceable? The unloved Dino is a good place to start. Because it originally came with a V6 engine, the car couldn't live up to its full potential.

From what we understand, the idea for this project actually came via the Porsche community. Lee was supposed to do a video with the famous builder Magnus Walker, but didn't have a vehicle to match his famous "Urban Outlaw" 911 hot-rod.

With a price tag of over $1 million, it's safe to say this is one of the most expensive Dinos in the world, and we think the coolest too. There are many small details that we want to cover later, but the core of the build is an engine swap.

Moto Technique, a British builder, had Dino's old V6 swapped out for, you guessed it, a 3.6-liter. This V8 started out as a 2.9-liter twin-turbo from a Ferrari F40. The builders got rid of the turbochargers and increased the displacement, upgrading internals in the process.

Honestly, we have trouble believing this is an F40 engine since that would be so valuable. Maybe it's a 360 Modena engine that's somehow brought to F40 spec. But anyway, it even looks pretty behind its custom window and makes 400 horsepower.

Other upgrades include Brembo big brakes, modern suspension, power steering and 17-inch wheels that were freshly cast but look just like the original. Why go to all the trouble? Well, Lee started a company called Monza Automotive Design and wants to sell 25 of these beauties. 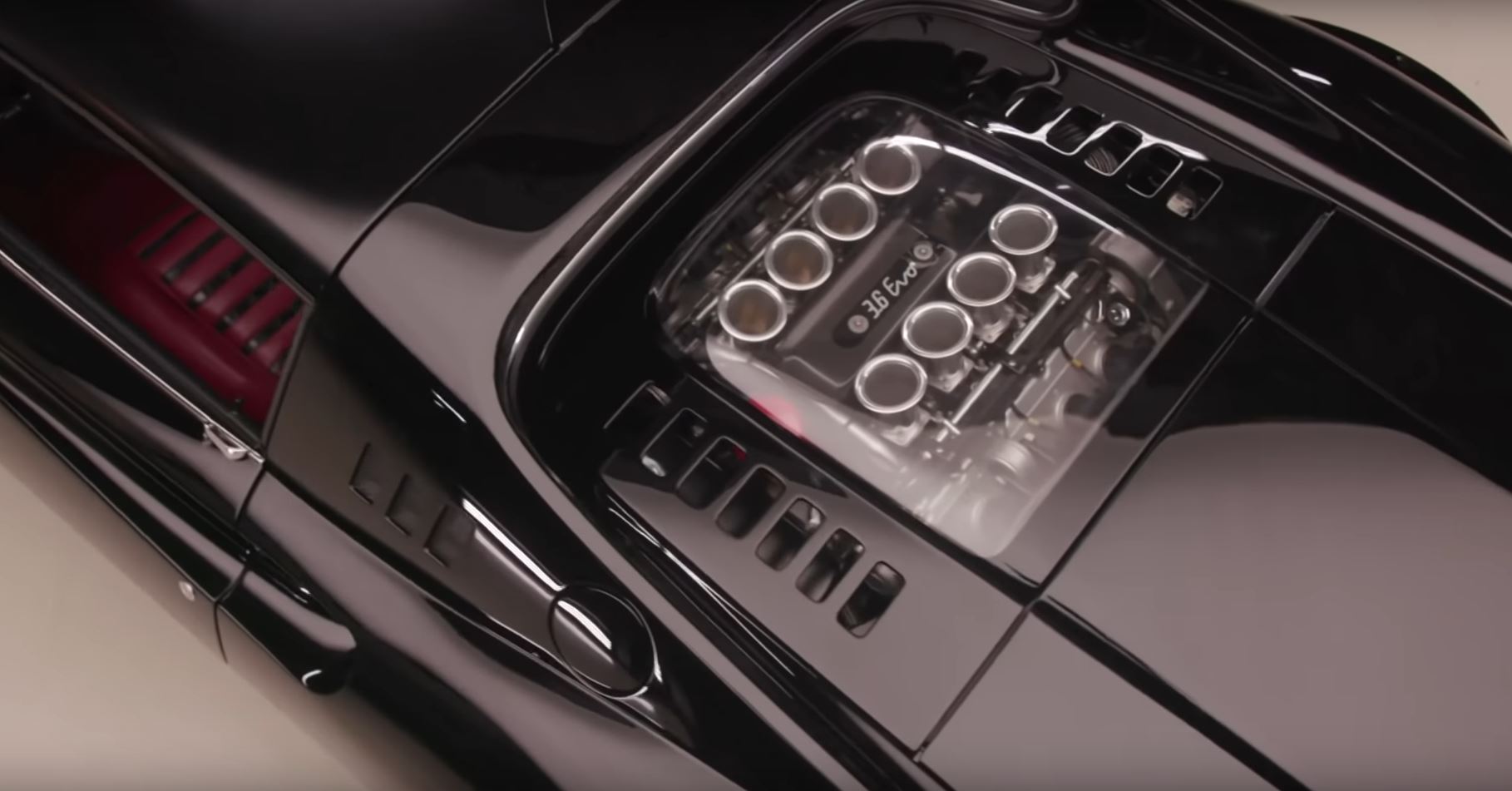