It's not often that vintage Ferraris were tuned by renowned modders.

Don't let anyone ever tell you that Ferrari has never built a bad car. We all know what the Italian supercar builder got up to in the 1970s with the Ferrari Dino, and the Ferrari 348 wasn't too great either. This 90s prancing horse wasn't inherently bad, but it was outshined by one of the best JDM sports cars of all time; the Honda NSX, and its successor the Ferrari F355 was an absolute masterpiece. This has caused the 348 to keep a low profile and an even lower asking price. This 1990 twin-turbo TS version is on the Collecting Cars auction block, and with bidding ending tonight, this radical Koenig-tuned Ferrari is currently sitting at only $86,043.

Koenig is famous for making Ferraris cooler and faster, and has been operating for over half a century. This Koenig-tuned Ferrari 348 TS has received the full package: not only does it sport the coolest-looking retro body kit, but it has also been twin-turbocharged. According to the seller, this is one of only two right-hand-drive F48s and was modified in Germany before being driven back to the UK in 1994. Its first private owner was none other than then deputy chairman of Newcastle United FC, Douglas Hall. These F48 cars were inspired by the original Ferrari 40, hence the extra widebody kit and twin turbo engine. The exterior of this special Ferrari features extra wide staggered OZ Racing wheels, and a wide body kit that leaves only the doors and hood as stock. Under the hood, the stock 3.4-liter naturally-aspirated V8 engine has been turbocharged, raising the power figure from around 320 horsepower to 520 hp.

Other modifications include a larger intercooler, a new ECU, and improved suspension. Interestingly, this Ferrari features one of the first examples of a hybrid composite braking system with carbon composite disks in the front, and steel units in the back. The interior features black leather upholstery, and the last service was completed at 40,029 miles with the odometer currently reading 40,666 miles. The 90s is making a big comeback, and you can own this criminally undervalued 90s Power Ranger for less than the price of a Tesla Model S. We know which one we'd rather have. 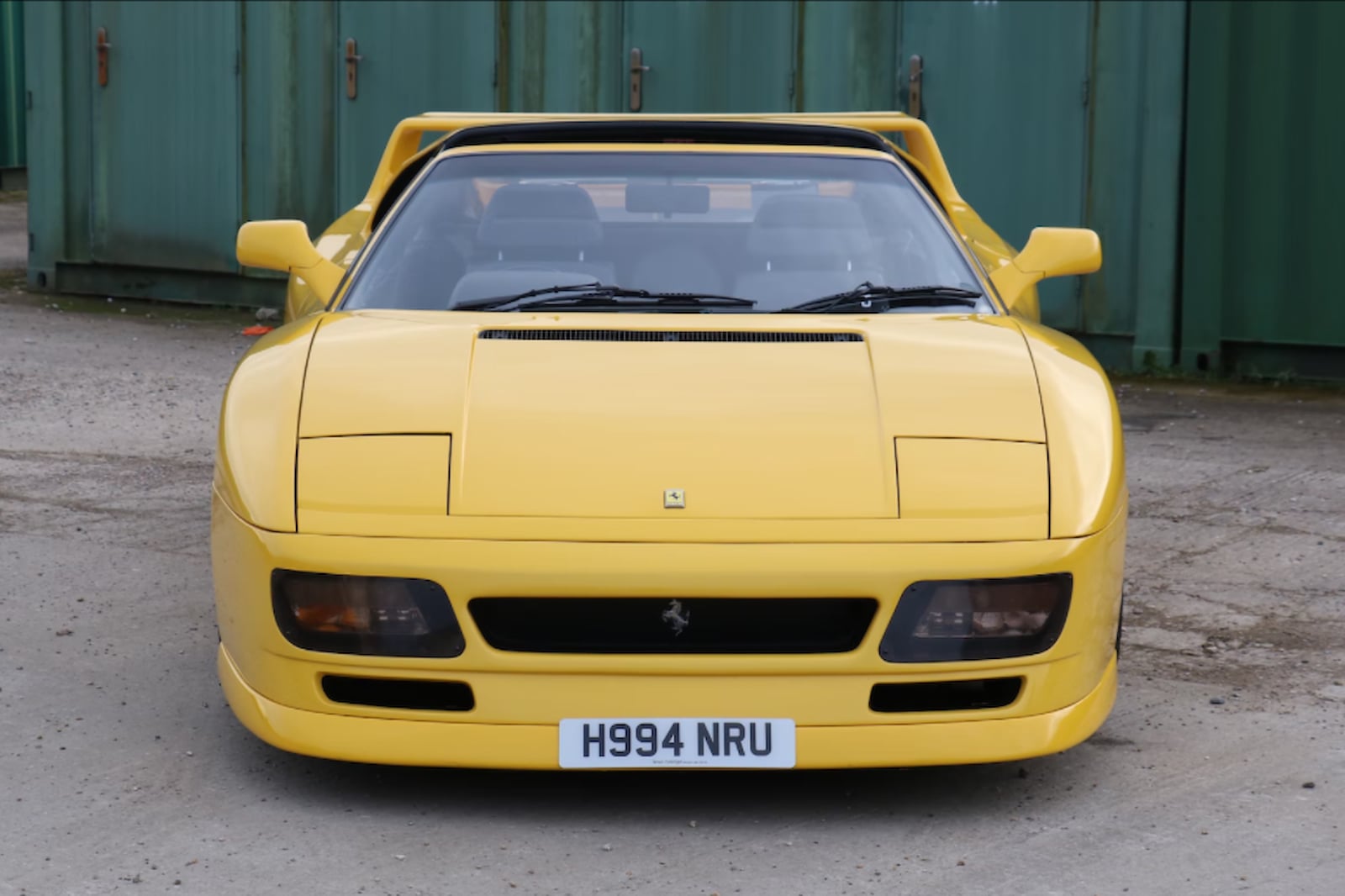 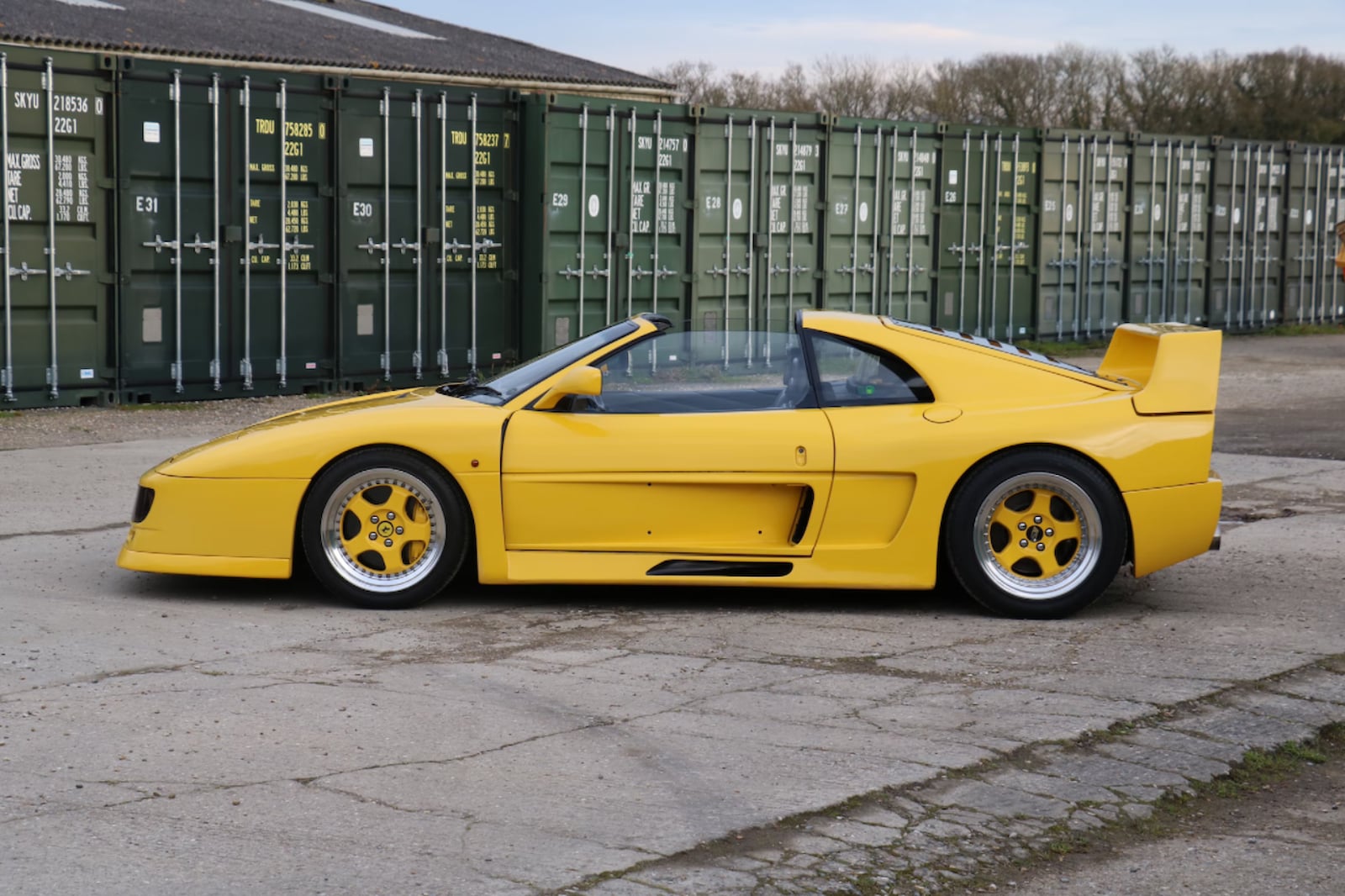 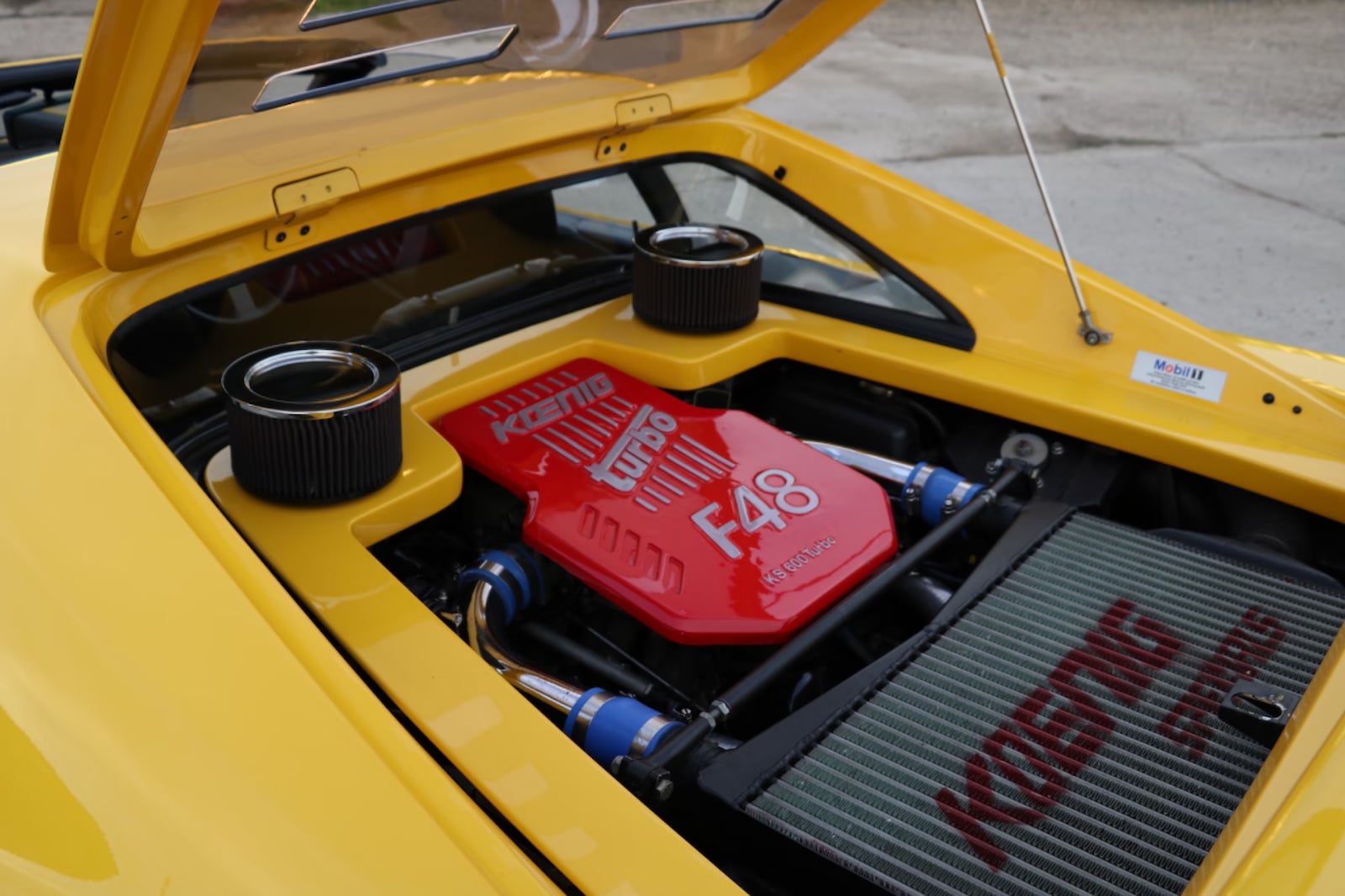 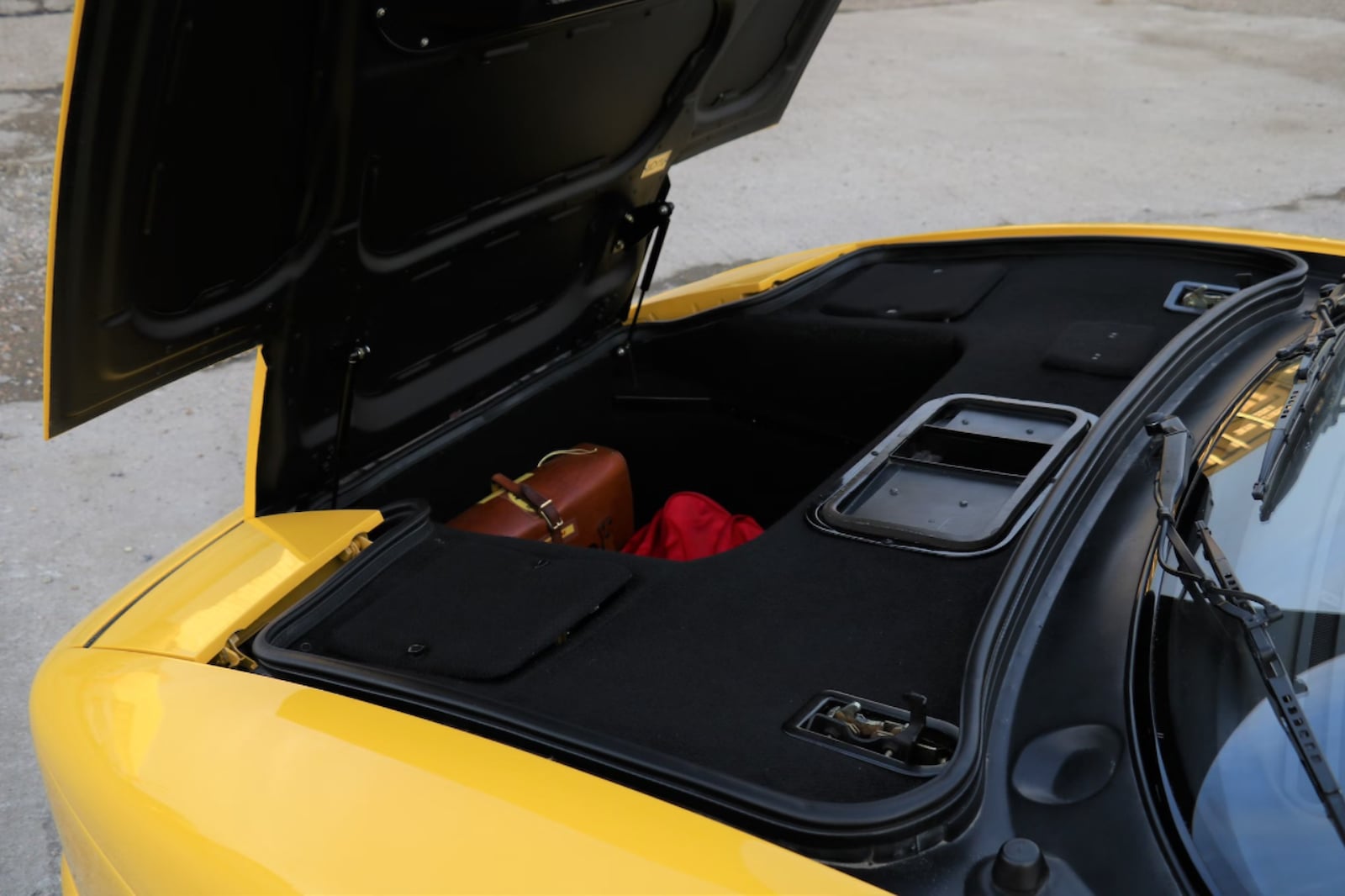 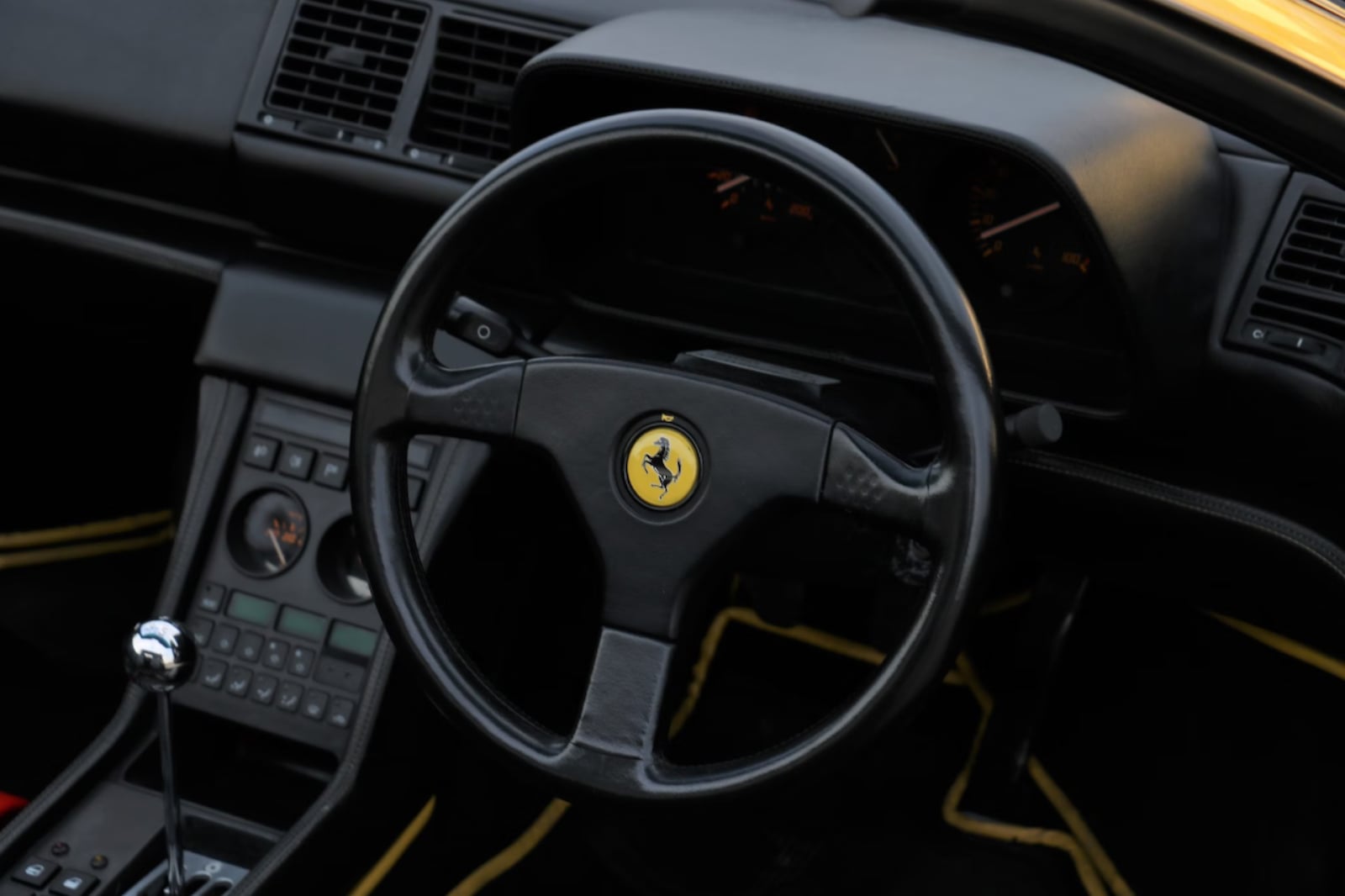 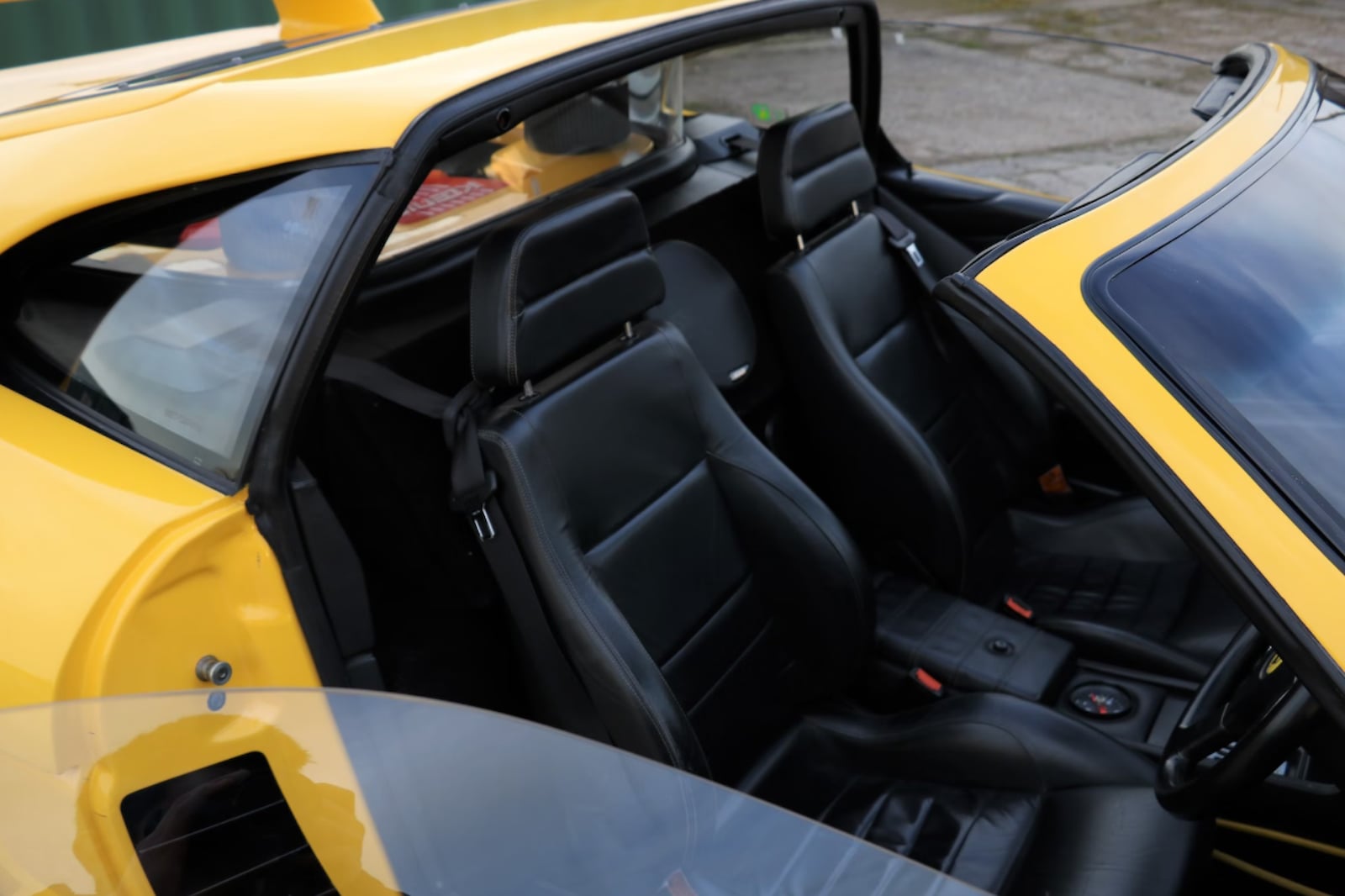