EuropehistoryYugo
Yugo America's PR boss and son were on-site in 1985 for a big ceremony.

By now, everyone knows the story of the Yugo in America. Made in the former country of Yugoslavia, the small hatchback with Fiat DNA was first shown to US consumers in May 1984 but it received a considerable marketing bump after Malcolm Bricklin got involved. In 1985 it arrived on US shores with a $3,990 base price and a tagline of "Everybody needs a Yugo sometime." But as we recently discovered, the story is far more interesting than that. 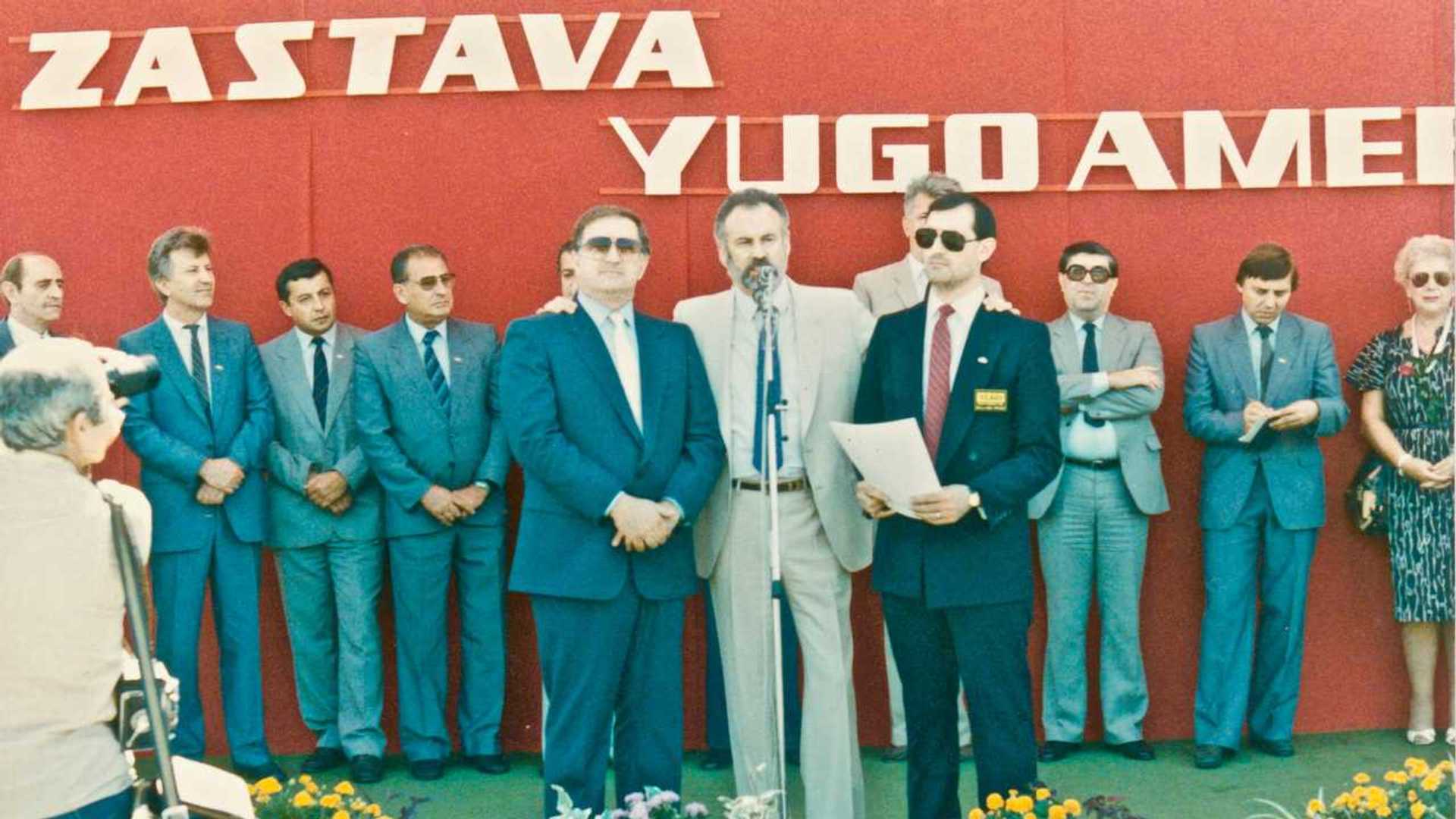 Meet Dan Halperin. In 1985 at the ripe old age of 15, he accompanied his dad Jonas on a business trip to Yugoslavia and had his camera in-hand for the entire trip. For the first time ever, he offers his personal photos to the world in these never-before-seen shots shared with Motor1.com. His father was working for Bricklin, who hired the elder Halperin to handle public relations for a new automotive endeavor called Yugo America. So that summer, Dan and his dad joined Bricklin and a plethora of executives at the infamous Zastava assembly plant, where a big celebration marking the first shipment of US-bound Yugos was planned. 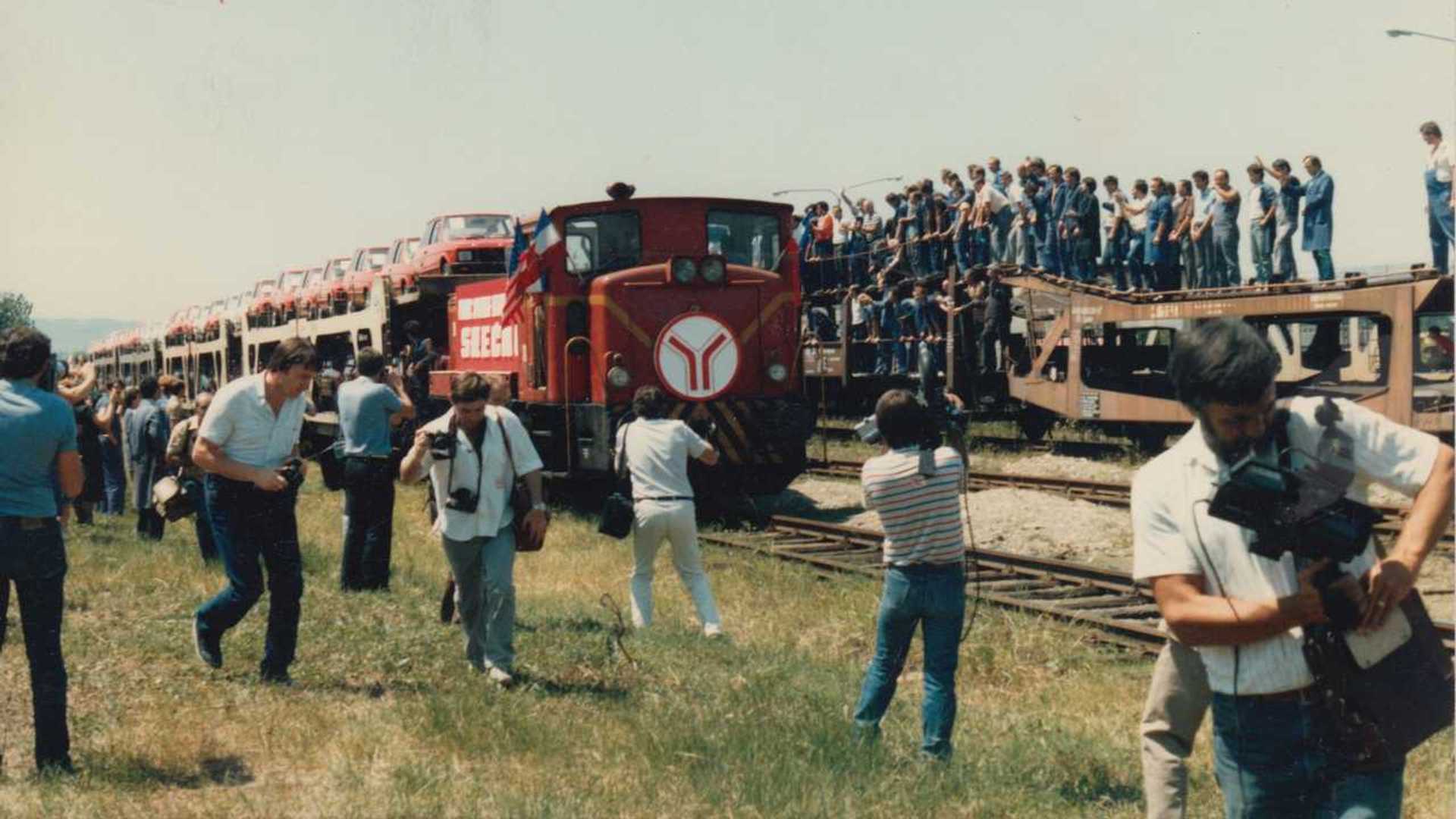 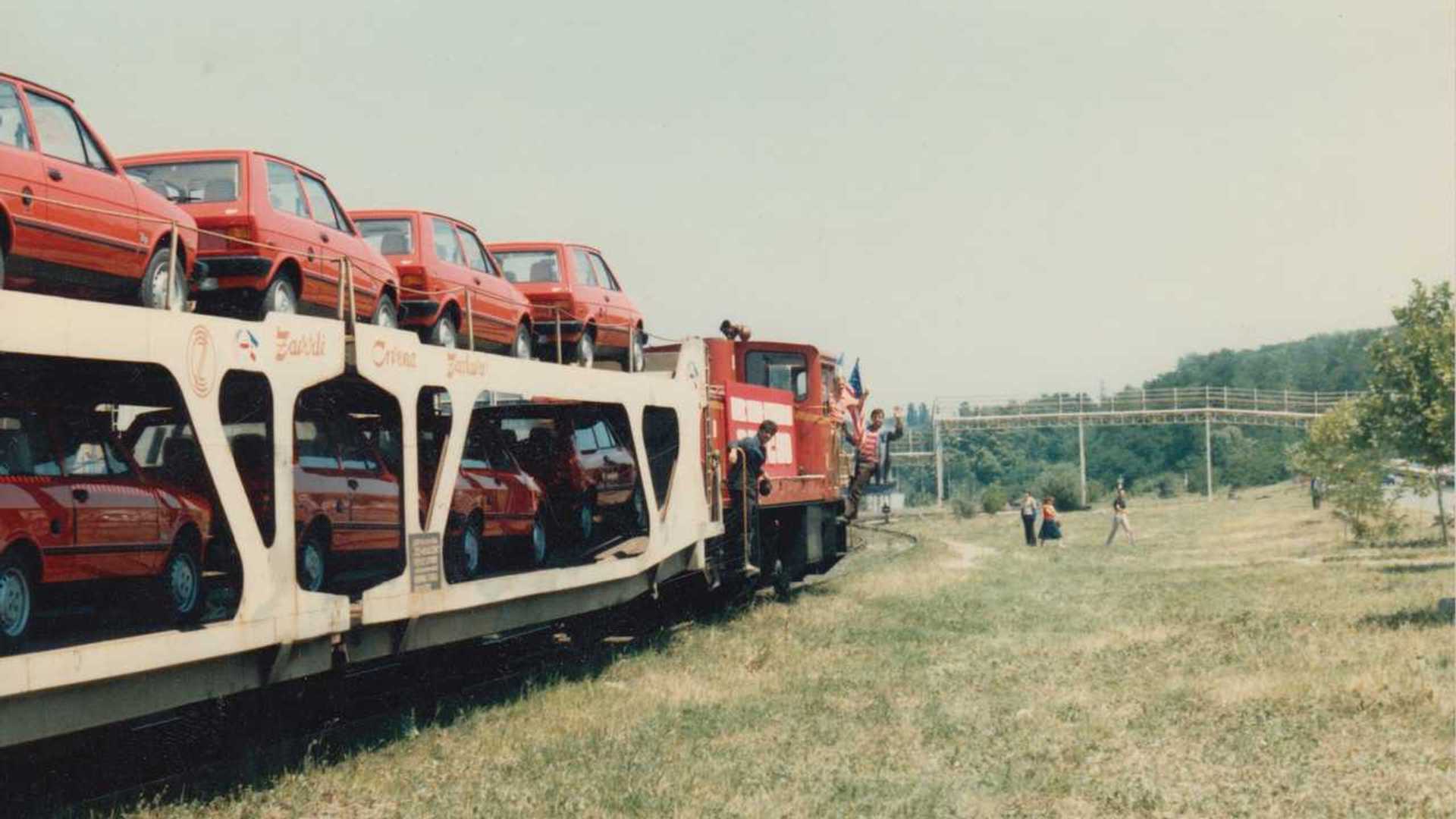 Here's where it gets interesting. Jonas Halperin wasn't an automotive PR guru. He worked in the entertainment industry with legit superstars like James Dean, Clint Eastwood, Shirley MacLaine, Paul Newman... you get the idea. Apparently, Bricklin was something of a showman and thought Halperin's Hollywood experience would help the Yugo make a splash in the States.

"It was the only time my father worked on anything that had to do with cars," Dan Halperin said in an interview with Motor1.com. "My father met Malcolm Bricklin in the 1970s when he hired the PR firm my father worked for. By the 1980s when Malcolm hired him to work on Yugo, my father was independent."

Apparently, making a deal to sell cars in America was huge for then-communist Yugoslavia. Halperin says the red carpet was rolled out for everyone that summer, and with camera in-hand, he snapped photos of the ceremony in front of the assembly plant. He also grabbed photos of everyday life in places like Belgrade and Dubrovnik, not to mention the trains carrying new Yugos to awaiting ships. As luck would have it, Halperin even met legendary Indiana Hoosiers basketball coach Bob Knight on the trip. The team happened to be in Yugoslavia playing an exhibition game during Yugo America's launch ceremony.

Of course, Halperin also has photos and very clear memories of being in the Yugo factory during production. Given Yugo's ultimate reputation as possibly the worst car ever built, his recollections likely won't come as a surprise.

"I remember seeing guys taking big metal sheets and throwing them on big presses to make the doors," he said. "And then on the assembly lines they’d be putting doors and other things on the chassis; they’d reach over into these buckets of bolts, and it was like when you go to a hardware store and there’s a mixed bucket of bolts. No two were the same size."

No amount of PR spin can sustain a bad vehicle, but Halperin's efforts were successful in getting Yugo noticed in the US. Just under 36,000 were sold in 1986, the first full year of production for America. That figure rose to over 48,000 for 1987, but that's where everything started to fall apart – figuratively and literally. Upwards of 141,000 Yugos would eventually be sold in the US until emissions issues caused Yugo America to fold in 1992.

Beyond that, there was the small issue of Yugoslavia dissolving, but production still continued for other markets. Even a NATO airstrike on Zastava's plant in 1999 didn't completely kill the company, but it was certainly a death knell. The last Zastava-branded vehicle left the storied plant in 2008.

But for a few glorious moments in the mid-1980s, the future looked bright for Zastava Automotive, partnering with the West on an inexpensive car that, today, enjoys a modest cult following in the States. Sadly, Jonas Halperin passed away in 1991, but not before handling other small projects like the 1986 Statue of Liberty ceremony celebrating Lady Liberty's restoration and 100th anniversary. Thankfully, we still have photos to remember his brief time spent in the automotive universe.

Photos used with permission from Dan Halperin. Special thanks to Dan for sharing these images and story of this memorable moment in motoring history. 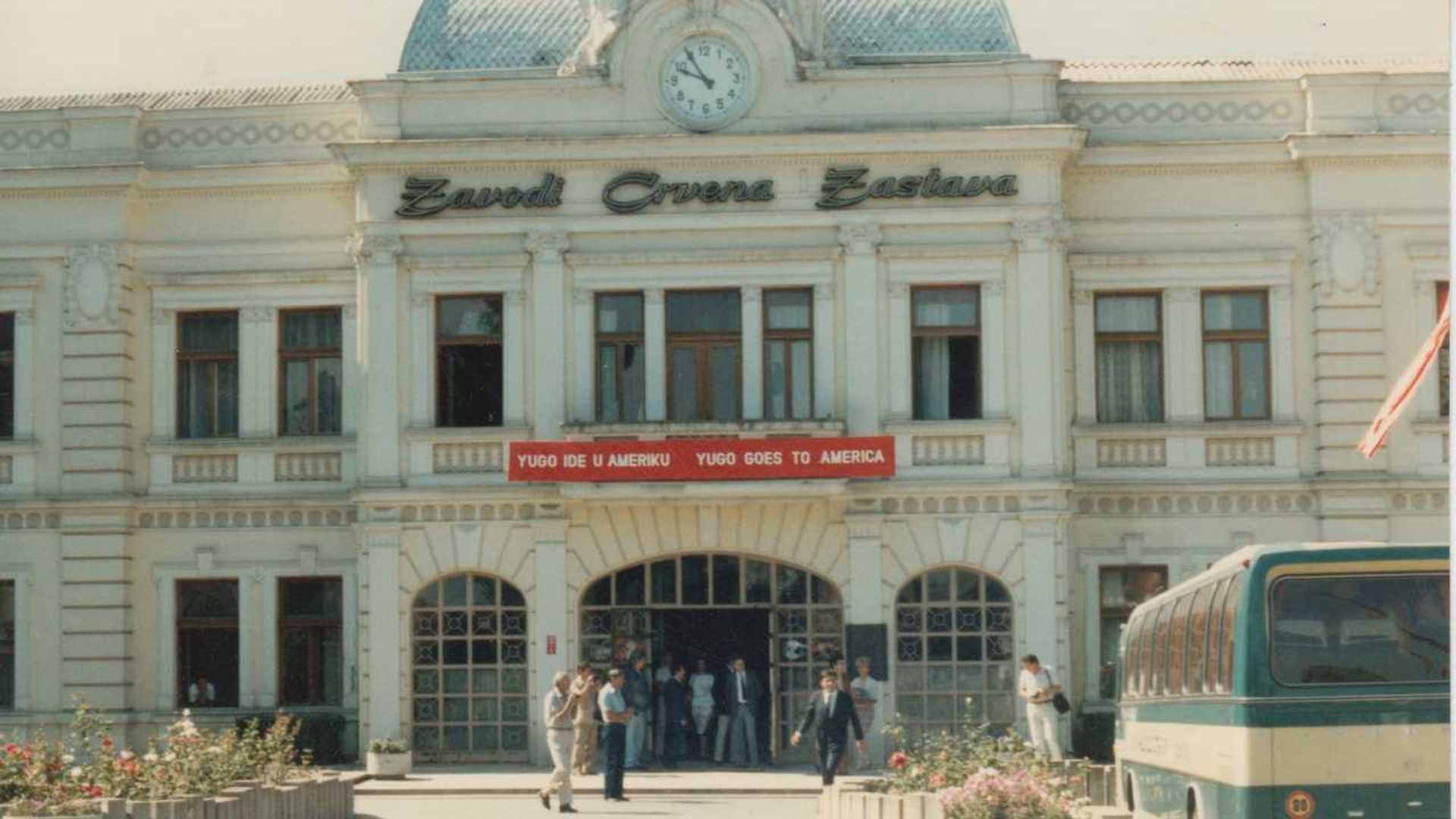 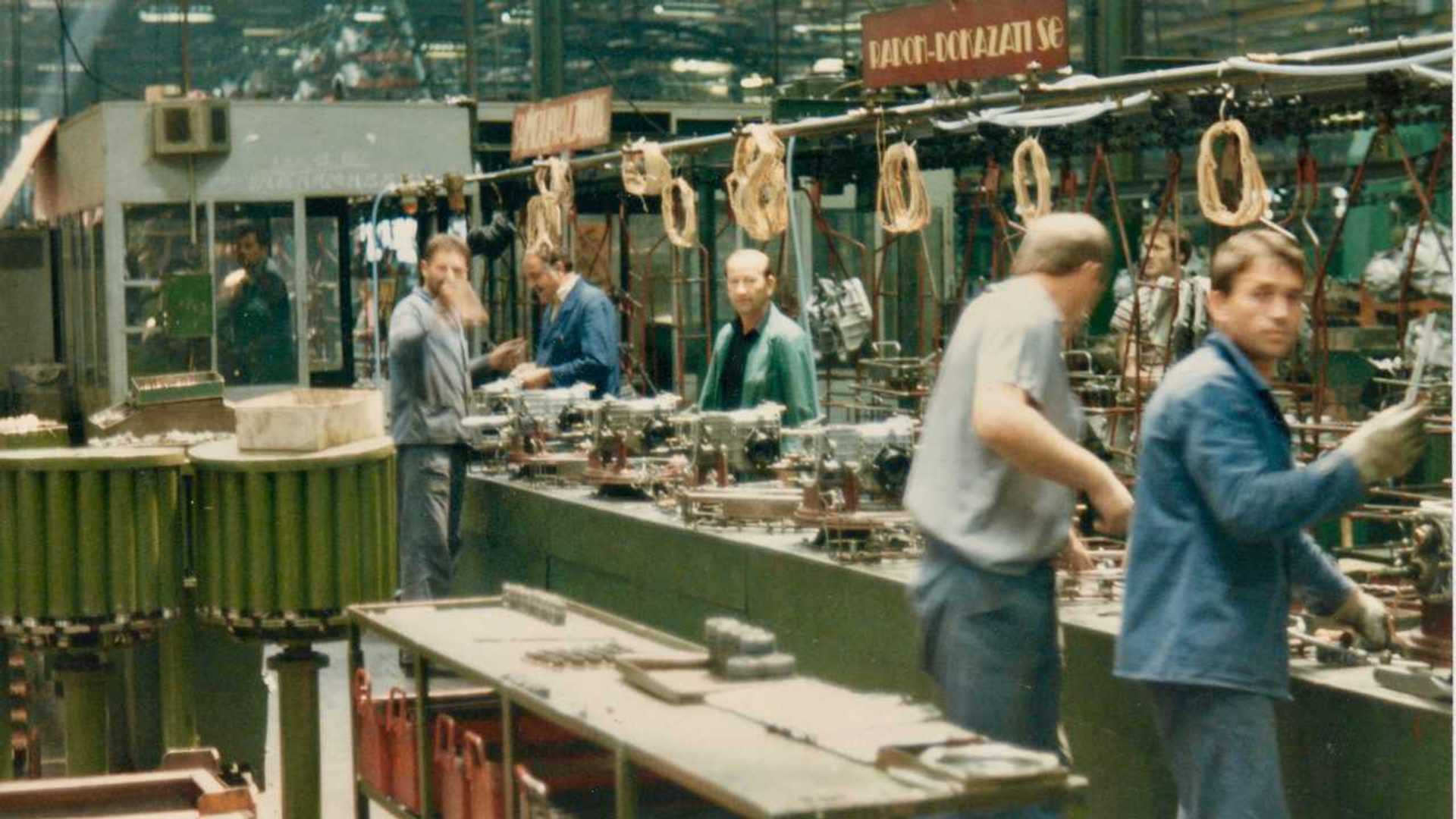 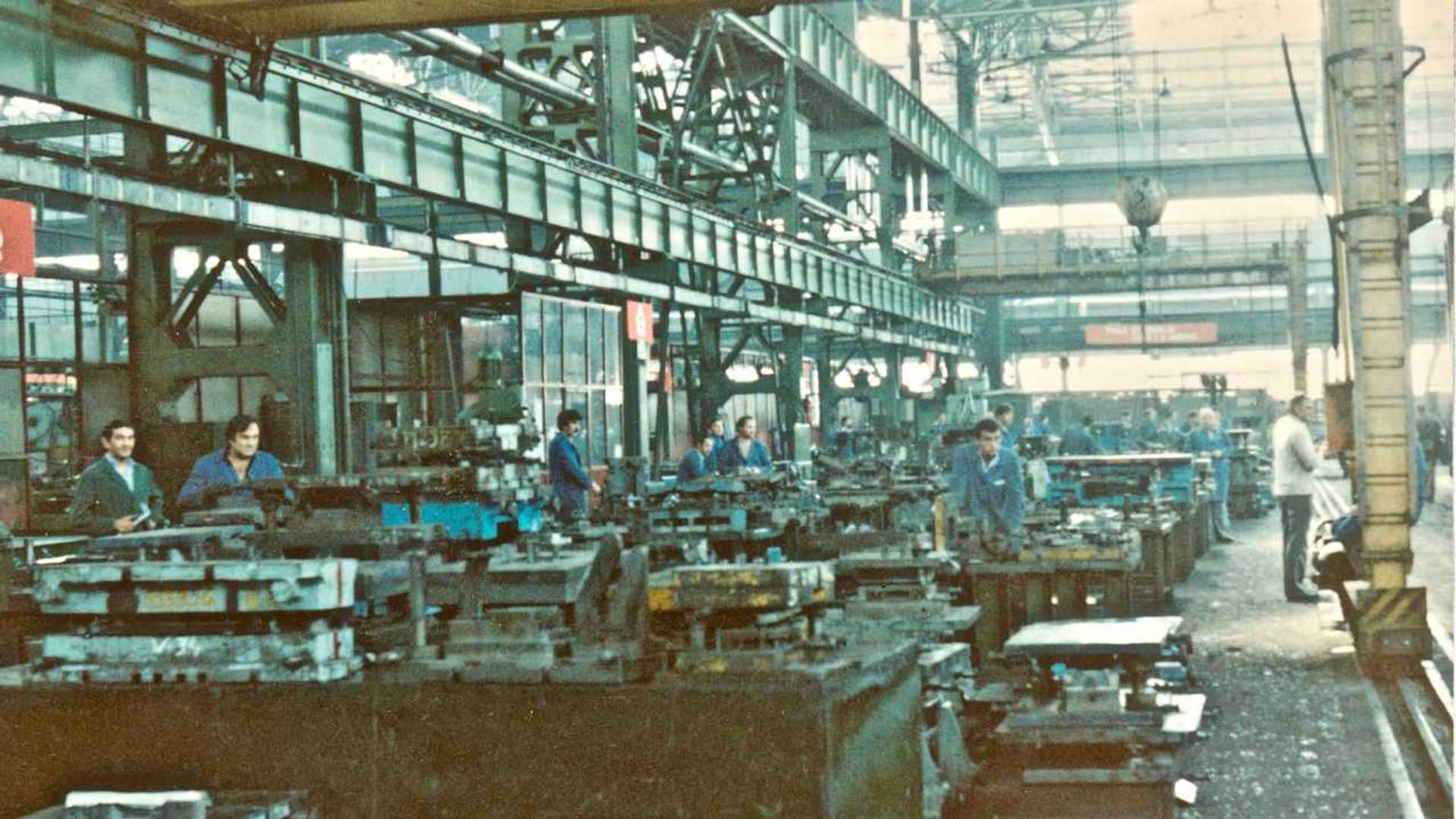