The Mk1 Capri was practical, quick and engaging, and the first in a long line of sporty Fords that were to offer affordable thrills for the masses

The Capri’s Weber-carburetted V4 was sourced from the Ford Corsair, as was its close-ratio four-speed manual transmission. Quiet and smooth to 3500rpm, the engine became harsh above that, but the short-throw gearbox was enjoyably light and precise.

Despite a live rear axle, the rear-drive Capri handled tidily, with gentle understeer in normal driving, throttle-adjustable cornering and lift-off oversteer that only became a handful in extremis. The rack and pinion steering lacked feel and self-centring, though, hampering high-speed stability.

Road noise was low, but there was some thumping over joints and an annoying exhaust resonance at 2800rpm.

The otherwise comfy front seats lacked lateral support and myriad switchgear was confusing, while the rear cabin was rather tight to accommodate adults. But overall we found the Capri fast, safe, comfortable and affordable.

The Mk2 and Mk3 were less successful than the Mk1, but the Capri’s late-1980s swansong was marked with the ‘Tickford Turbo’ run of 85 2.8-litre Cologne V6 specials co-developed by Aston Martin. 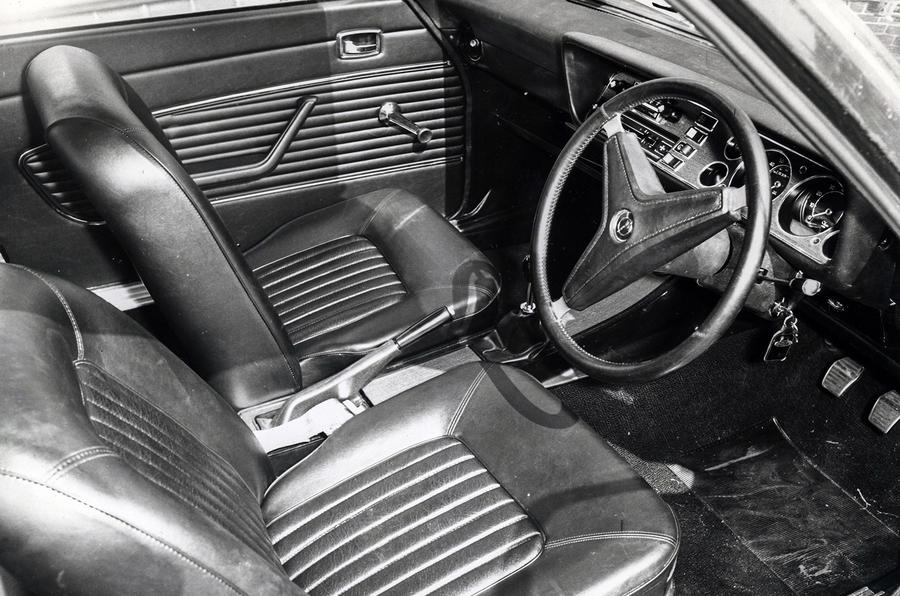