The Car That Made Audi Turns 50 This Year

If you wanted a prestigious German car in the 1970s, chances are you would have ended up with a Mercedes-Benz or BMW. But another marque was blossoming and would soon introduce a car so excellent that consumers had no choice but to pay attention.

First introduced in 1972, the Audi 80 (known as the Fox in the US and Canada) hit the scene and immediately made an impact. Just a year after its debut, the compact executive sedan walked off with the respected Car of the Year award, with consumers and motoring media both impressed by the dynamic handling and parsimonious fuel economy.

Now, as it celebrates the 80's 50th anniversary, Audi has taken a trip down memory lane to extol the virtues of the car that put the company on the map. Internally known as the B1, the brief was simple - Audi needed to introduce a sensible family car that was "modern, but not trendy" so as not to date the styling.

Weight reduction was an important part of the development process, with head technical developer at the time, Ludwig Kraus, reportedly asking his team to reduce mass on every component - without jeopardizing quality and strength. This commitment paid off, with the entry-level two-door tipping the scales at around 1,840 lbs. This didn't just aid handling, though.

The 80/Fox was introduced right at the start of the 1973 oil crisis, which saw gas prices spiral out of control. The fuel-sipping Audi soon became the preferred choice of propulsion for many, including consumers here in America. A variety of four-cylinder engines were made available, with outputs ranging from 54 to 99 horsepower. A four-speed transmission sent motivation to the front wheels.

Fifty years later, one can trace the 80's lineage to the current Audi A4, a stylish and comfortable sedan with a beautifully crafted cabin. The now-classic also cemented the brand's reputation and luxury, which has resulted in a strong image and sales figures - the brand shifted 196,038 vehicles in the USA last year.

In Europe, the "80" nomenclature stuck around until the arrival of the first-generation A4 but, in North America, later models would be marketed as the 4000 and 90. Like the original, these successors also had innovation at the front of mind. The 90, for example, pioneered the procon-ten safety system which pulled the steering wheel away from the driver in the event of an accident.

Those with a penchant for performance also have reason to celebrate the 80/Fox. A distant successor of the original model is the RS2 Avant, a performance wagon that Porsche built and helped develop. "The Audi 80 demonstrates that Vorsprung durch Technik is a tradition at Audi," said Audi's Oliver Hoffmann.

It's not the only German luxury sedan to enjoy its 50th birthday this year. The venerable Mercedes-Benz W116 is celebrating the same milestone. Coincidentally, the Benz also walked off with a Car of the Year award, in 1974. 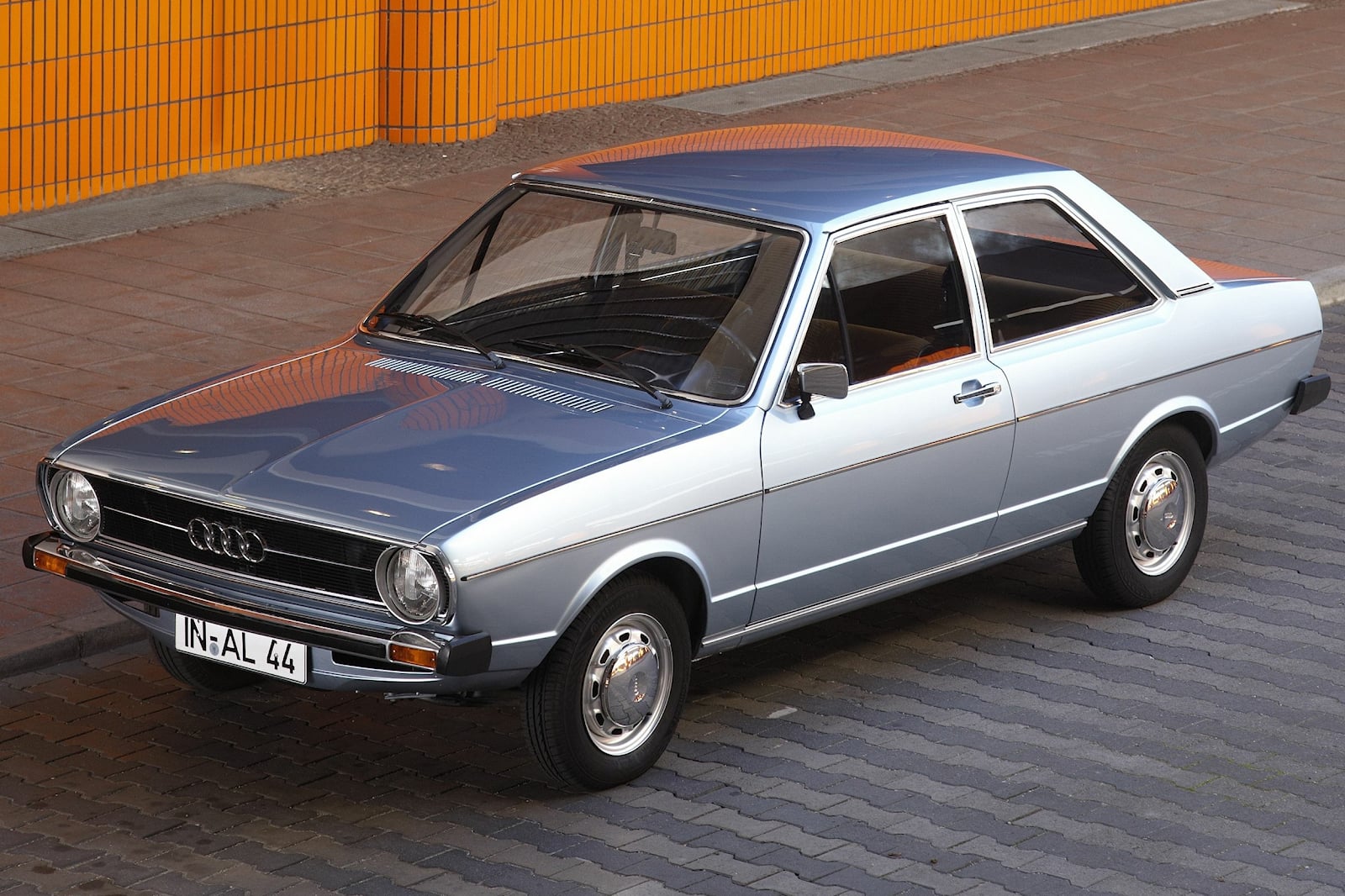 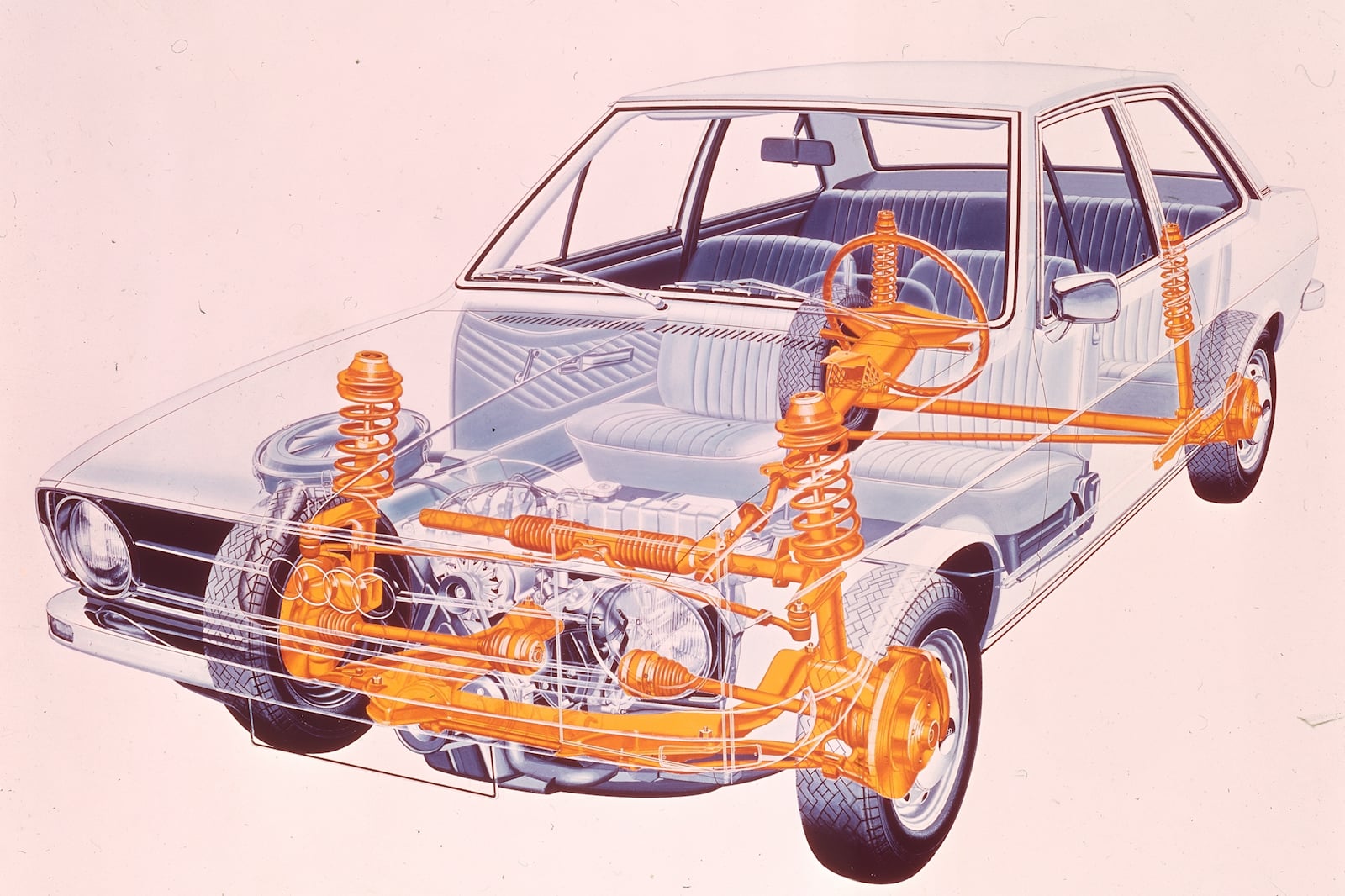