BMWBMW 700
BMW had serious financial problems in the 1950s, caused by slowing consumer demand for its motorcycles, 501 luxury cars, Isetta, and 600 microcars. The model that got BMW out of this pinch is the 700, revealed in 1959 at the Frankfurt Motor Show.

The final example of the breed rolled off the assembly line in 1965. Over 188,200 units were produced in total in three body styles: saloon, coupe, and the rarefied convertible.

The 1962 BMW 700 we’re covering today is a 1962 example that was imported from Germany in 2017 after undergoing a refurbishment in Italy. Sold on Bring a Trailer in May 2022 for $19,500, excluding the listing fee and hammer price fee, chassis number 731456 is once again offered on Bring a Trailer with a jack, a tool kit, and a clean title in the current owner’s name.

Presented with 47,211 kilometers on the clock, which converts to 29,336 miles, the yellow-painted BMW saloon is currently located in California. True mileage, however, isn’t known. Serviced with new axle seals, coil, and spark plug wires, this dinky machine racked up approximately 200 miles under current ownership. Designed by Giovanni Michelotti, who also penned the Alpine A110 and Maserati Sebring, the 700 is called this way after the flat-twin it hides where you’d normally expect the trunk to be.

Displacing 697 cubic centimeters, the two-pot lump is kept cool by a fan that forces air over its little cylinders. A rear-mounted battery also needs to be mentioned, along with a Solex carburetor, a 12-volt electrical system, a four-speed manual transaxle, and a two-in-one exhaust that should be replaced by the next owner due to corrosion and holes. The underbody, including the car’s front and rear axles, appears to be in tip-top condition.

Up front, the frunk houses the windshield washer reservoir and fuel filler cap in addition to a full-size spare and jack. Pictured on 12-inch steelies mounted with whitewall tires, the 700 rocks four drum brakes.

Beige cloth upholstery and body-color panels dominate the interior, where you’ll find a two-spoke steering wheel that frames a 150-kph (93-mph) speedometer. After three bids, the 700 currently stands on a high bid of $3,000 on Bring a Trailer. The auction ends Tuesday, November 22nd. 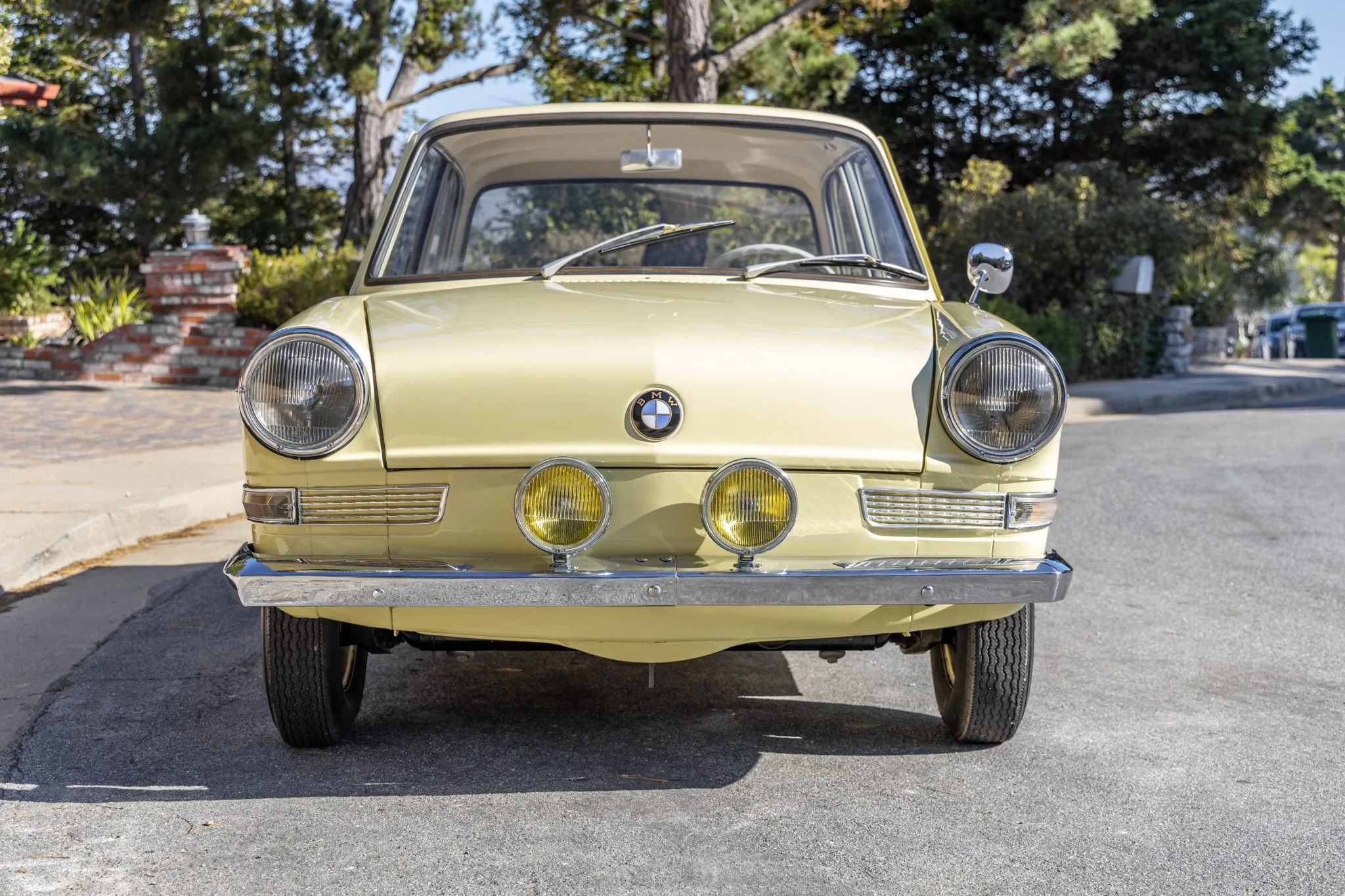 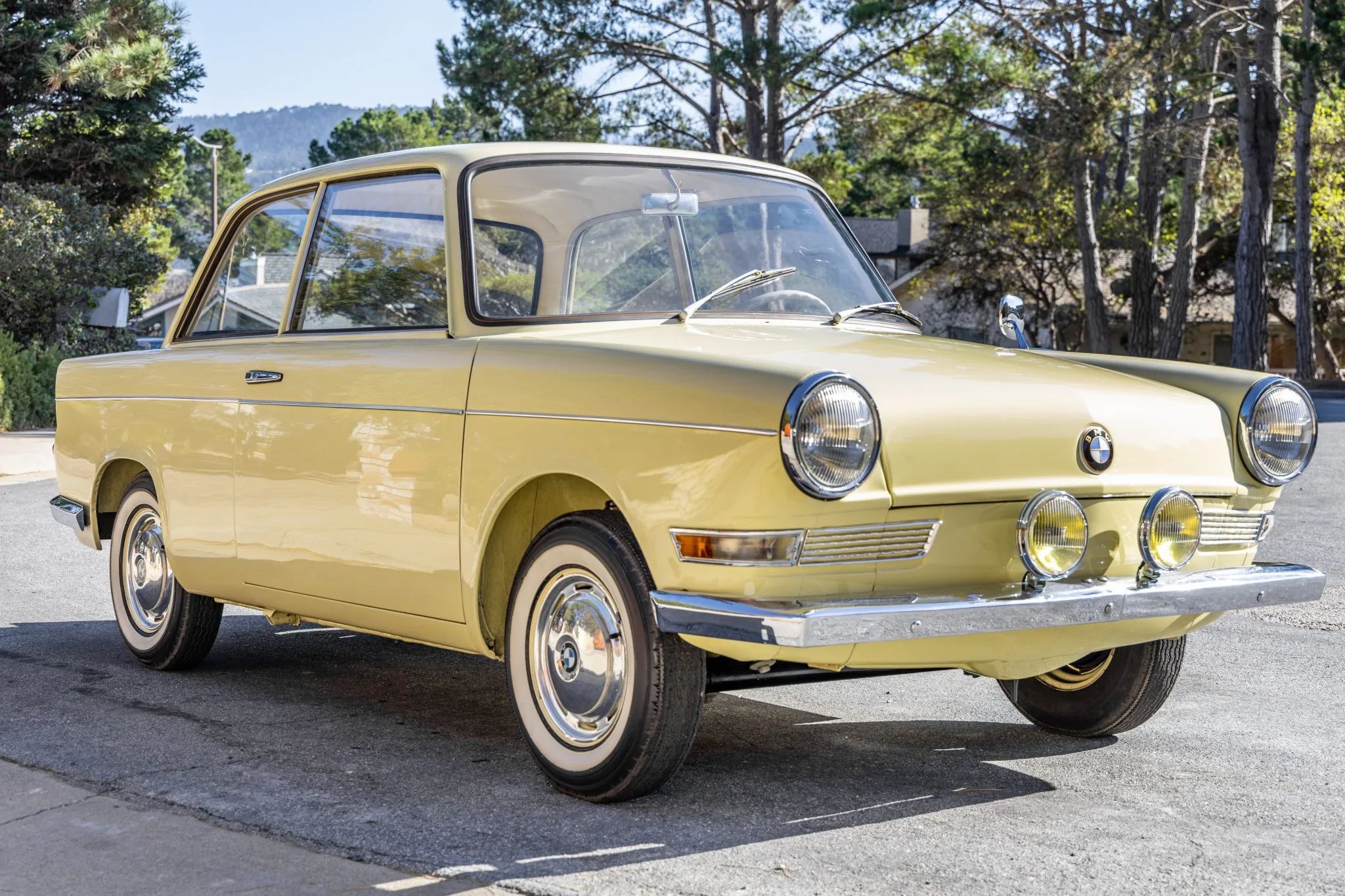 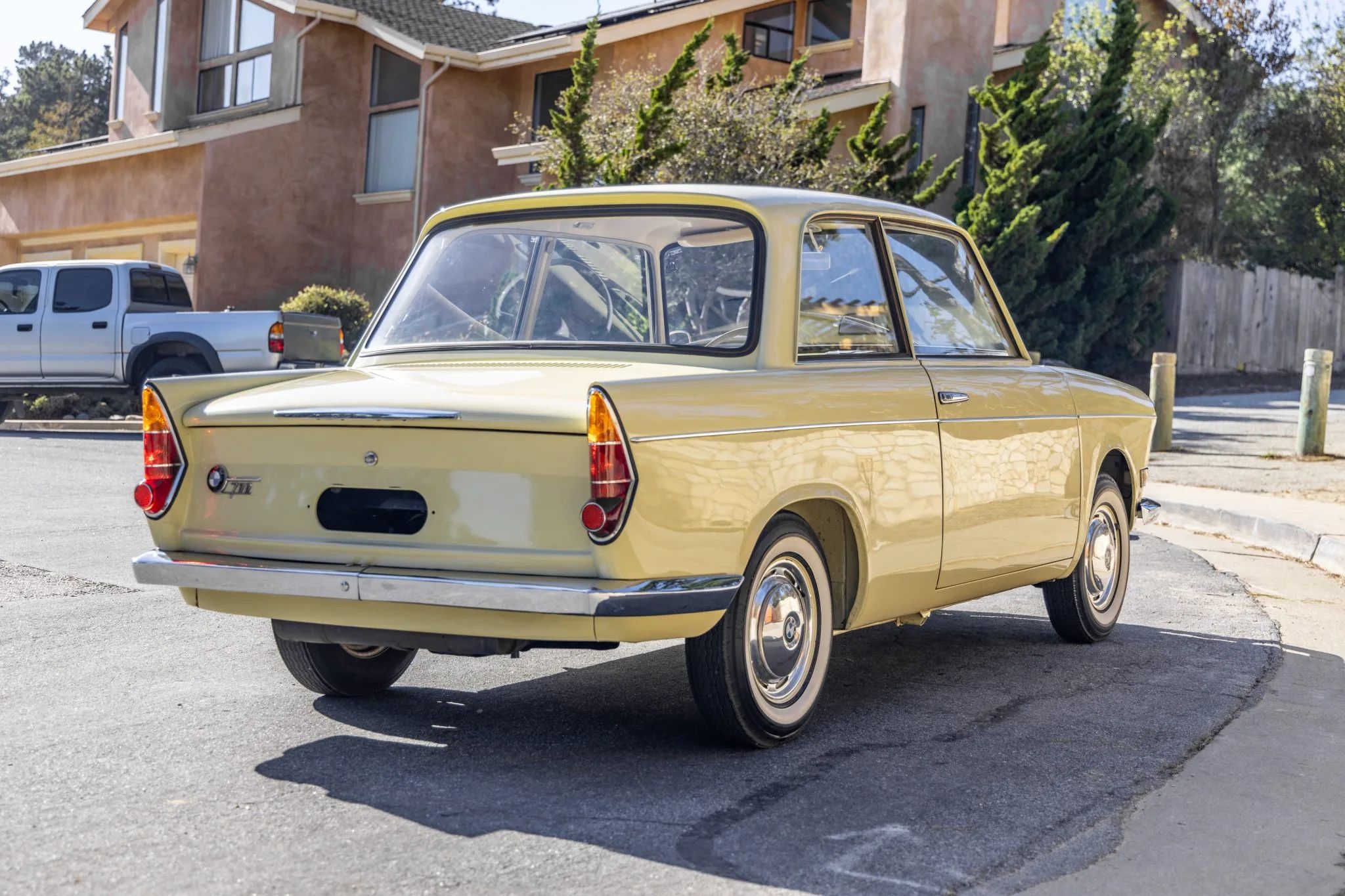