The Chevy Suburban is an SUV with a very long history.

ape with a history that dates back to the mid-1930s. The team from Fleet Logging has a series of drawings that let us see the venerable model's evolution from the beginning through today. 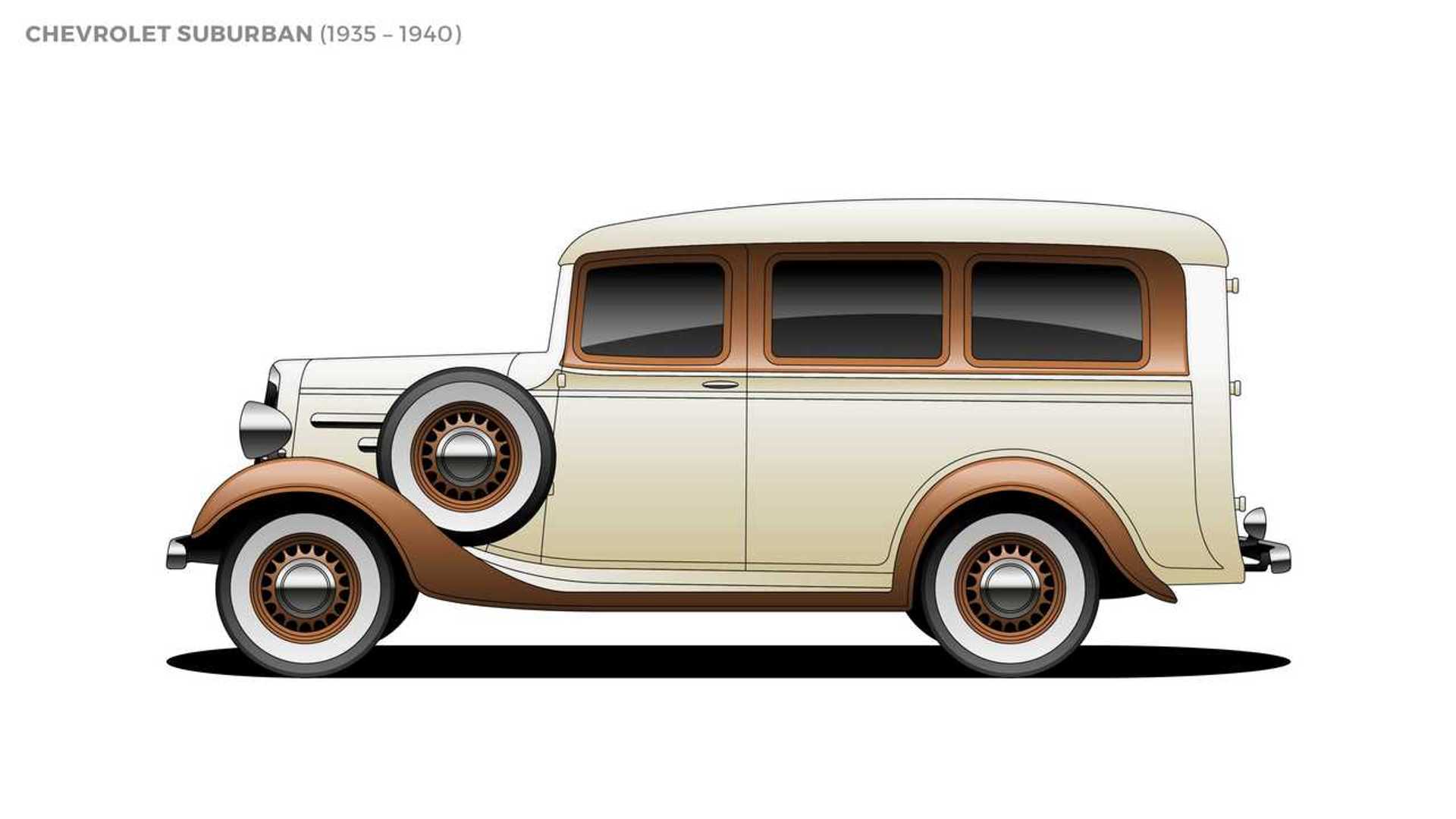 Launched for the 1935 model year, the original Chevy Suburban was notable for its all-steel body construction. At the time, using wood as the structural component of a vehicle was common, so being fully metal was a major selling point for improved ruggedness in comparison to the now-iconic woody wagons. For added durability, it rode on the company's half-ton truck platform.

Introduced in 1941, the second-gen Suburban adopted a more modern looking body, and there was room for up to eight people inside. Some of them also served in World War II as military transports.

Following the war, Chevy introduced a new Suburban in 1947 wearing the smoother Advance Design language from the company's trucks at the time. This generation was also the first time that buyers could get an automatic transmission in the SUV. 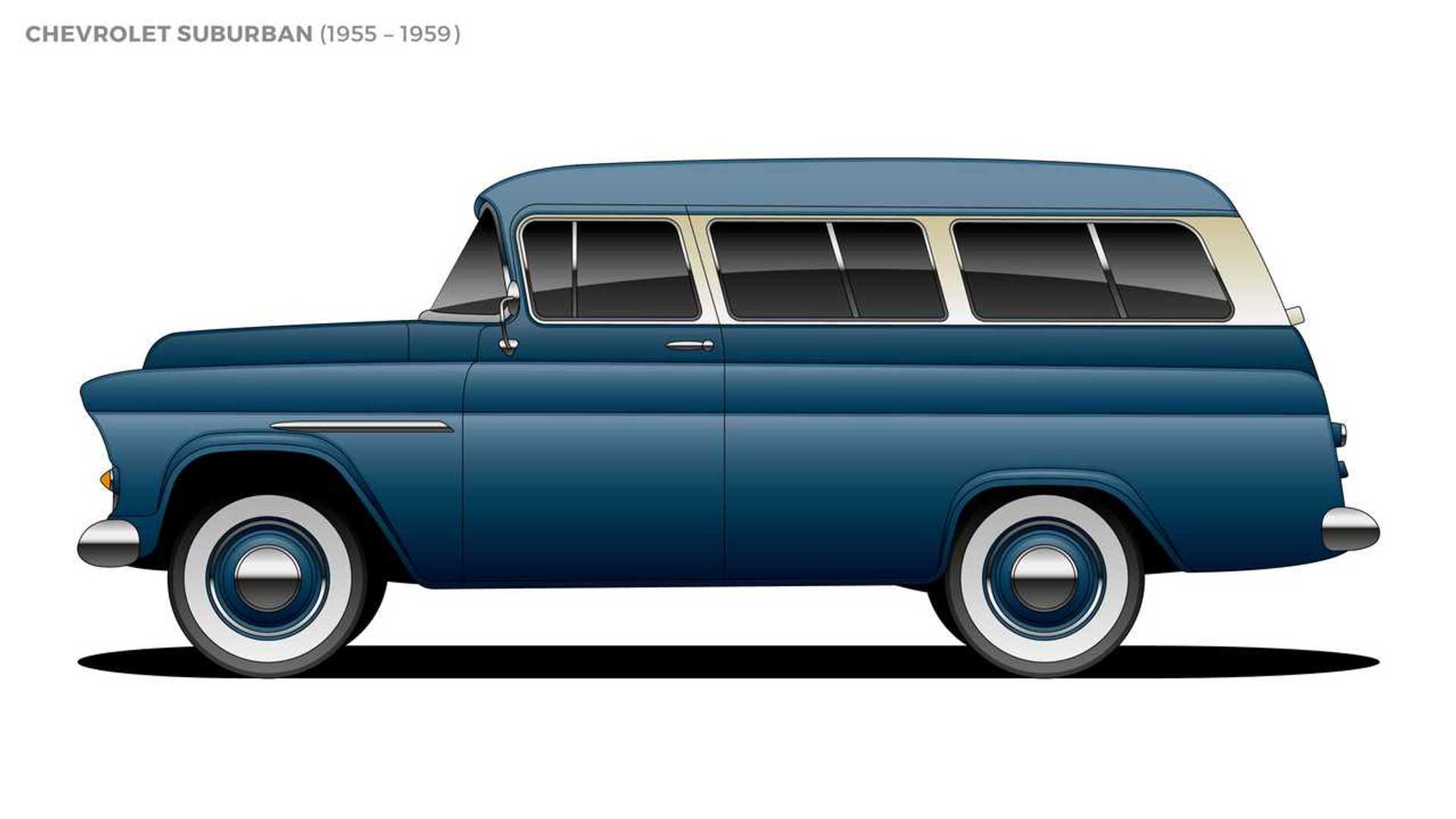 For the generation arriving in 1955, buyers could finally get a V8 in their Suburban, where previously only an inline-six was available. In addition, four-wheel-drive became an option for the first time through a NAPCO conversion. 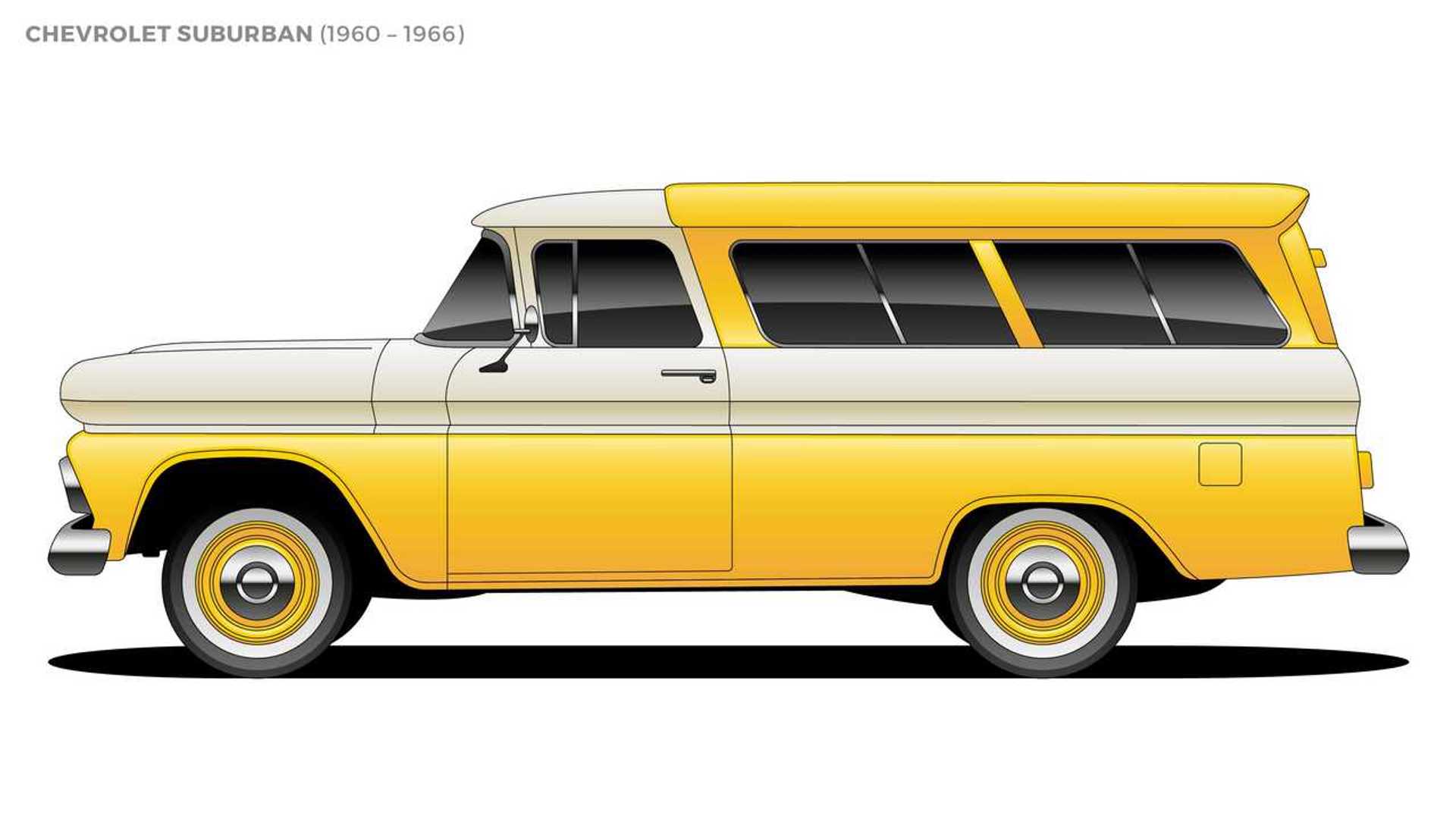 In 1960, the Suburban adopted a somewhat sharper appearance, like other Chevy trucks at the time. With four-wheel-drive proving popular, the company introduced the drivetrain as a factory option.

For 1967, the Suburban received a fairly major styling overhaul that significantly reduced some of the round lines from earlier generations, and this became a trend for future models. It also introduced a three-door body with one opening on the driver side and two on the passenger side. For folks needing even more capability, a version with a three-quarter-ton rating joined the range with the existing half-ton. 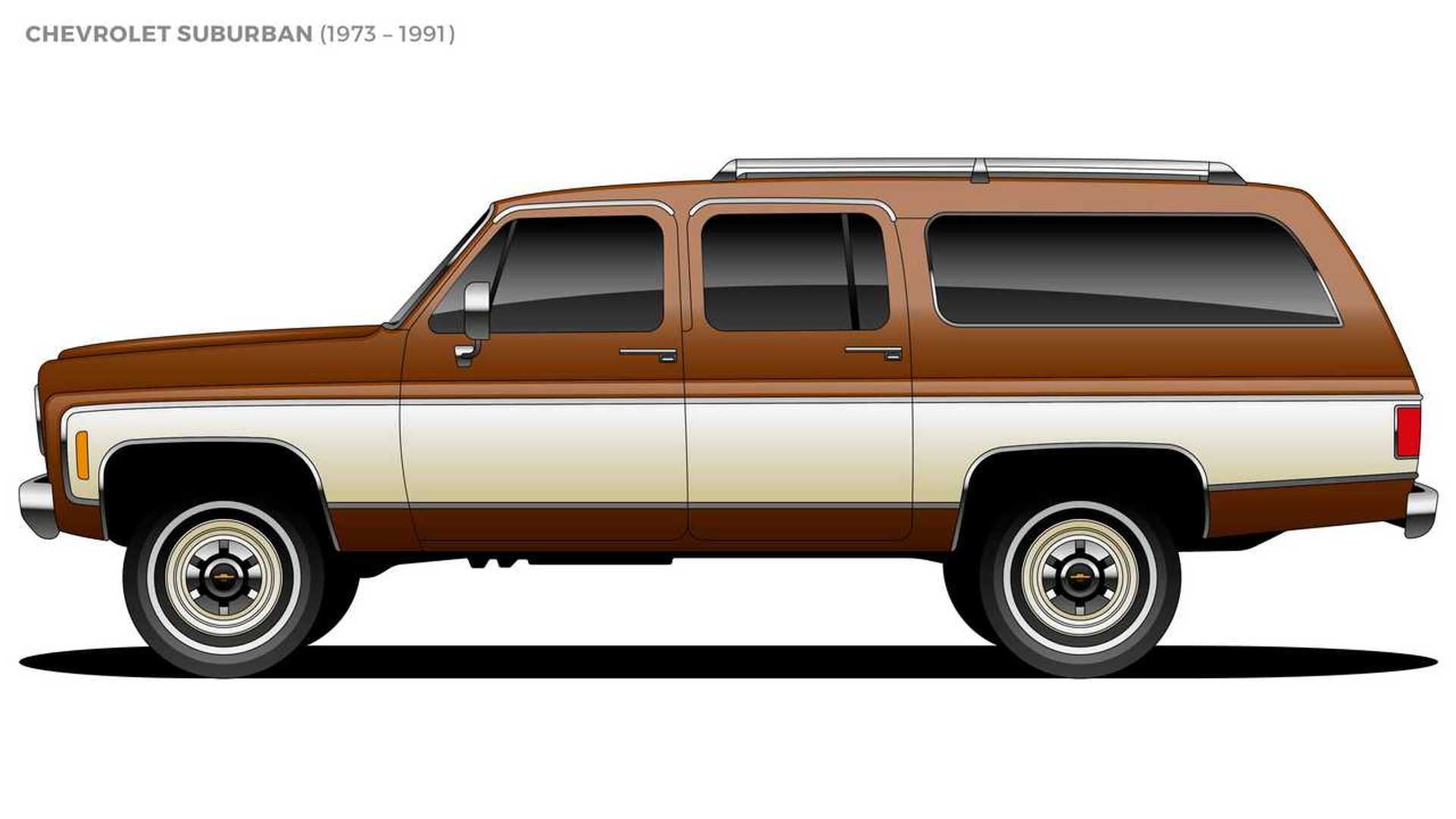 The seventh-generation of the Suburban arriving in 1973 lost even more of the rounded look from earlier models, and this general appearance stuck around for 18 years. There was now a four-door body, too. Technical innovations during this model's life included the introduction of a four-speed automatic and automatic-locking front wheel hubs to allow for shift-on-the-fly four-wheel-drive engagement.

A new Suburban finally arrived for the 1992 model year. It featured more modern styling and an independent front suspension for a somewhat more comfortable on-road ride. 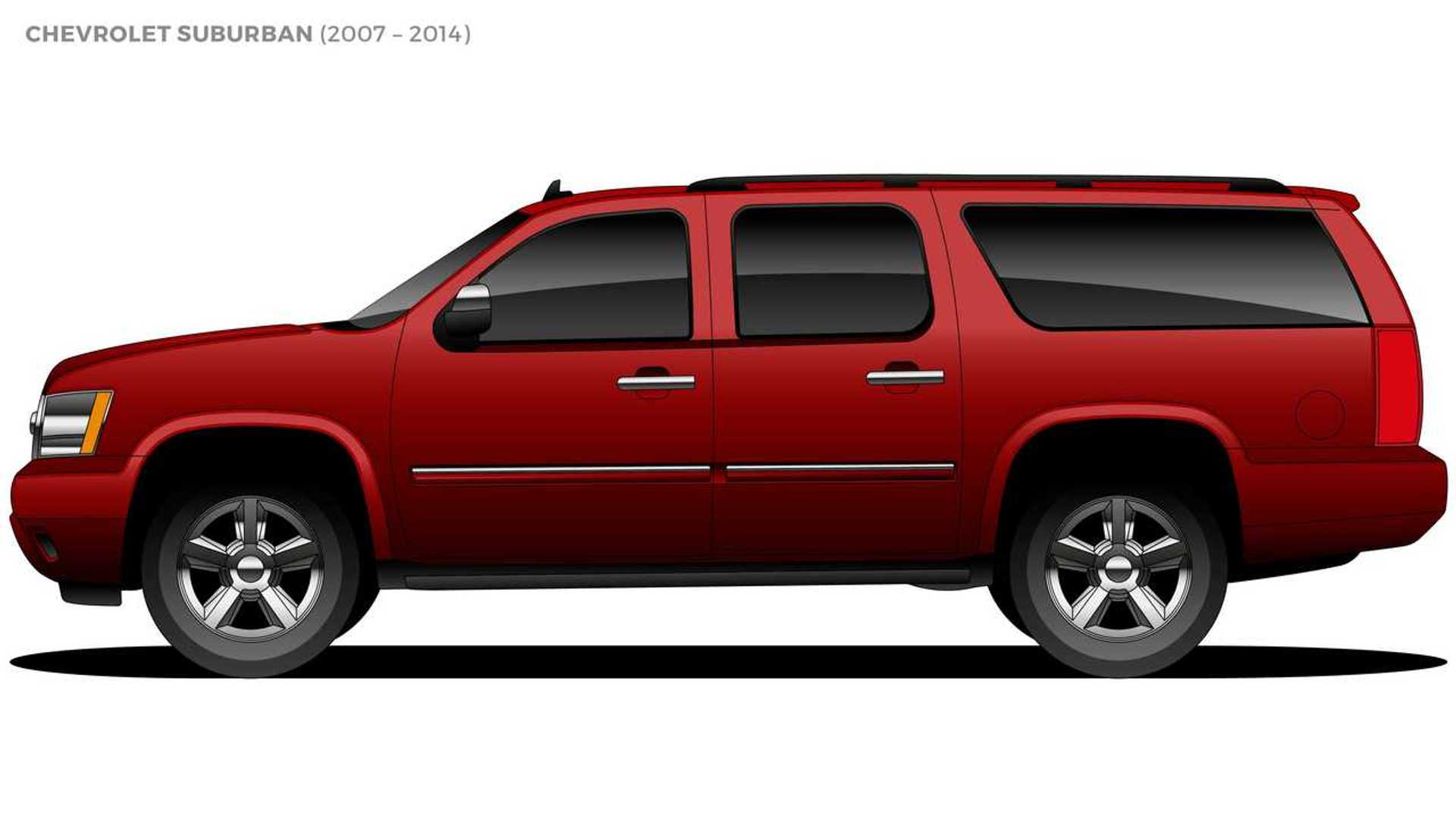 Introduced in 2007, the tenth-generation of the Suburban adopted slightly softer lines. This model introduced more advanced tech like a rearview camera, blind-spot monitoring, and parking assist, taking the SUV into a more modern age. 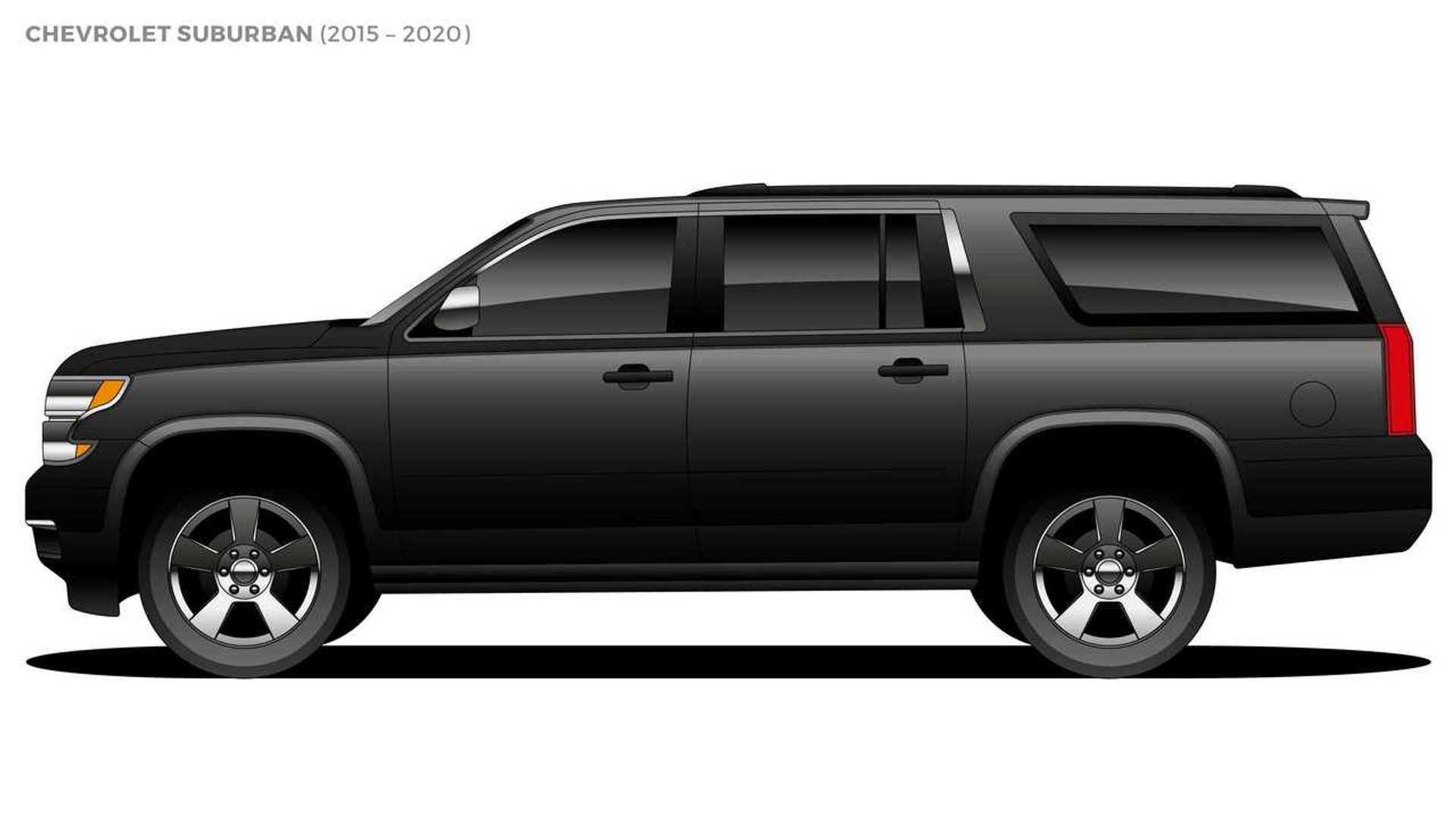 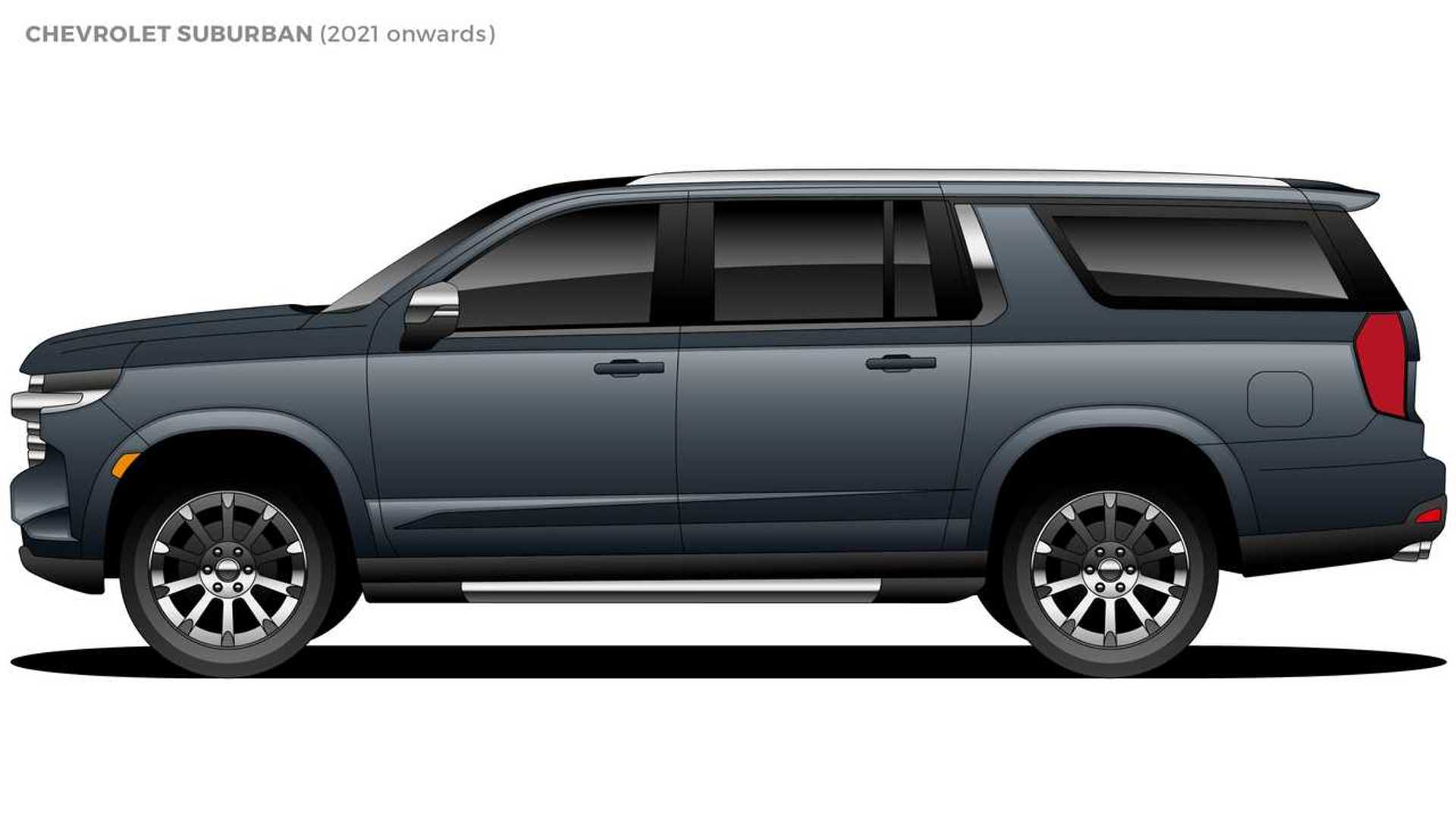 A new Suburban just arrived for the 2022 model year. It now rides on an independent rear suspension, and buyers can get an even smoother ride with available amenities like Magnetic Ride Control and Air Ride Adaptive Suspension. Inside, there can be as many as five screens. A 3.0-liter Duramax turbodiesel inline-six joined the powertrain range. 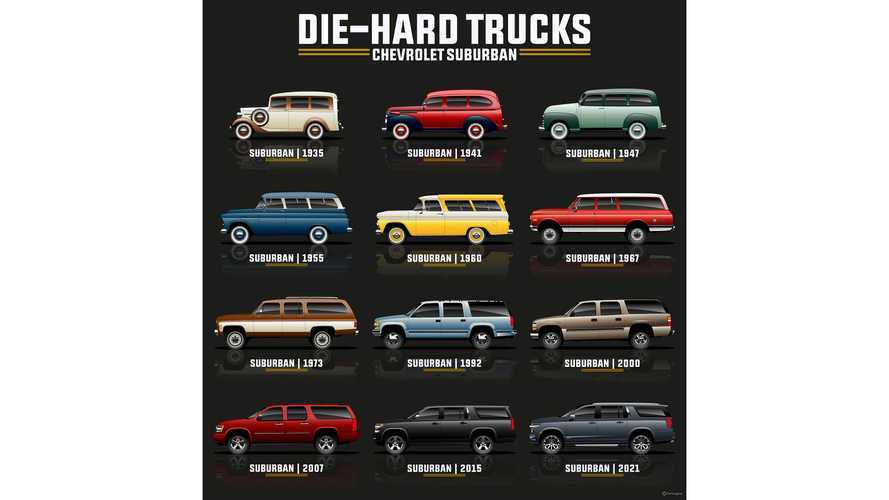