1959 Ford Thunderbird Is One Chopped and Mean Purple Monster

Take a quick look around the closest parking lot, and you’ll see a long line of cars that even if they’re made by distinct carmakers, kind of look the same.

That's not a problem in itself, as this has been the case since times immemorial, but aren't you bothered by the lack of personality today's makes come into the world with?

Where are the sculpted panels of before, the flowing lines, all the details that made cars look stunning, or at least made them seem to say "this is me, and I like it"? No, they're not gone, only you'll never find them on today's cars – you'll have to go back in time to get your fix.

The Thunderbird was one of Ford's longest-running nameplates. Born in 1955, it was in production well into the 1990s, and then revived for a brief period of time in the early 2000s. Counting that little fiasco, the Thunderbird burned through 11 generations before being shelved (apparently) for good.

The one we have here comes from 1959, meaning it's a second-gen – that's the one that made the transition from the original two-seater thunderbird to a four-seater, and looked so sharp it was almost menacing.

The aggressive stock look of the car apparently wasn't enough for the guys behind this here Thunderbird. So they chopped and lowered it by 2 inches, slapped a 390ci (6.4-liter) engine under the hood, and took the bold decision of painting it purple.

All of the above might make the car, in the eyes of some, one ugly duckling. But even those who feel that can't deny the fact the Thunderbird has more personality than most of Ford's lineup has today, combined.

We found the car waiting to be sold this weekend as part of the Mecum Kansas City auction. No estimate on how much it is expected to fetch is available, but be sure we'll get back on this if it breaks a record or something. 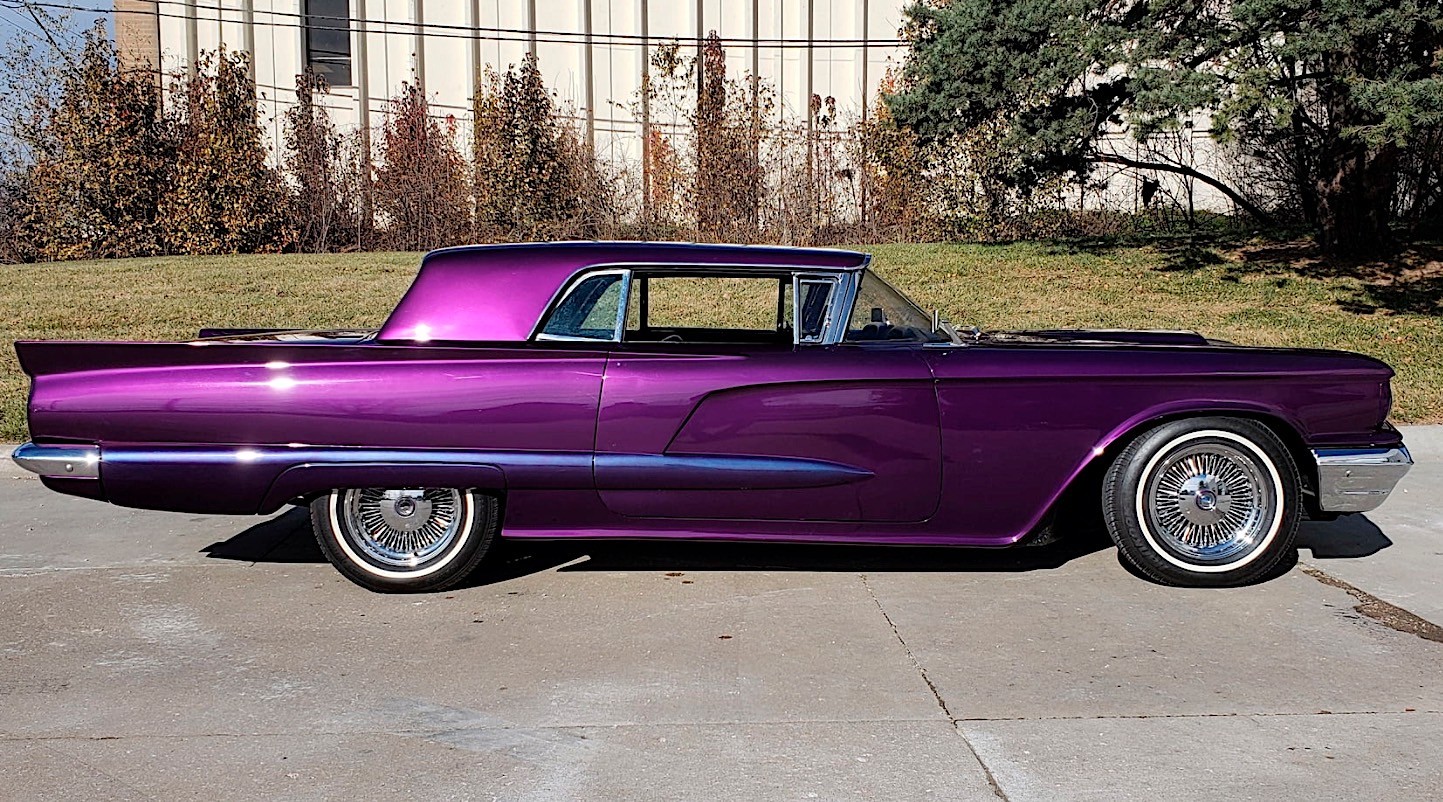 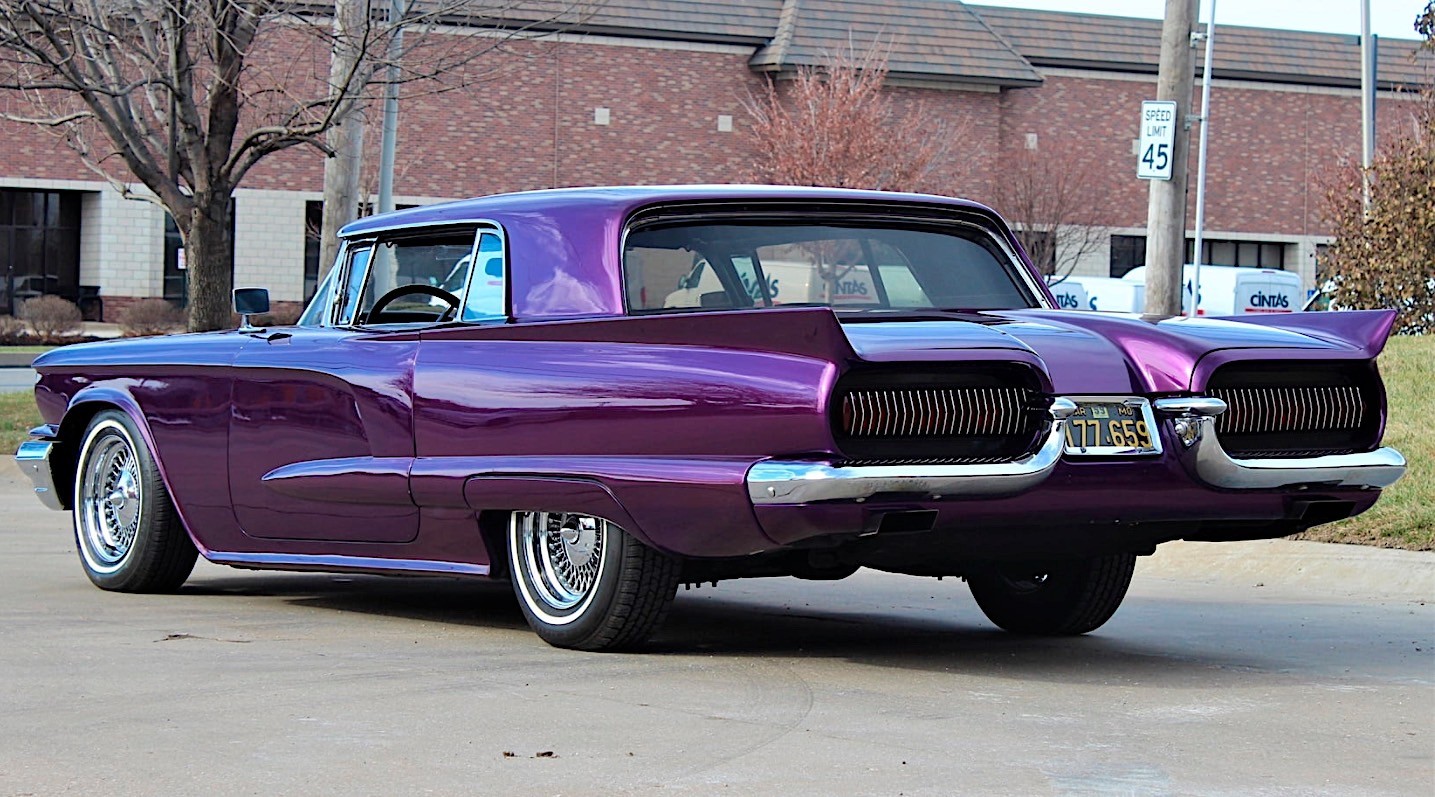 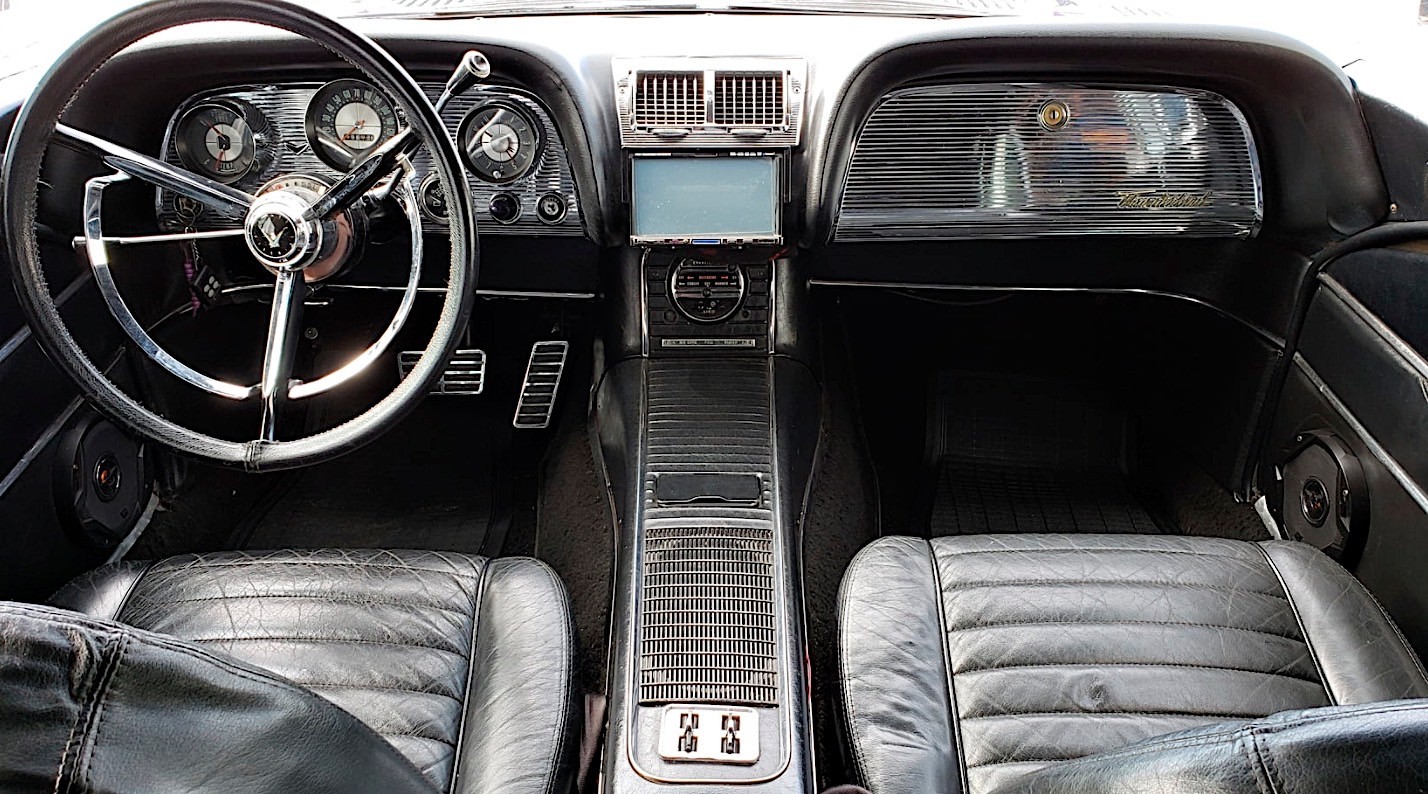 Класичні Ford в кузові з нержавійки: на продаж виставили одразу три унікальні машини22 Maio 2020
1976 Ford Thunderbird Parked For 31 Years Has Charming Exterior, Divine Interior6 Janeiro 2021
12 Cars You Can Legally Import To The Us In 201715 Janeiro 2017
Unique Of The Week: Turning A Wrecked Ford Mustang Into A Rat Rod Should Become A Thing6 Março 2017
Mustang History On The Block: Car 00002 Is Up For Auction29 Março 2017