A Colorful Look At 50 Years Of The Porsche 911 Targa The perfect combination of a 911 coupe and cabriolet for half a century.

With the summer season upon us, what better time to look back at the history of the Porsche 911 Targa? That's what Porsche decided to do, sharing the colorful history of a sports car that's "neither a cabriolet nor a coupe". The all-new 2021 Porsche 911 Targa 4 and 4S were unveiled just days ago, but the story started in September 1965, when the first 911 Targa was revealed at the Frankfurt International Motor Show.

It was dubbed the "first safety cabriolet in the world" due to the use of a fixed safety/roll bar. The 'Targa' name came from the Targa Florio, a Sicilian road race and the site of many Porsche motorsport successes. As far back as 1967, a heated rear glass window was available in place of the plastic window.

The second-generation Targa (known as the G series) went into production in 1973, and although the 911 itself was modified with new bumpers and other changes, the Targa roof's enhancements were limited to a roll bar available in black, in addition to the brushed stainless steel. The 964 was a bigger change, with 85 percent of its parts being new. This generation represented the last use of the Targa roll bar for almost two decades, until the 991 brought it back.

Introduced in 1993, the 993's newly introduced electrically-operated roof was a big departure from the older roll bar. The roof now featured tinted heat-insulating glass and the new design contributed to much reduced wind noise. The 996 not only introduced a very different - for a 991 - face, but the Targa's glass roof now had a surface area of over 1.5 square meters, plus a rear window improved access to the back storage area.

Following this came the 997, which moved the 991 Targa firmly into the modern era. Lightweight glass was now used for the roof, and twin high-gloss aluminum strips added a dash of visual flair to the look. With this generation, the Targa was only offered with all-wheel drive. The 991-generation Targa saw a return of the original's wide bar, along with a wraparound rear window. But unlike the original, the center roof section was effortlessly opened electrically as it disappeared behind the rear seat.

Although some manufacturers have mimicked the Targa's configuration, such as Mazda with the MX-5 Miata RF, it remains a design associated first and foremost with Porsche. The all-new Targa retains the classic silver bar and its roof can be opened in just 19 seconds. Like every Targa before it, the latest Targa offers the best of both worlds: sensational driving dynamics from probably the best sports car line ever and the versatility of open-top driving for those warmer summer days. 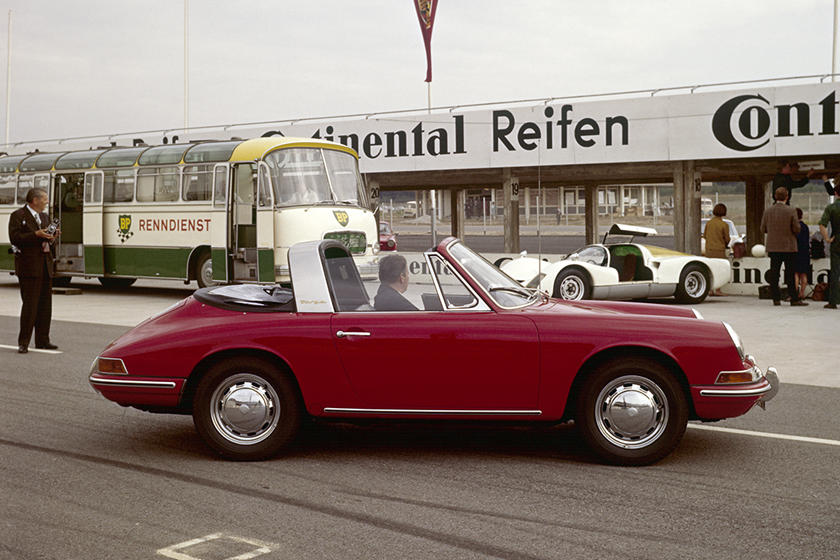 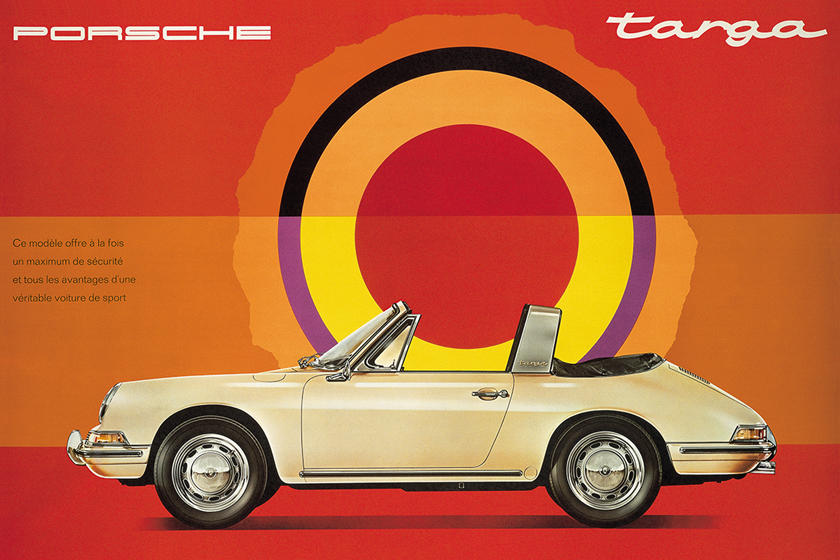 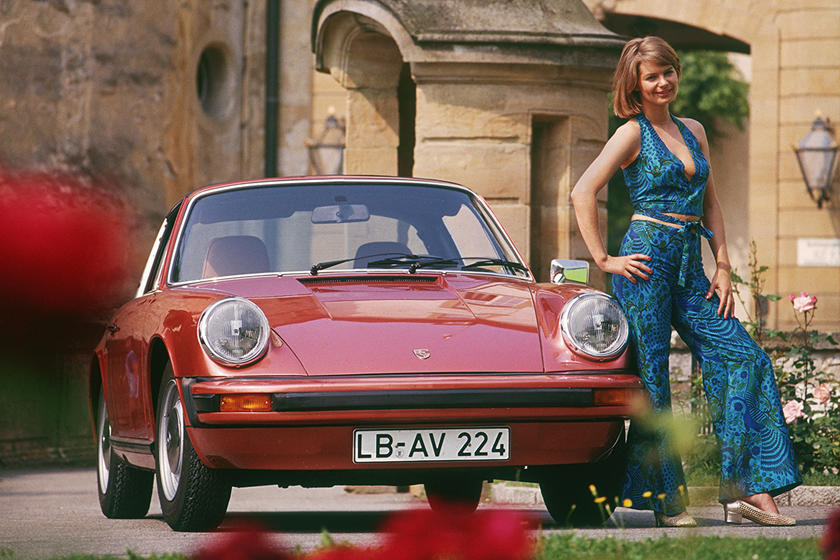 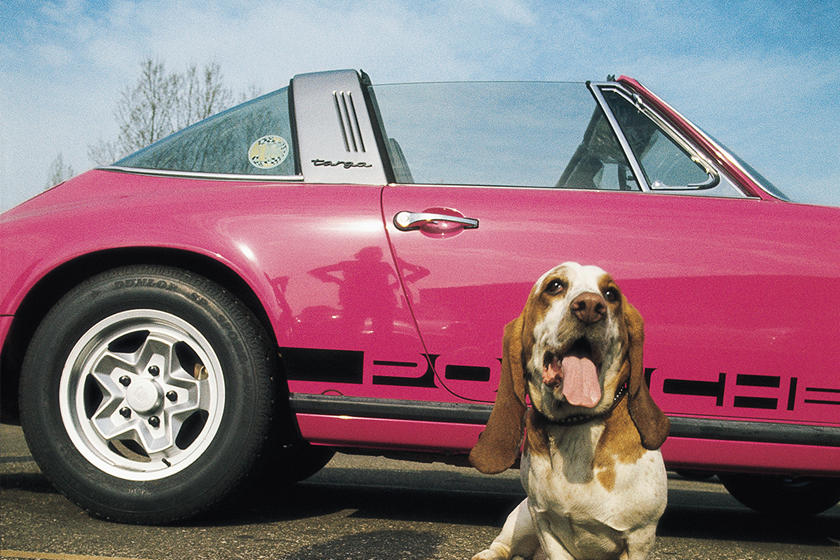 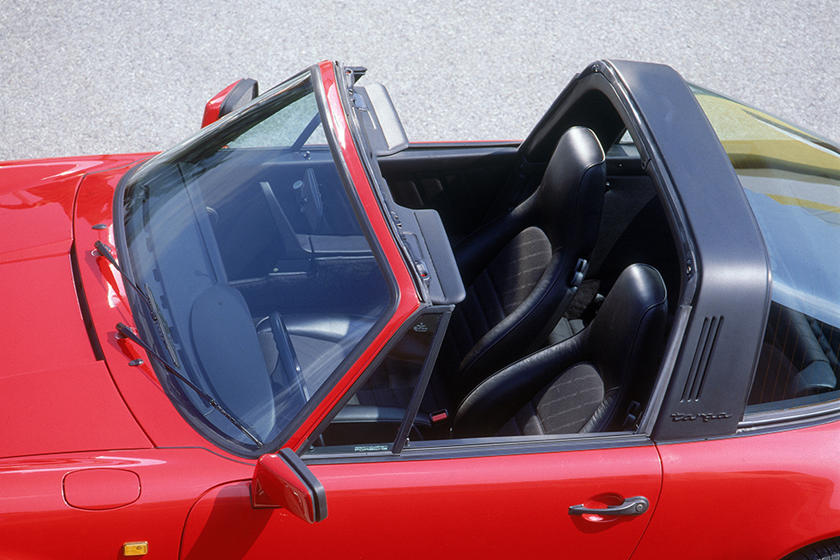 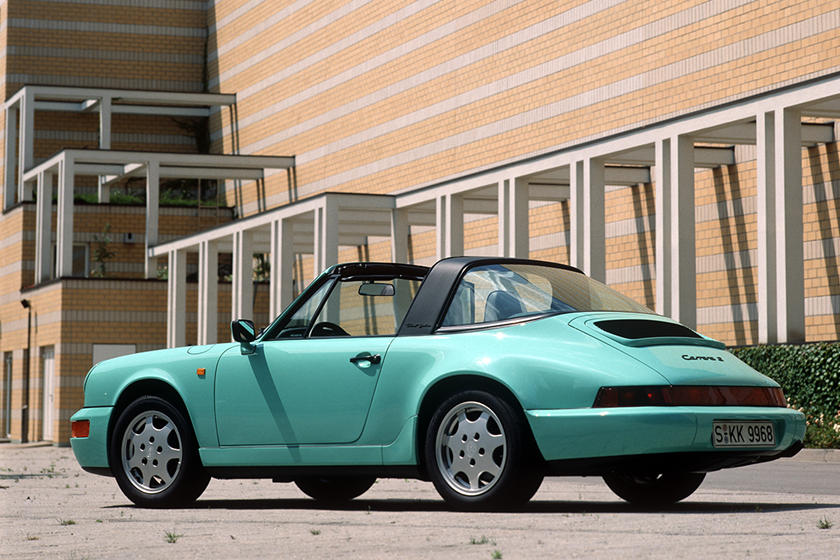 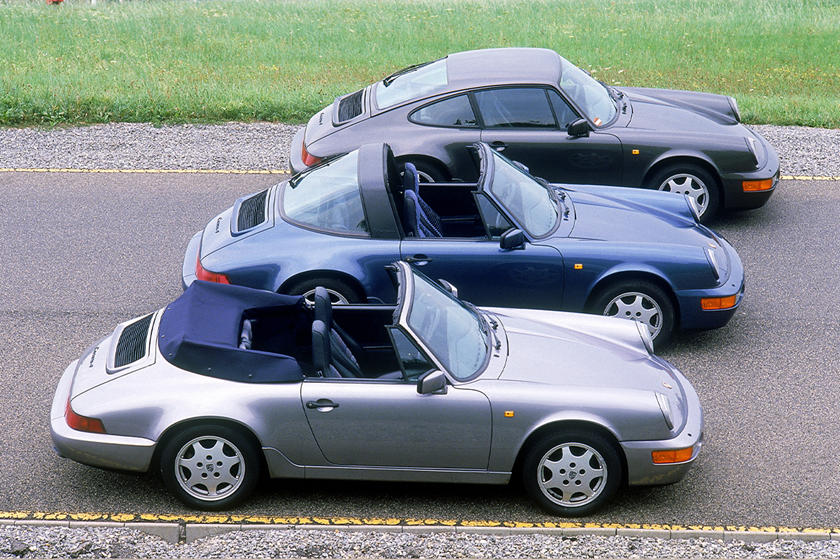