Helm Motorcars - a company set up last year to restore and modernise Series 1 Jaguar E-Types - has revealed the first completed car of an initial run of 20.

Each Jaguar E-Type Reimagined retains at least 30% of the original, reinforced steel monocoque shell, and the car’s 3.8-litre, naturally aspirated engine has been rebuilt with the addition of fuel injection for added reliability and performance.

Producing around 300bhp, 0-62mph could take as little as 4.5sec. The E-Type has registered 160mph on tests conducted on a rolling road.

Various elements are completely new: the car features a bespoke five-speed gearbox, speed-sensitive power steering, alloy front brakes, adjustable suspension, a heated screen and soft-close doors, among several additions. All of the wiring is modern too.

The renovated interior has been designed and produced by Bill Amberg, whose studio has been in operation for over 30 years. It features a mix of suede and semi-aniline leather throughout, with handcrafted aluminium panels wrapped by Amberg’s team of leather experts.

Leather also features on the toggle switches, steering wheel and grab handles, and every example of the car comes with a matching luggage set. It is claimed that a total of 3800 hours of work go into each individual E-Type.

Helm says the base price for the Jaguar E-Type Reimagined is £420,000, with prices rising depending on the exact demands of each customer. Of the 20 examples to be built, two have already been sold.

Company founder Chedeen Battick is said to have spent more than a decade tracking down and restoring Jaguars for Automo, another E-Type specialist.

“I wanted to create the E-Type the way I feel it should be, remaining sensitive to its history, but without a vinyl interior, and without the hassle of carburettor trouble,” said Chedeen. “We combine British craftsmanship with the finest standards of modern automotive engineering, instilling a feeling of love, care and attention to detail within each component.”

The original Jaguar E-Type was designed by Malcolm Sayer in 1961. 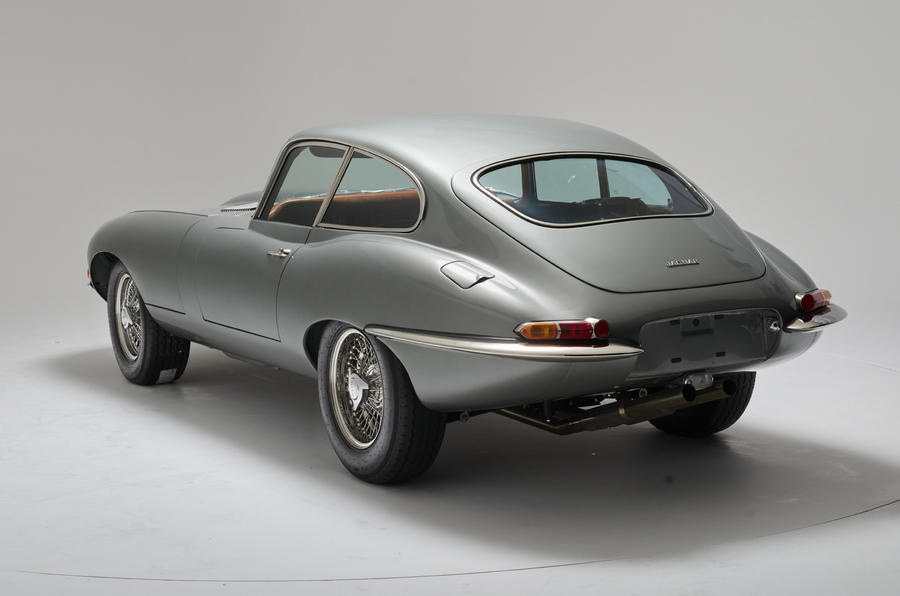 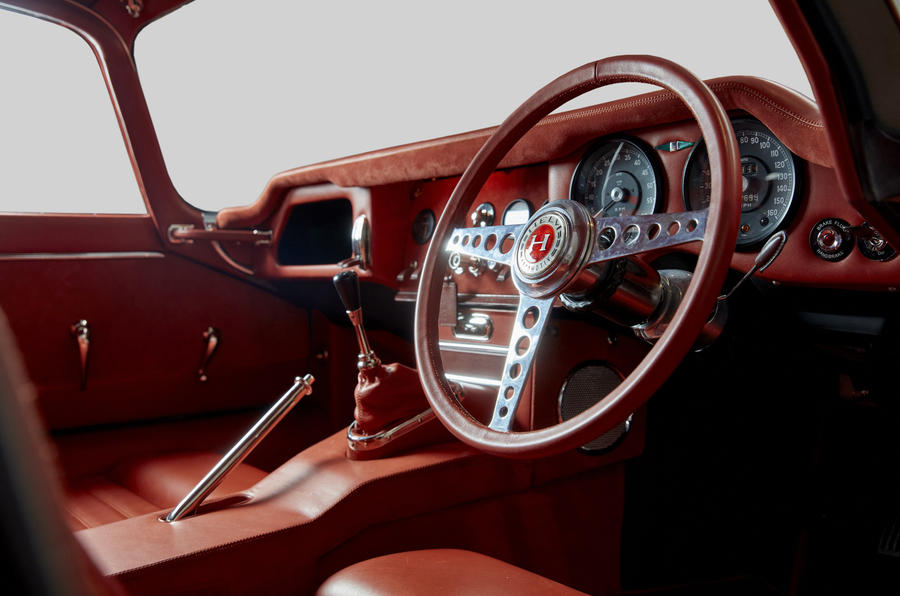 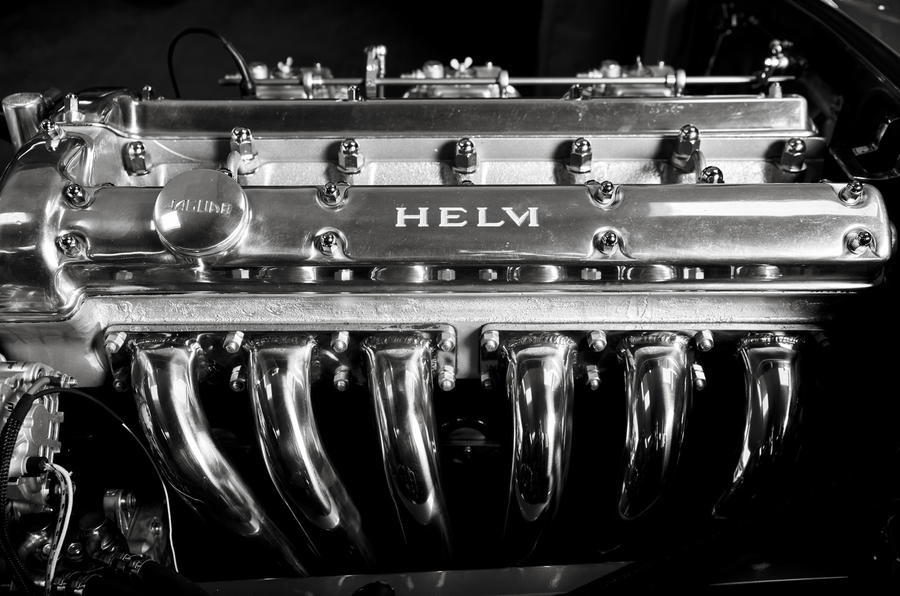 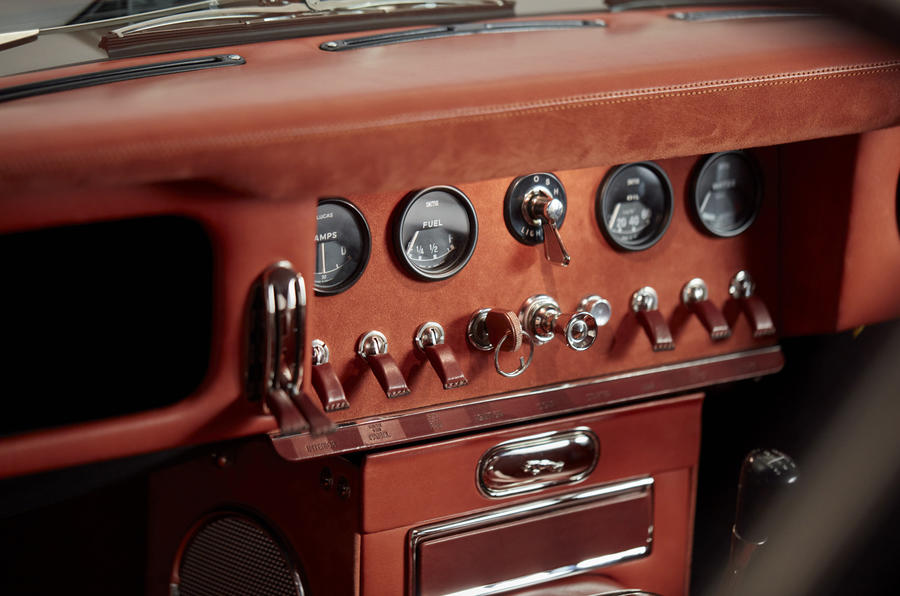 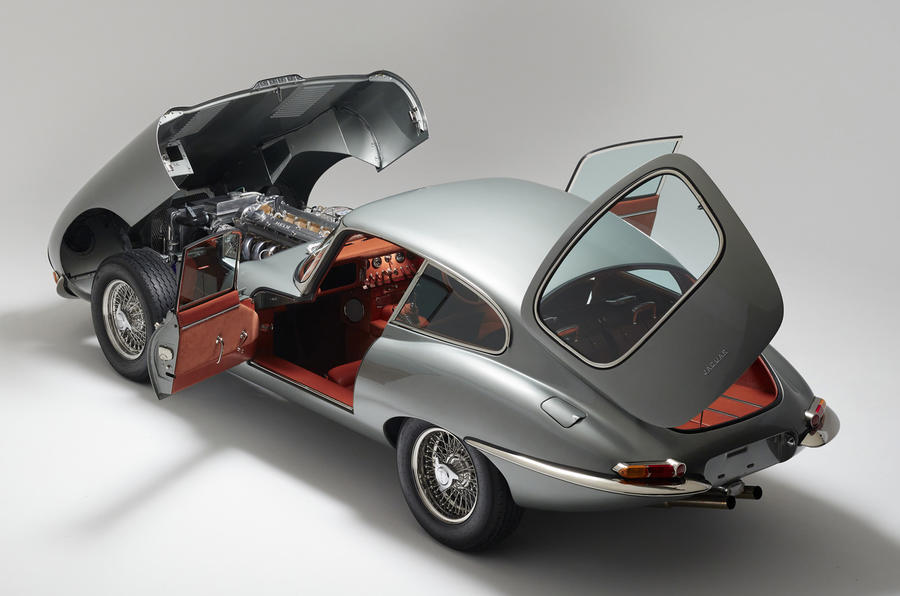