BMW's M division launched its first production car almost 35 years ago, and has recently revealed the new Concept M4. We take a look back at the firm's most iconic models

In 1979, the car regarded as the first proper M car for the road was launched. The BMW M535i was the predecessor to the E28 M5 and was a high-performance variant of BMW's popular 5-series saloon. Powered by the 215bhp 3.5-litre M30B34 engine, it incorporated Recaro seats, bigger brakes, a limited-slip differential and a close-ratio transmission.

Four years passed and the M635CSi was launched. M applied its magic to the 6-series, fitting the new M88/3 engine which developed 282bhp and made the M635CSi good for 158mph. Just 5,859 models were built, although plenty of lesser models gained M badges fitted by owners - a trend that continues today.

The first M5, based on the E28-generation 5-series, set the blueprint for a performance saloon. It combined the best of the 5-series - comfort, refinement and build quality - with vastly improved performance. It could reach 62mph in 6.5sec and run on to 153mph; fast even by today's standards. With luxuries such as electric windows, central locking and light alloy wheels, it was evident the M division were beginning to target the premium sector. A family saloon car developing this power was previously unheard of and it was a gamble that paid off for BMW.

Arguably the most crucial year in the history of BMW M was 1986, with the launch of the E30 M3. The first M3s produced 197bhp from their high-revving 2.3-litre inline four-cylinder 16-valve unit. However, the later Evolution and Sport Evolution models produced 217bhp and 235bhp respectively. Zero to 62mph in 6.9sec, allied to touring-car-esque handling, it was a stunning package still highly-regarded to this day.

The BMW 850CSi was the nearest M came to developing a supercar. It was an M car in all but name, and took over from the prototype M8. The 850i's engine was tuned so extensively that BMW assigned it a new engine code – S70. A 5.6-litre V12 – the only M car to feature 12 cylinders - and 375bhp made it good for a limited top speed of 155mph. It was BMW's flagship car at the time and incorporated advanced kit such as active four-wheel steering.

The E36 M3 had a hard act to follow when it launched in 1992. It gained two more cylinders over the four-pot E30, and the new model eventually spawned coupe, convertible and saloon versions. It was initially offered with a 3.0-litre straight-six developing 282bhp, but later models gained a new 3.2-litre straight-six from 1995, which boosted power to 316bhp. The E36 M3 was touted as one of the best handling cars of the nineties, and in 1997 introduced BMW's Sequential Manual Gearbox.

In 1998, BMW M released the M Roadster and Coupe. It was a hybrid of the Z3 - a car largely unloved at the time - and the E36 M3 Evo, from which it took brakes and much of the suspension. The M Coupe, either known as the breadvan or clown shoe depending whether you were British or American, remains an enigmatic performance car with a cult following.

The same year saw the launch of the E39 M5, a car created in far greater numbers than its predecessors and built on the same assembly line as the regular 5-series. Power was now up to 394bhp from the new 4.9-litre V8 and 0-60mph dispatched in 4.8sec.

The millennium saw the introduction of the third generation of M3, the E46, which offered up 338bhp from its 3.2-litre straight six. For the first time since the E30 M3, a saloon version was not available. With a 0-62mph time of 5.1sec and limited to 155mph, it is considered one of the greatest all-round sports cars, particularly in CSL guise.

That model was a lightweight limited-edition version of the E46. It was 110kg lighter than the standard M3 coupe and the tuned 3.2-litre straight-six was up to 355bhp. It is still regarded as one of M's finest creations.

2005 saw the introduction of the most advanced M5 to date. The E60 M5 featured a 500bhp V10 which was designed to link the car with BMW's Formula One effort. It was the fastest four-door saloon at the time of its release. Capable of 200mph de-restricted, it was only available with the SMG III sequential manual gearbox. It boasted a host of technology to vary the speed of gearshifts, and the driver was able to adjust power output on the move.

The same year saw the launch of the M5's sister car, the M6. It marked a return of the hot 6-series, not seen since the M635CSi, and offered a proper GT in BMW's line-up.

M's first SUVs hit the showrooms in 2009. The BMW X5 M and X6 M both pack a 555bhp 4.4-litre V8. The Porsche Cayenne Turbo rivals returned predigious performance, dispatching 62mph in a around 4.5sec, but split opinion as to whether a high-riding model deserved to carry the same designation as the M3 and M5.

Despite losing two cylinders, the F10-generation BMW M5 remains one on the best supersaloons on sale. Like the E60 M5 it replaced, it bristles with technology, all in the pursuit of ultimate performance. Its much the same story with the current M6, which is now sold as a coupe, convertible and a four-door GranCoupe.

The same year, the 1-series M was launched. Lauded as the spirtual successor to the E30 M3, the limited run's iconic status was assured. The limited-run model had a wider track and power came from a 340bhp version of the engine from the 335i.

2014 would see a big shift for the venerable M3, when the F80 model arrived exclusively as a four-door and the coupé version morphed into the M4. Both used the same 425bhp inline six, codenamed S55, which would see the M3 embrace turbocharging for the first time. An uprated M3 CS would arrive later with reduced weight, carbon fibre front spoiler and a power hike, but it would be the M4 that recieved the most extreme variant: the M4 GTS, a track-focused model with power pushed to 493bhp thanks to a water injection system - the first to be used in a production car for twenty years.

The success of the 1-Series M meant a smaller M division coupé was almost inevitable, but it wouldn't be until 2015, when the 2 Series had replaced the outgoing 1 Series coupé and convertible. The M2 became the new baby of the M line-up, and in many ways felt it, with a single-turbo six-cylinder engine and a chassis that couldn't quite keep up with the Porsche 718 Cayman as the very best in the class for handling. That would change with the M2 Competition, which was given a mechanical overhaul and a downtuned version of the M3's twin-turbocharged straight six. Supremely balanced and composed, it quickly became one of the best driver's cars BMW now makes.

A new F90 generation M5 would arrive in 2017, fitted with a heavily revised twin-turbo 4.4-litre V8 that would allow the super-saloon to reach 190mph on the autobahn and break 62mph in 3.4sec. Much of that raw acceleration was down to all-wheel drive, a first for the M5, though drive is only sent to the front wheels when the rears lose traction. A dedicated rear-wheel drive only mode meant it could still deliver the same sideways hooliganism of previous generations, too.

More SUVs would follow in 2019, with the X3 M and X4 M sharing the same twin-turbocharged 3.0-litre S58 powertrain. Power output for the Competition variants was hiked to 503bhp, though xDrive all-wheel drive and a high driving position would trim some of the dynamic playfulness we'd come to expect from cars carrying the M badge. Raw performance of each car wasn't up for debate, though, and would act as a tantalising teaser for the upcoming M3, which is set to use the same engine.

M Division's latest creation is the M8, arriving in coupé, convertible and Gran Coupé forms with the same 4.4-litre twin-turbo V8 as the M5, tuned to produce a meteoric 616bhp. More than a two-door M5, it was BMW's attempt to muscle in on Bentley, Aston Martin and Mercedes-AMG's dominance of the grand tourer space, though an overly familiar interior didn't perhaps do enough to separate it from the rest of the line-up.

As for the future? an M3 based on the G20 3 series is right around the corner, with a radically redesigned M4 set to follow shortly after. A compact M1 hot hatch is on the cards, with four-wheel drive and enough power to compete with the 400bhp+ Mercedes-AMG A45S and upcoming Audi RS3, and an M2 Gran Coupe based on the same platform is also planned. The M2 coupé will stay rear-wheel drive, and will see an even greater power hike.

Beyond that, it seems hybrid power is looking likely while the company turns its focus from combustion to electrification, though when the first hybrid to wear an M badge will arrive is still an unknown. 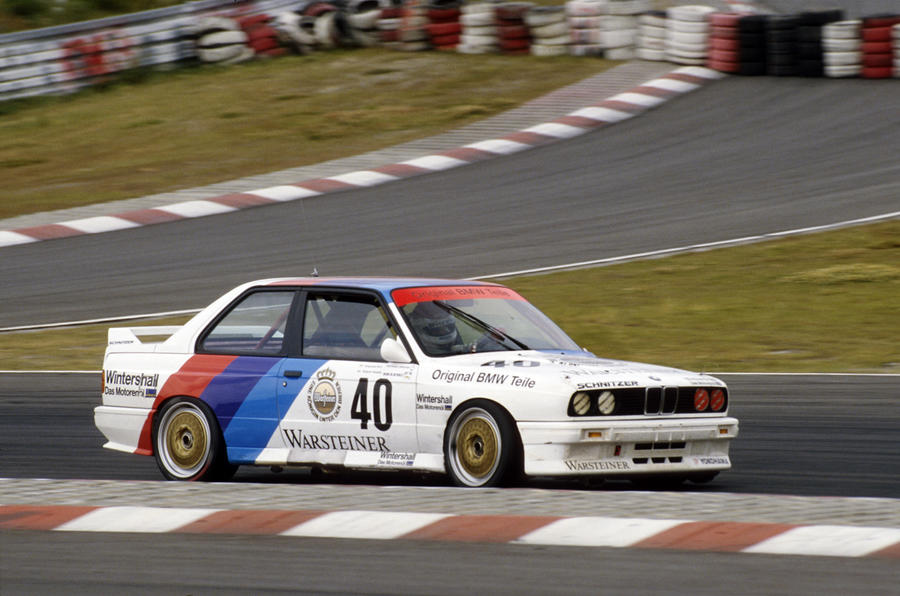 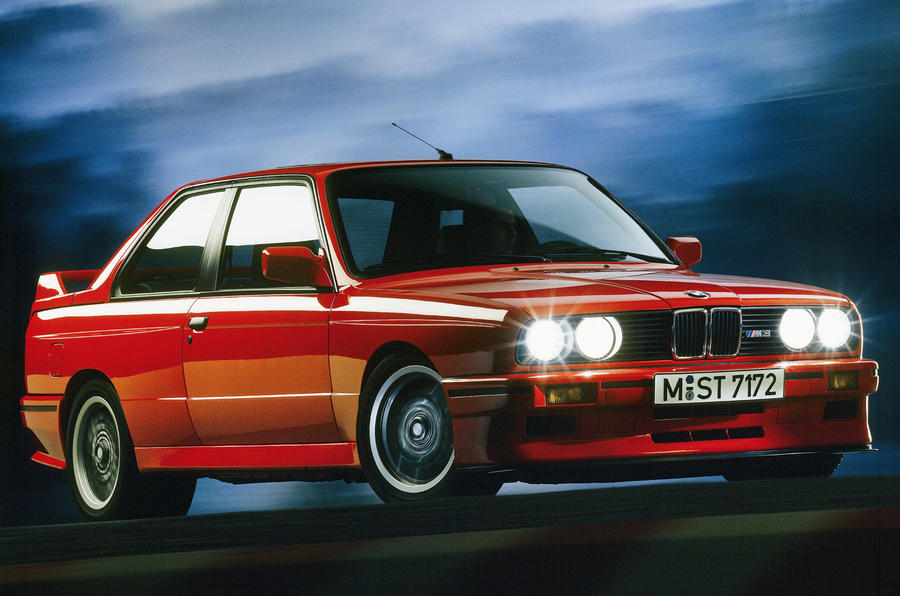 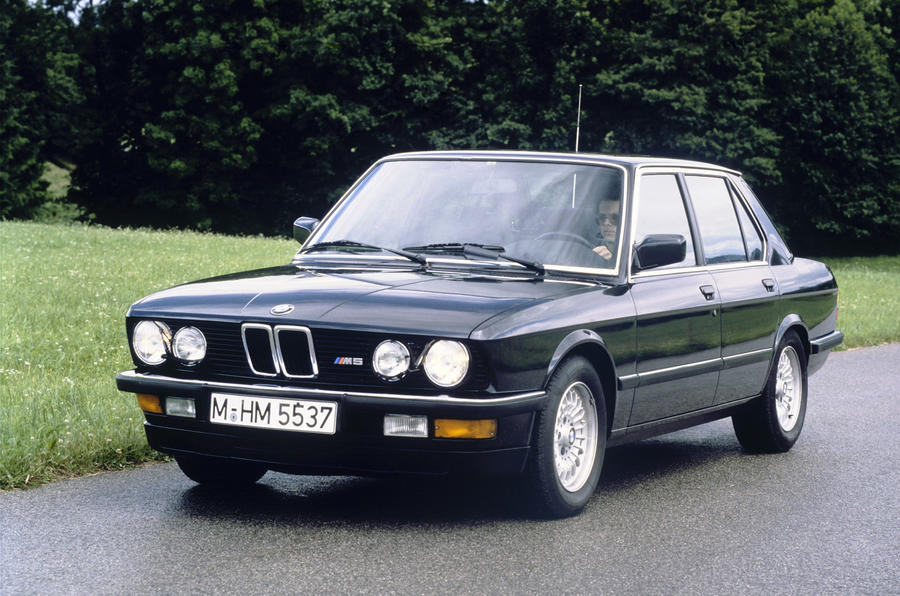 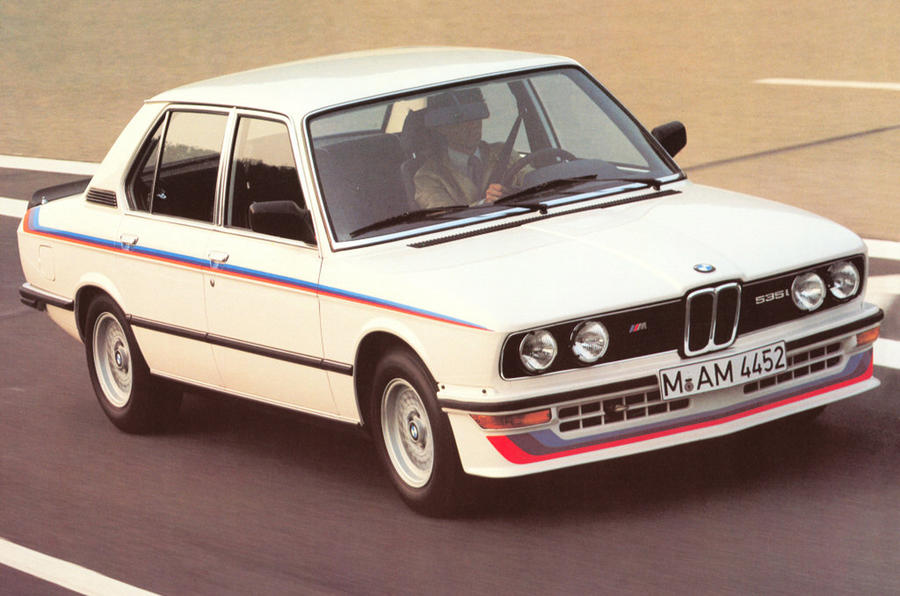 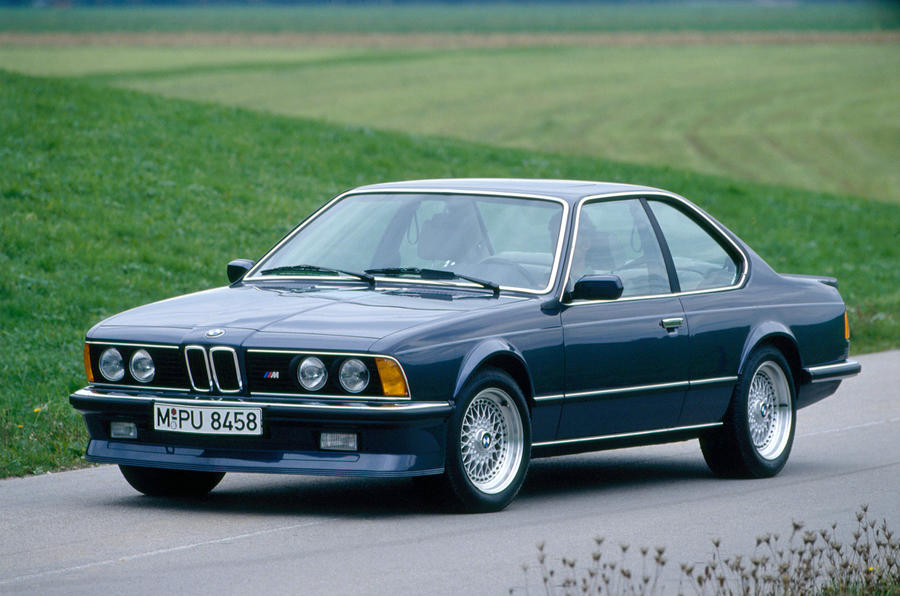