The James Bond movie franchise is as famous for its cars as it is for its cheesy one-liners and evil villains. The series has been running for over half a century and is cemented in the minds of millions as the ultimate tale of espionage and sexual innuendo. If you're reading this, however, you're in it for the cars. All types of vehicles have made it into James Bond's adventures, including the Land Rover Range Rover, and all flavors of Aston Martin, including the Vantage and DB11. One of the film franchise's lesser-known stars has now come up for sale. This 1969 Mercury Cougar XR-7 convertible is one cool-looking creation and is expected to reach $200,000 when it crosses the auction block on December 16, 2020.

The car was used on set for the 1969 movie On Her Majesty's Secret Service starring Australian actor George Lazenby as Mr. Bond. The car was built in the US, shipped to the UK, and registered on February 13, 1969. According to a report by Marti Auto Works Elite, the car is one of only three that were finished in Candy Apple Red with a black roof. All three cars featured in the film and made appearances in the opening scene, as well as some action-packed chase scenes. One car was scrapped during filming, and the other now lives in Spain. The car on sale here has had seven owners and has recently undergone a full nut and bolt restoration including a full engine rebuild and chassis refresh.

The spec sheet on this car is a long one, but the highlights include a 428-4V Cobra Jet Ram Air V8 engine which sends its power to the rear via a C-6 Selectshift automatic transmission. The car rides on black steel wheels wrapped in F70X 14 Belted Raised White Letter tires. In the rear is a 3.50 conventional axle, and bringing the car to a halt is the work of front power disks. The interior features dark red leather bucket seats and an AM radio. One of the main features has to be the chrome ski rack for actress Tracy's Kneissl skis. It might not be an Aston Martin, but this Cougar has to be one of the most interesting Bond cars we've seen. 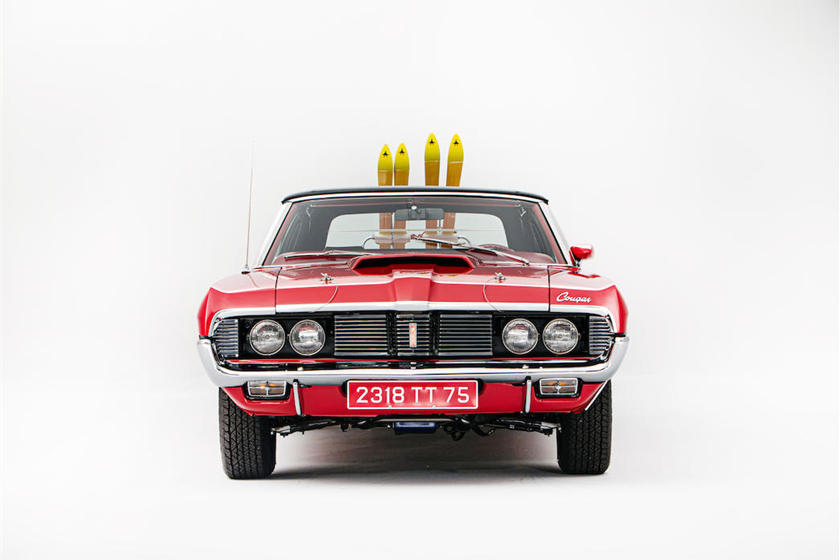 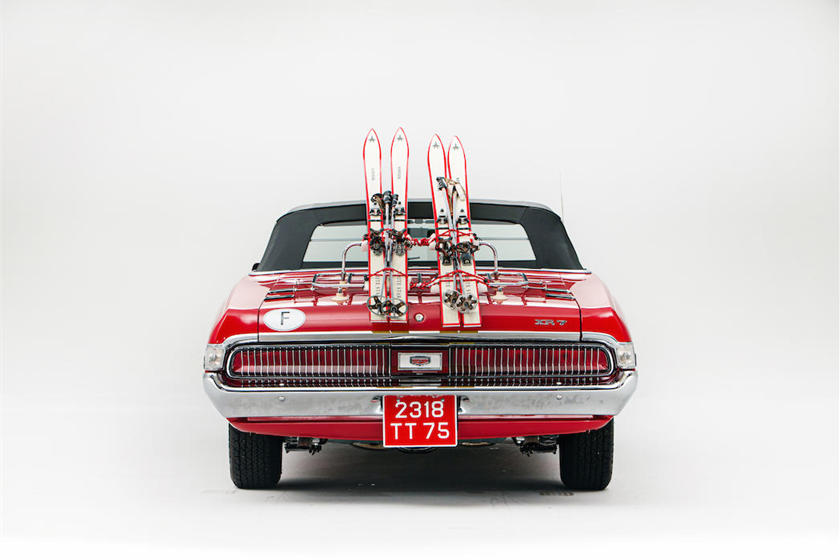 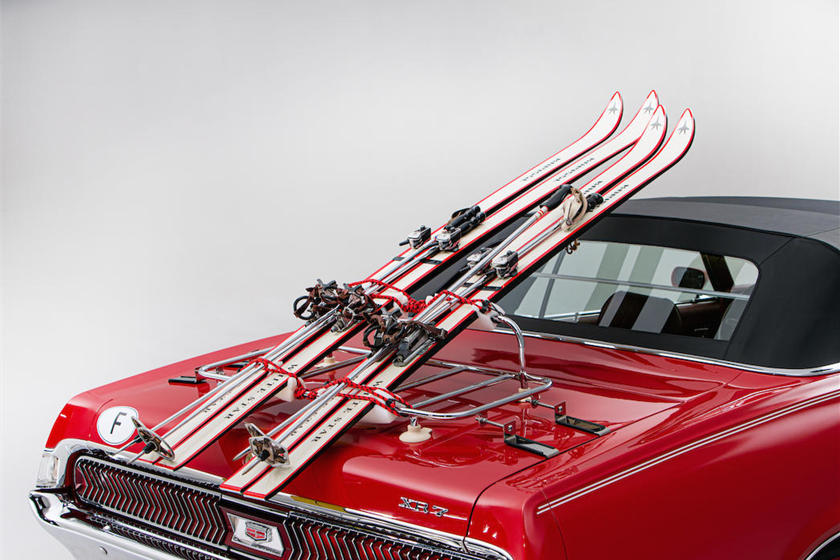