By 1908, the year when the Ford Model T came to be, there were already many cars roaming the roads of the world.

But it was this particular car that went on to prove pretty much everyone can afford and control such horseless carriages.

Ushered into the world by the father of the mass-produced automobile, Henry Ford, it was kept in production for a great number of years. Named in 1999 the most influential car of the 20th century by the Global Automotive Elections Foundation, the Model T expanded by the time production ended in 1927 to include pretty much all body styles known to man at that time.

The one we have here is a racing-spec Speedster Model T, not exactly like it was when it rolled off production lines in 1925, but mildly tampered and restored in an exciting manner.

The car sports the original hood, with open sides to get a better glimpse at the 4-cylinder aluminum engine. Up front, on the massive grille, squinting your eyes will reveal a faded number 2, put there to attest to the car's racing abilities.

And those abilities partially include a tune-up of the engine, courtesy of a Frontenac head made by the Chevrolet brothers, taking it 12 hp further than the 25 hp the carmaker originally intended it to have.

The car can hold two people, in bomber-style bucket seats, behind which is the open fuel tank and a toolbox for when the thing breaks down.

Controlling the thing might prove tricky, though, for modern-day drivers. Like all Model T's of its age, the car has three pedals, but they don't work like the three pedals of present, manual transmission cars. The one on the right is the brake, the one in the middle is the reverse, and the one on the left is used to shift gears. Acceleration is achieved by means of two levers.

This racing-spec Speedster Model T, with all its quirks, is for sale, and it goes for $19,900. 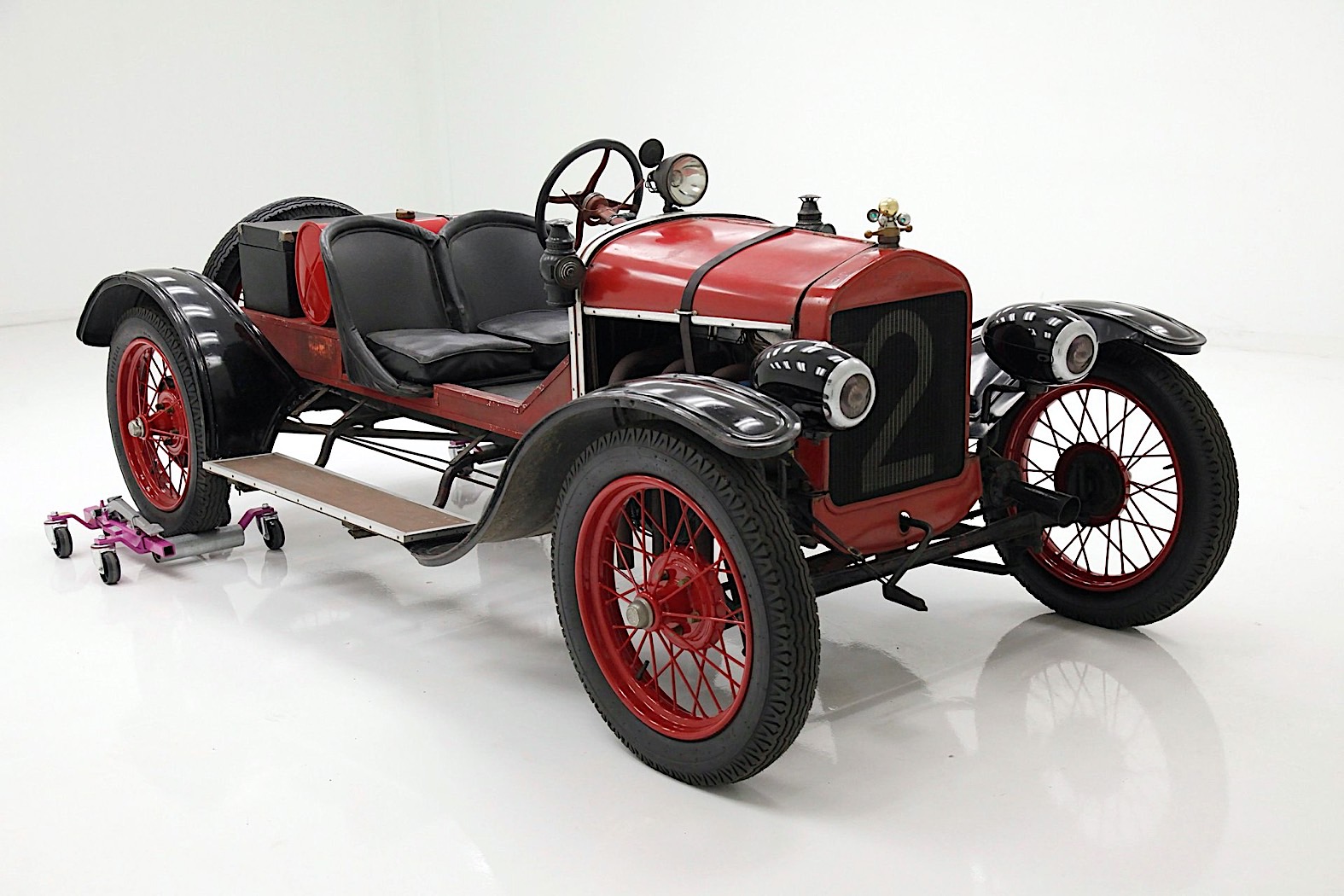 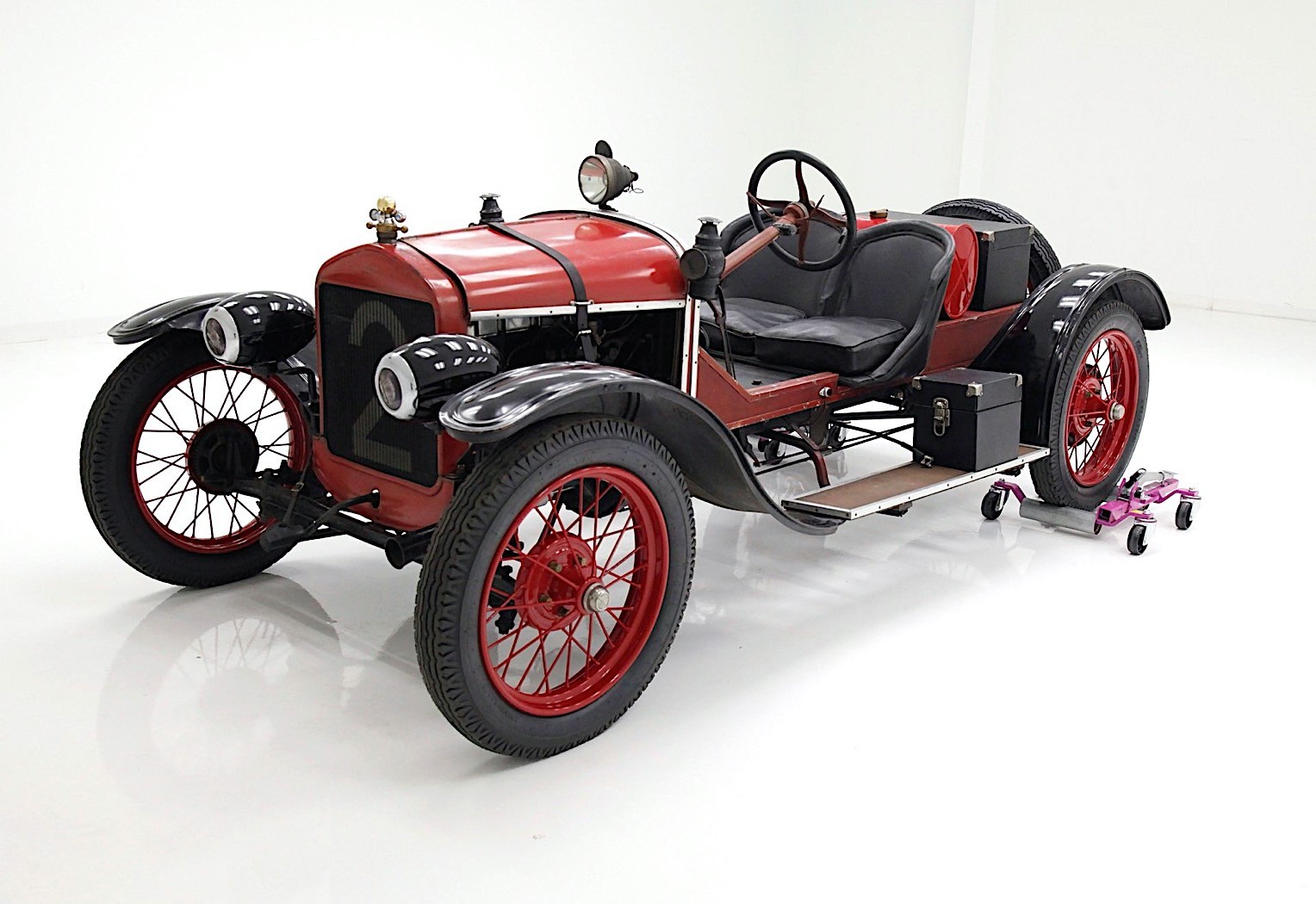 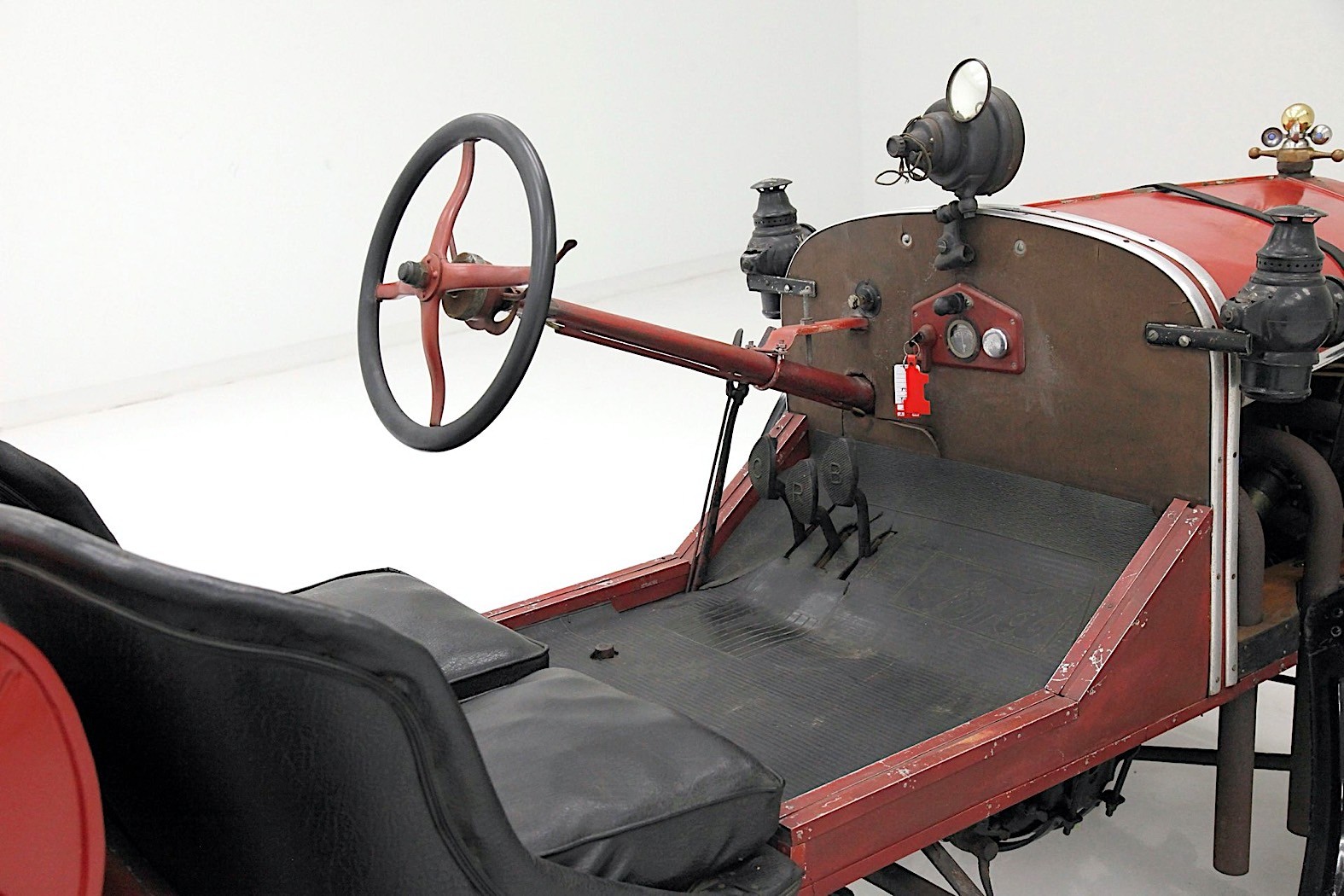