This 1958 Lancia Aurelia B24S Convertible Is One Sweet Automotive Masterpiece Named after Via Aurelia, the ancient road leading from Rome to Pisa, the Lancia Aurelia family of vehicles feature the first series-production V6 engine.

In absolute terms, Delahaye chief designer and engineer Amédée Varlet pioneered this layout in the Type 44 way back in 1911.

Lancia produced a little over 18,000 examples of the Aurelia from 1950 through 1958, of which the B24S convertible is extremely collectible. Only 521 units were produced in this configuration, and the S in B24S comes from sinistra, a word that indicates left-hand drive. Chassis B24S-1640 was completed in September 1958 for export to the U.S. market where it still dwells today, currently listed on Bring a Trailer in Costa Mesa, CA.

Sitting on a high bid of $115,000 at press time, this elegant machine shows 890 miles (1,432 kilometers) on the odometer, although true mileage is unknown. Based on the condition of the vehicle and the mechanical soundness of the powertrain, it most likely is a low-mileage collectible.

The Pininfarina-bodied cruiser was refinished in silver during an older refurbishment, according to the consigning dealership. More specifically, it wears Mercedes-Benz 774 Brilliant Silver that contrasts amazingly well with the black soft top. A body-finish hardtop is also presented, along with a small dimple on the hood scoop and some small chips on the front fascia.

Now riding on Michelin rubber boots produced in 2015, the Aurelia is rocking a 2,451-cc engine developed by engineer Francesco De Virgilio. He joined Lancia in February 1939 at the end of his military service, and his first important assignment was to solve Lancia’s V4 vibration problems.

Produced from 1950 through 1970, the Virgilio-developed V6 engine family came in displacements ranging from 1.8 to 2.8 liters. The powerplant in the B24S is an undersquare design with an aluminum block, hemispherical combustion chambers (Chrylser HEMI, anyone?), two carburetors, a cast-aluminum intake manifold, and a cast-aluminum air cleaner to boot.

The Weber 40 DCL5s were synchronized during current ownership, and the compression test performed in preparation for the sale show readings between 140 and 150 pounds per square inch. As mentioned above, this baby is mechanically sound. A four-speed manual transaxle sends the 60-degree engine’s oomph to the rear wheels. The transaxle also integrates the inboard drums, a layout that makes any brake service a bit of a nuisance.

Accompanied by Lancia Classiche certification, this masterpiece of an automobile further comes with a full-size spare, a tool kit, a jack, and a spare distributor made by automotive components supplier Magneti Marelli. 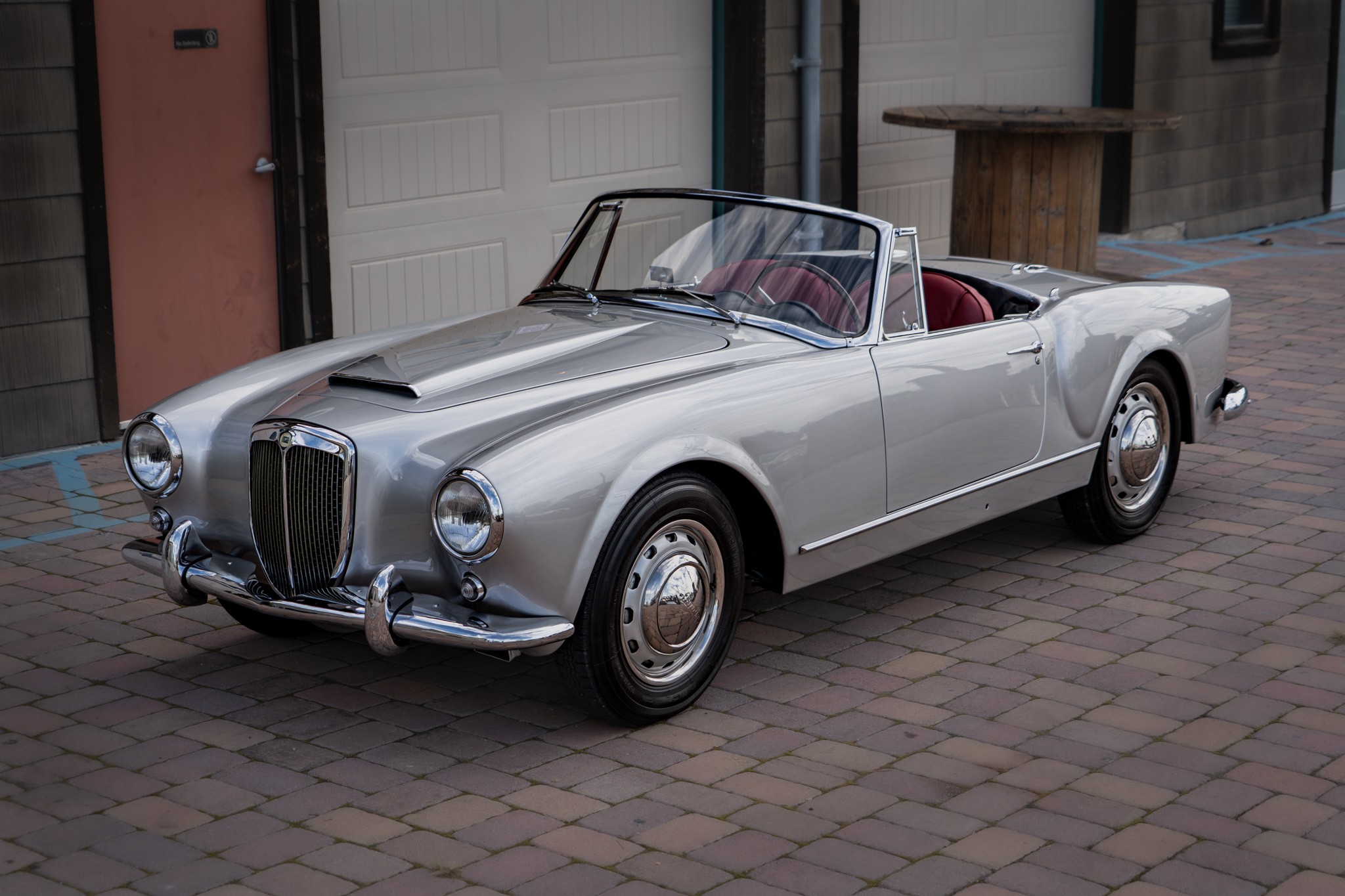 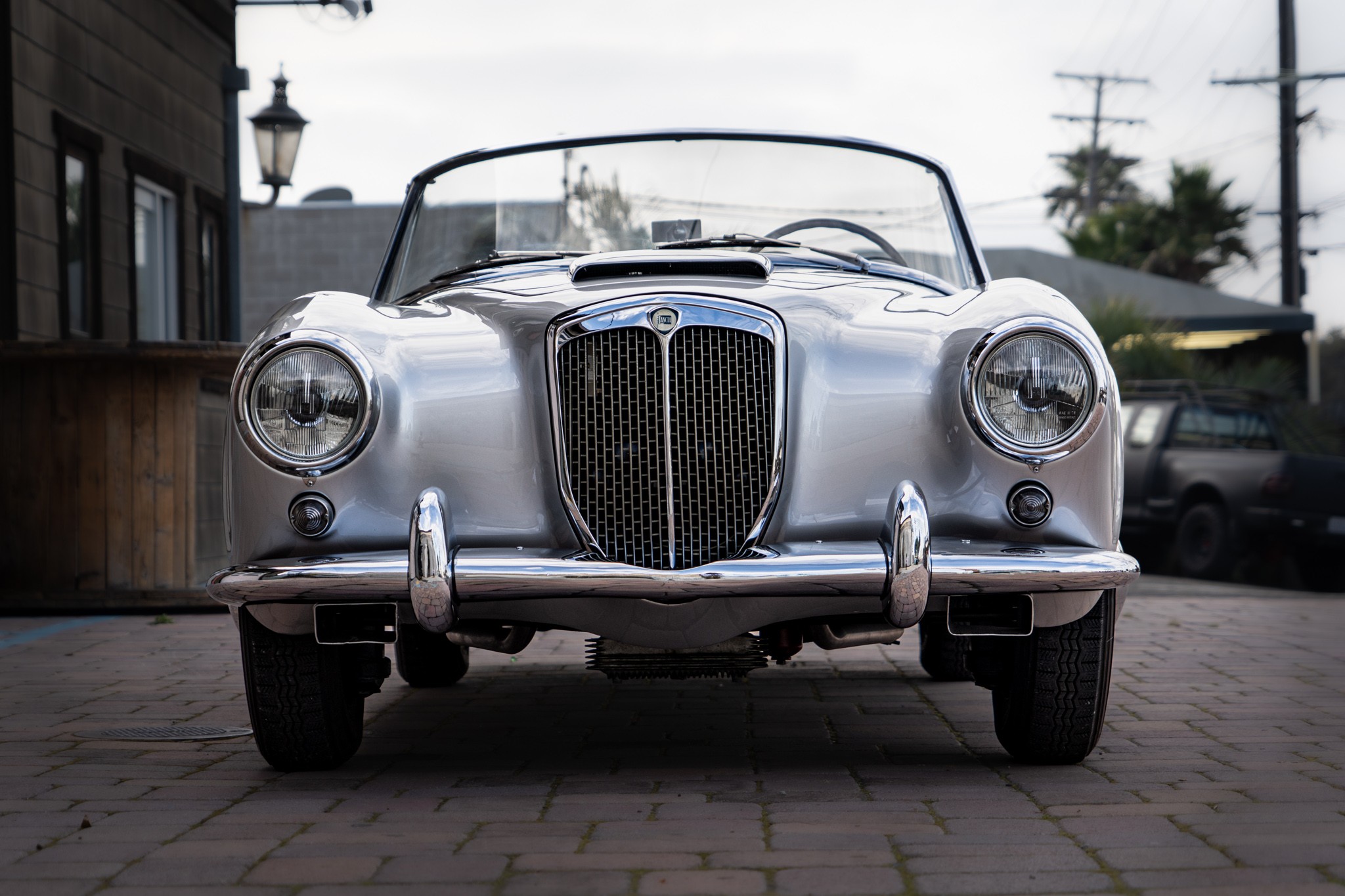 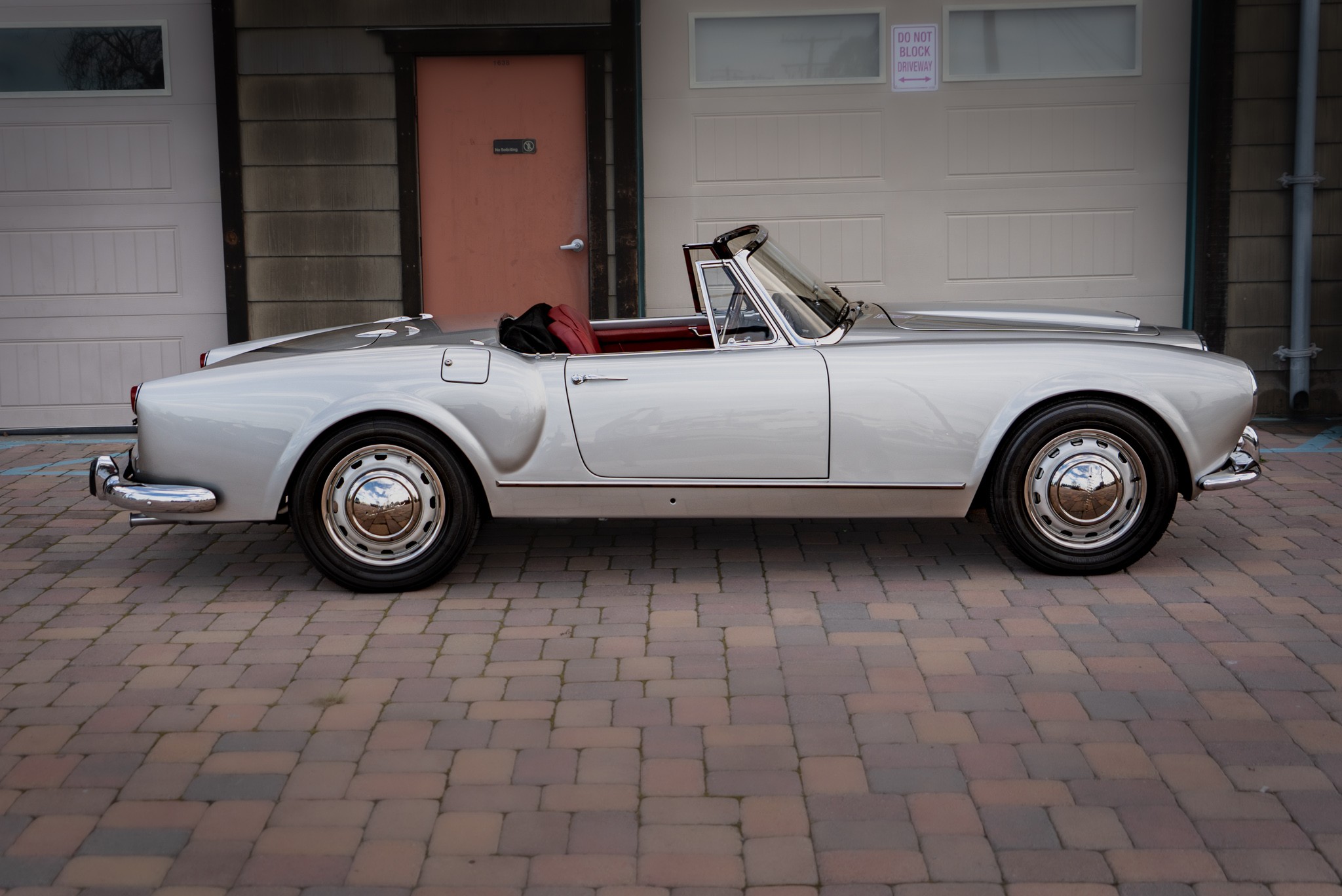 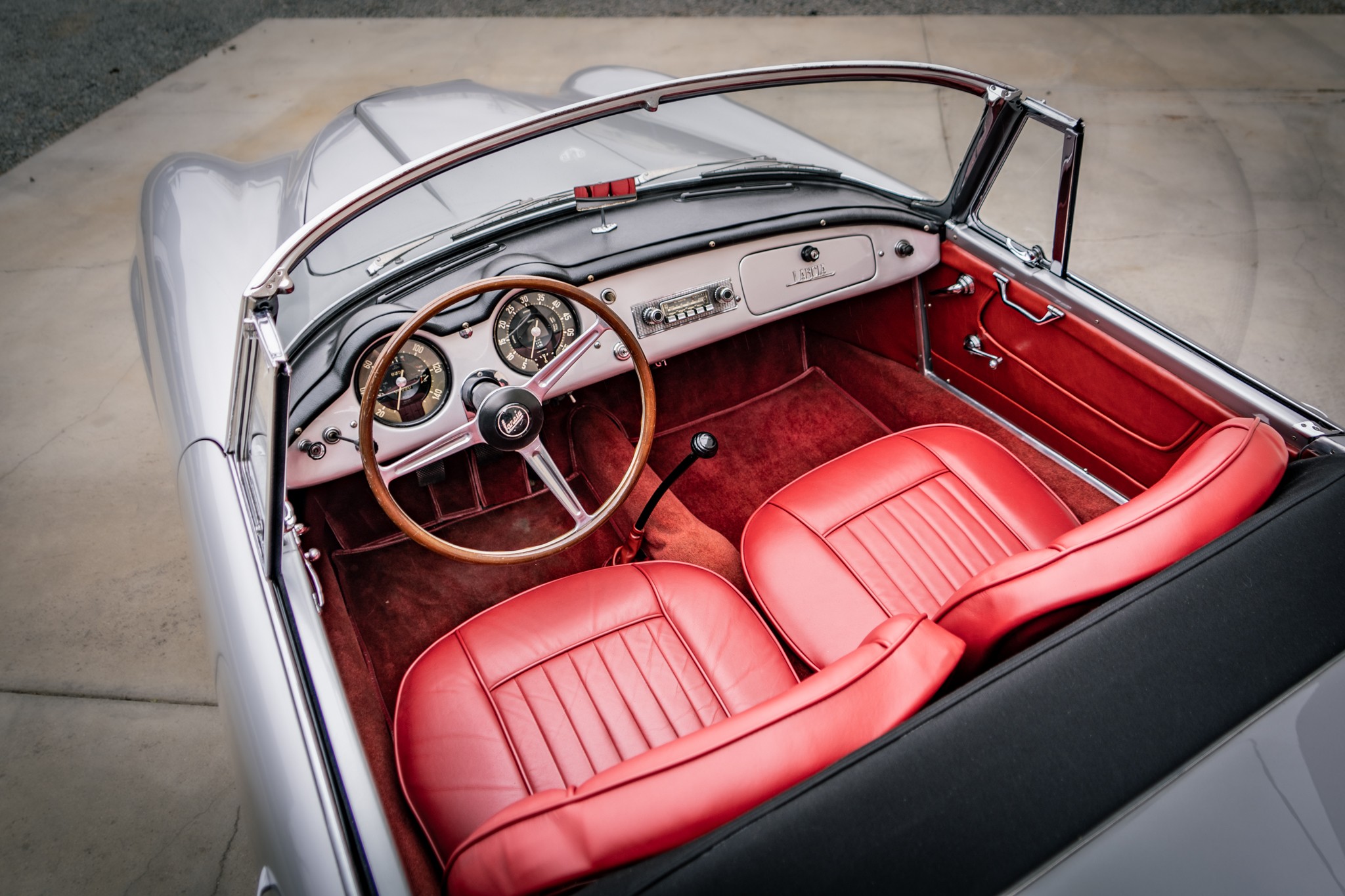