The C2 Corvette is the one that cast the die for upcoming ‘Vettes as far as styling is concerned.

The second generation also introduced the Sting Ray moniker, which is now used for the entry-level variant of the C8 with the LT2 small-block V8.

This fellow here, however, isn't your typical C2 Corvette. Not only does it have 53 miles (85 kilometers) on the odometer, but there are telltale signs the car is far from stock. Following a top-to-bottom restomod from The Roadster Shop of Mundelein, Illinois, the split-window coupe before your eyes won the 2017 SEMA Editors Choice Award thanks to the attention to detail that went into this one-off build.

Listed for sale by Park Place Ltd. at $599,950, the "63RS" as it's called by its creator hides a Wegner Motor Sports LS3 engine under the hood. Enlarged to 6.8 liters as opposed to 6.2 for the stock motor, the plant is joined by a supercharger that levels up the output ratings to 817 horsepower and 807 pound-feet of torque.

That's 828 PS and 1,094 Nm on pump gas, but the list of modifications doesn't end here. Pro-touring touches include the Forgeline wheels, 345/35 by 19-inch sticky rubber boots, the Outlaw shifter, MOMO steering wheel, the custom chassis and suspension, as well as crossed and drilled brake rotors. It's a serious machine in the twisties too, not only on the 1.4-mile run.

We're simply scratching at the surface, though...

The interior benefits from race harnesses and custom-built seats, lots of leather and suede, carbon-fiber accents throughout, Vintage Air climate control, JL Audio with Bluetooth connectivity, and handle-less doors. Even the taillights are LEDs, joined by CNC-cut rectangular exhaust tips integrated flawlessly into the rear bumper.

There's no other way of saying it, so here goes. This car is the bee's knees, a truly spectacular reinterpretation of an American classic.

Add to the specifications mentioned beforehand a kevlar mini-tub that houses the tires and wheels, and you can clearly tell how special this C2 Corvette is among pro-touring restomods. 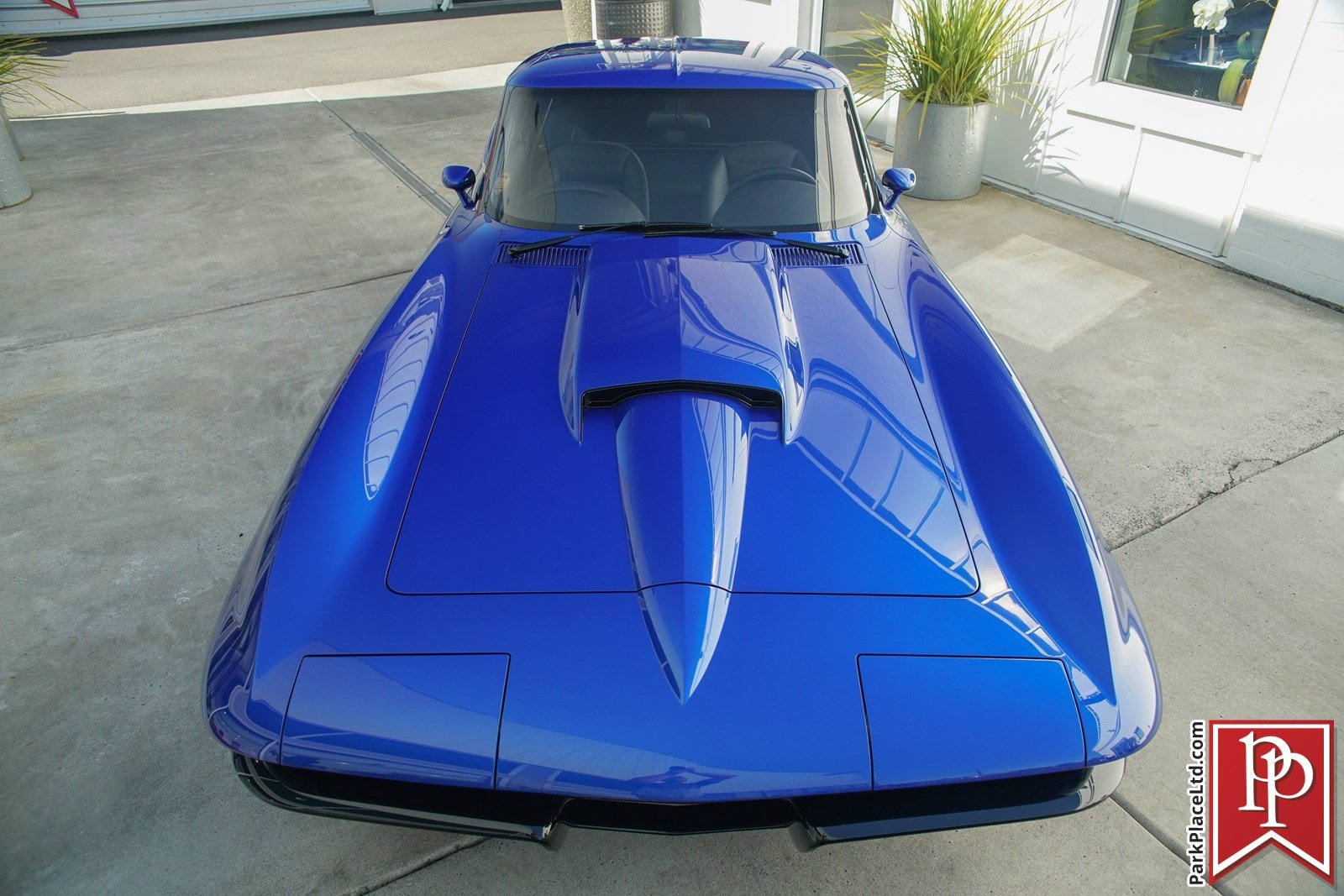 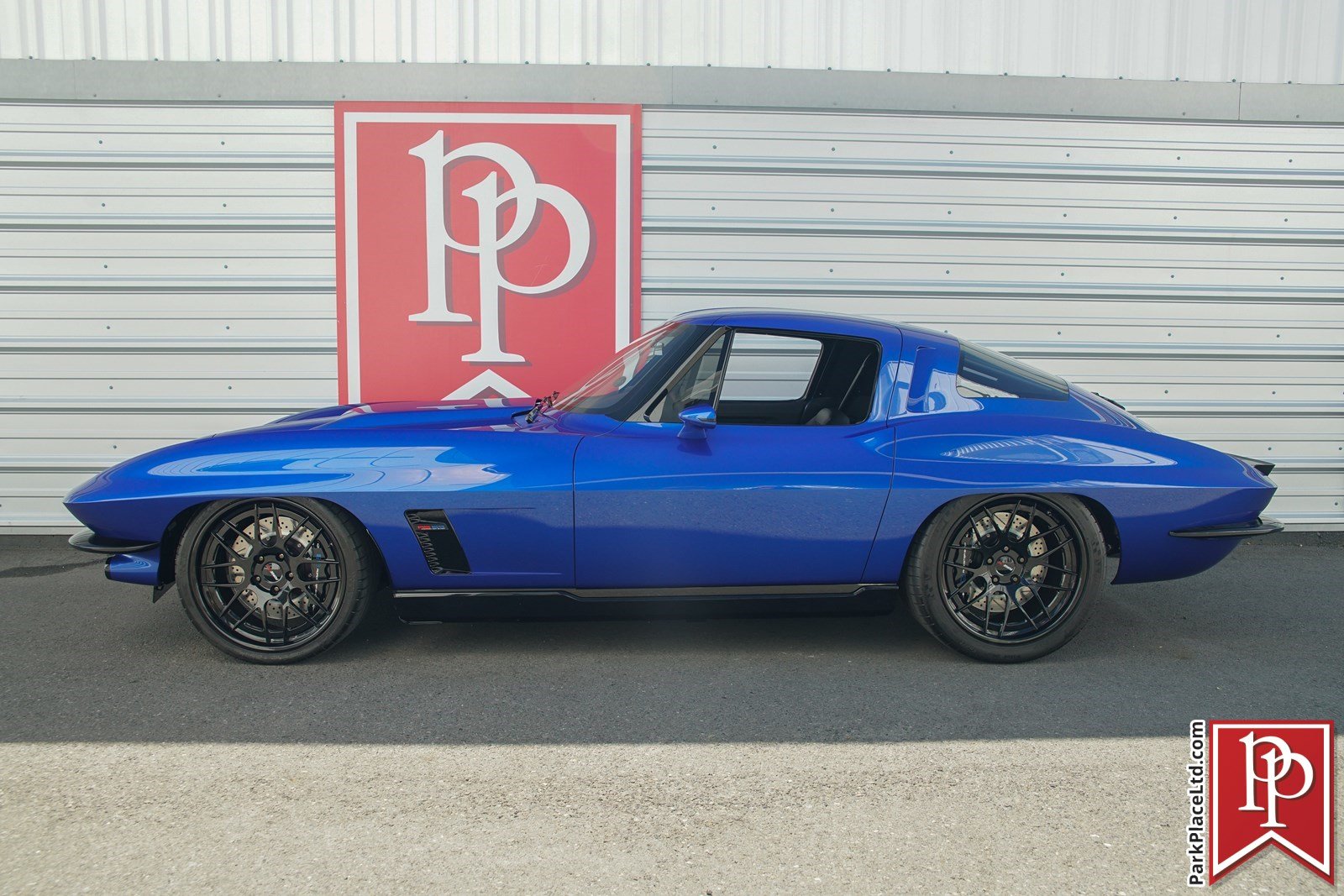 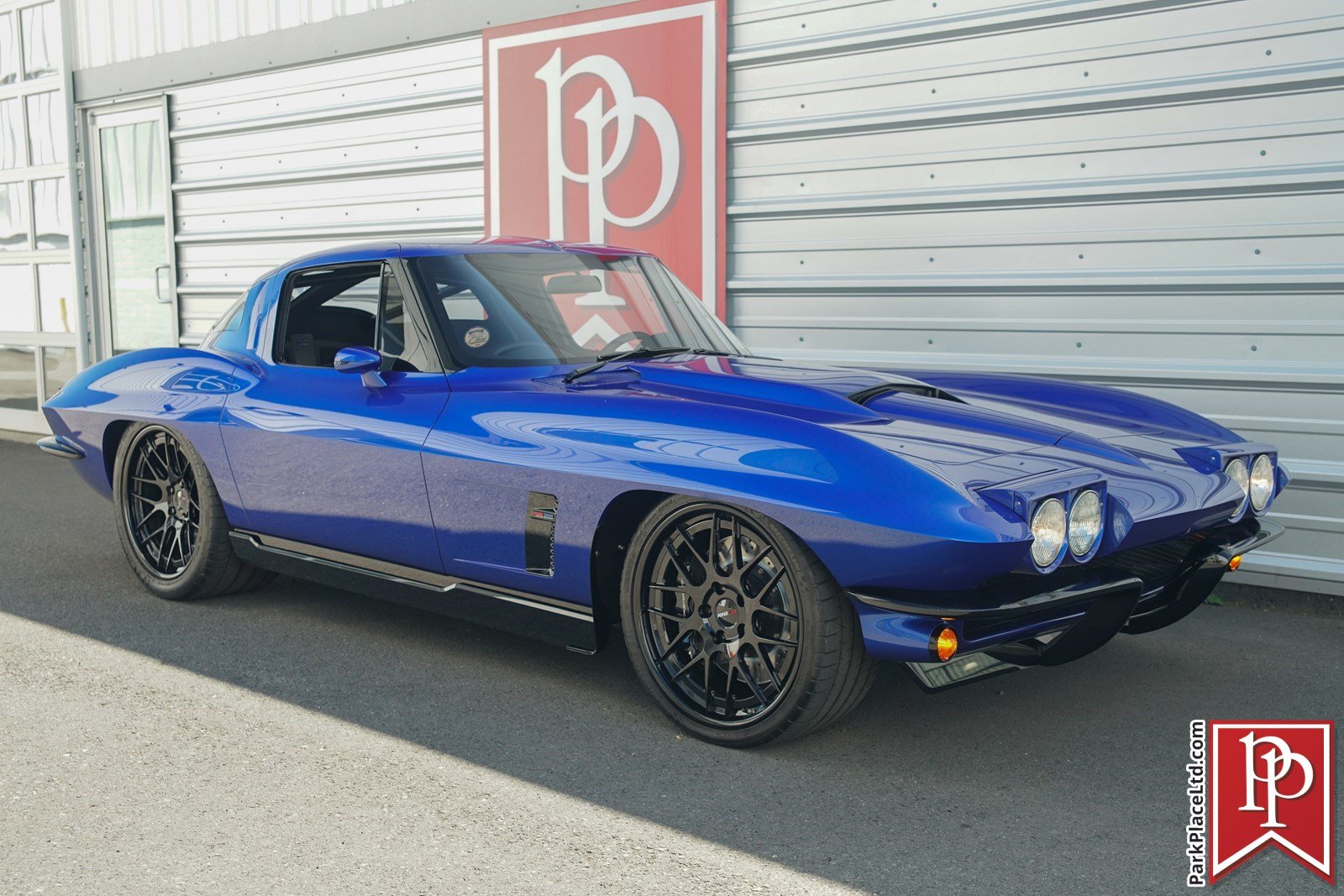 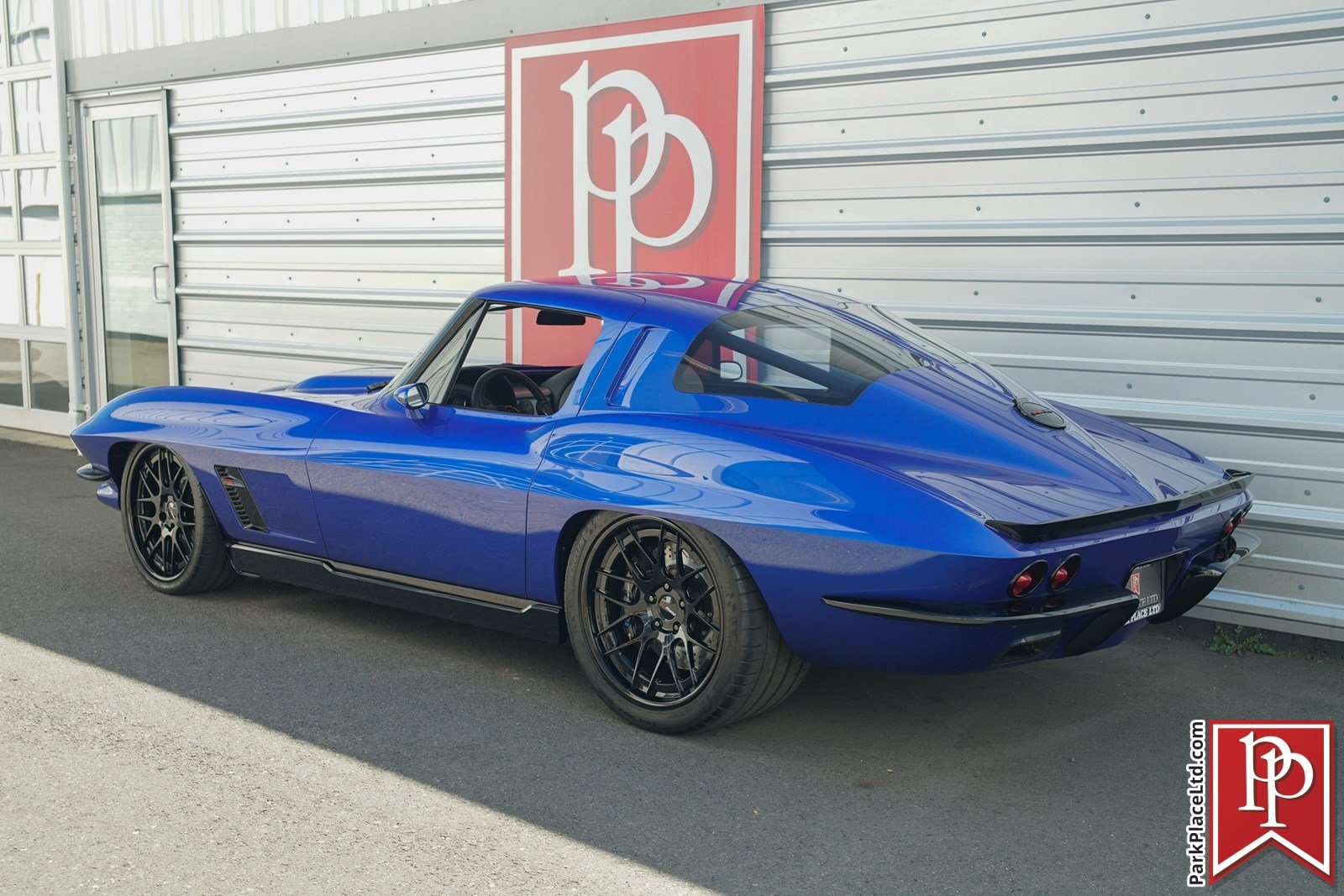 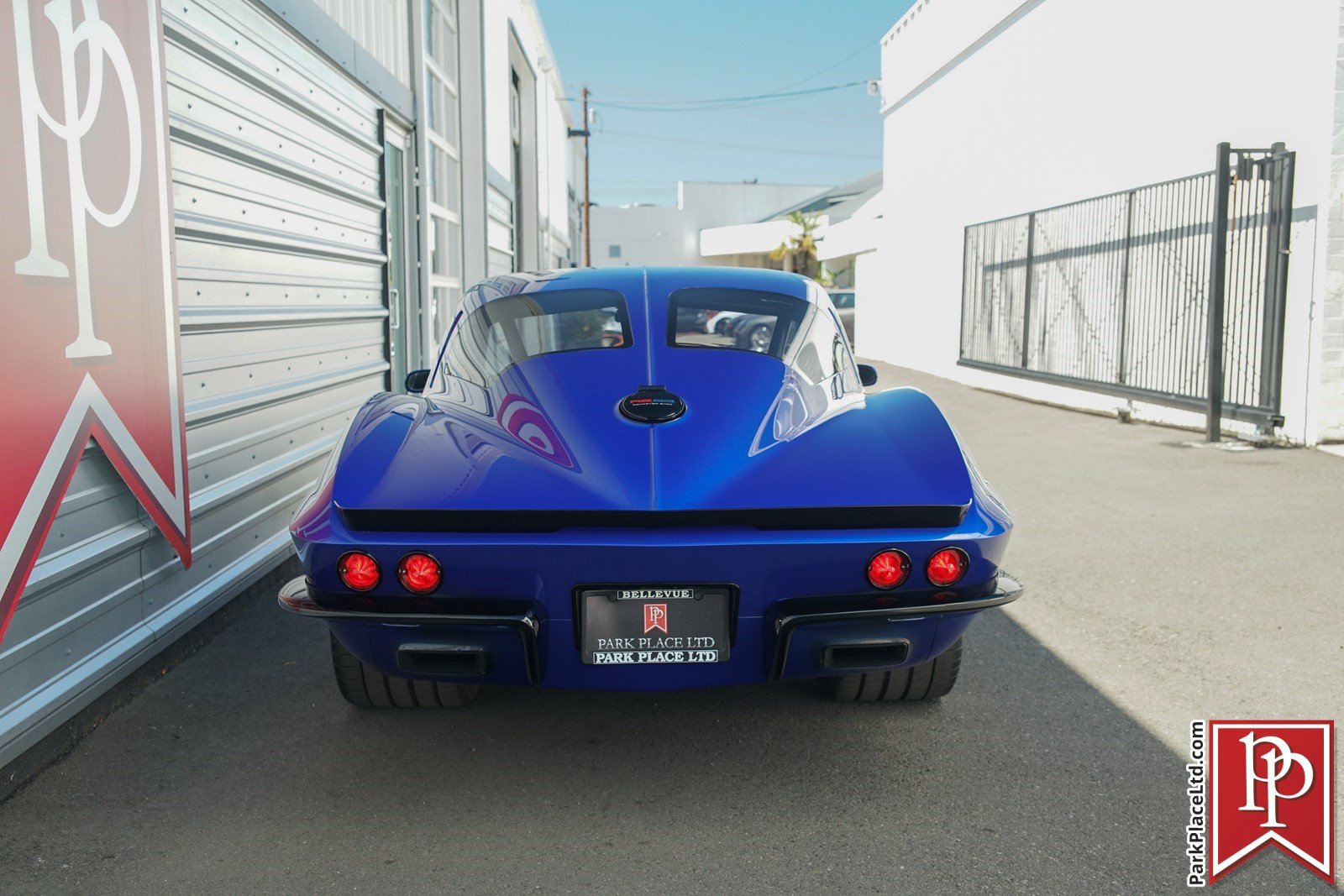 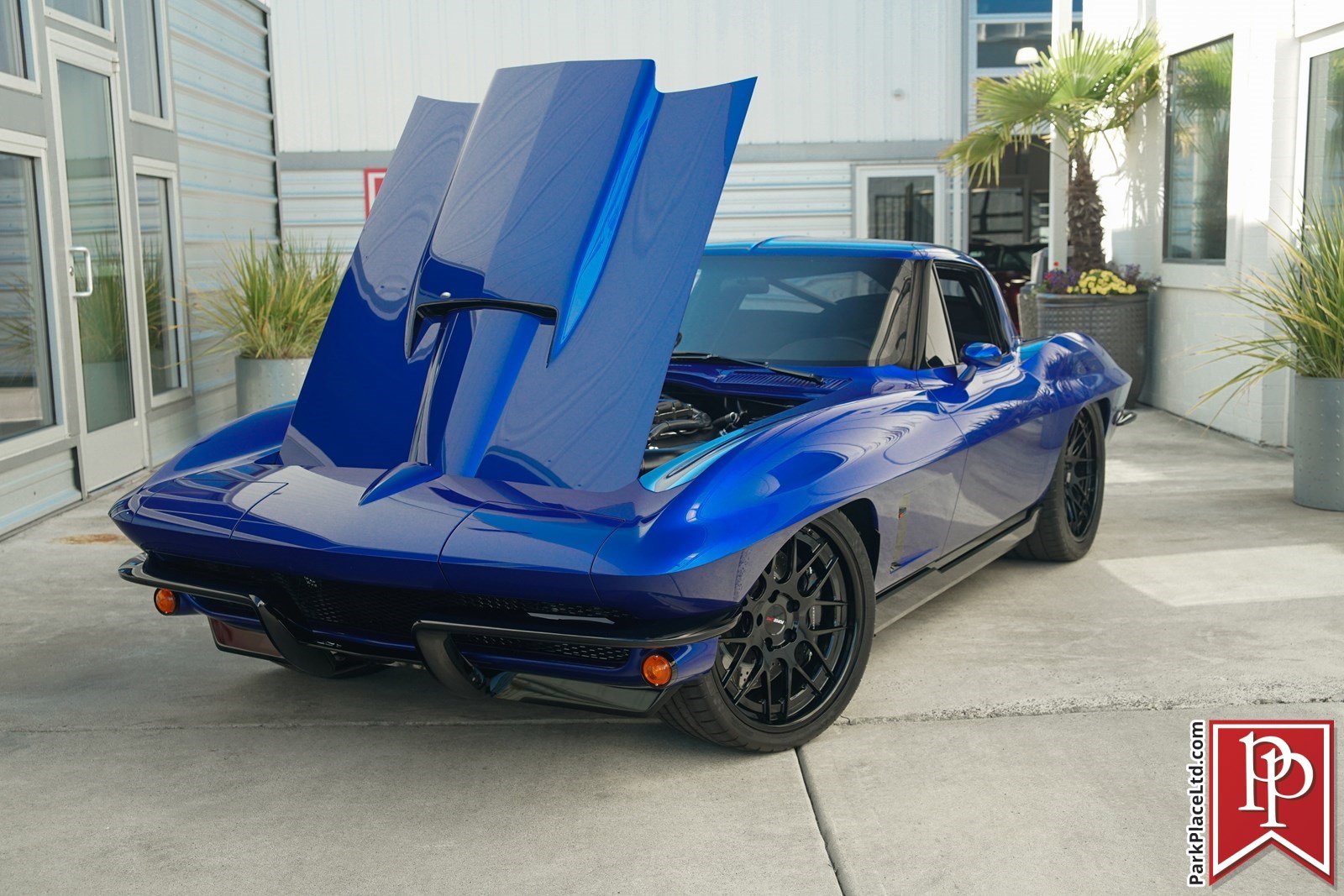 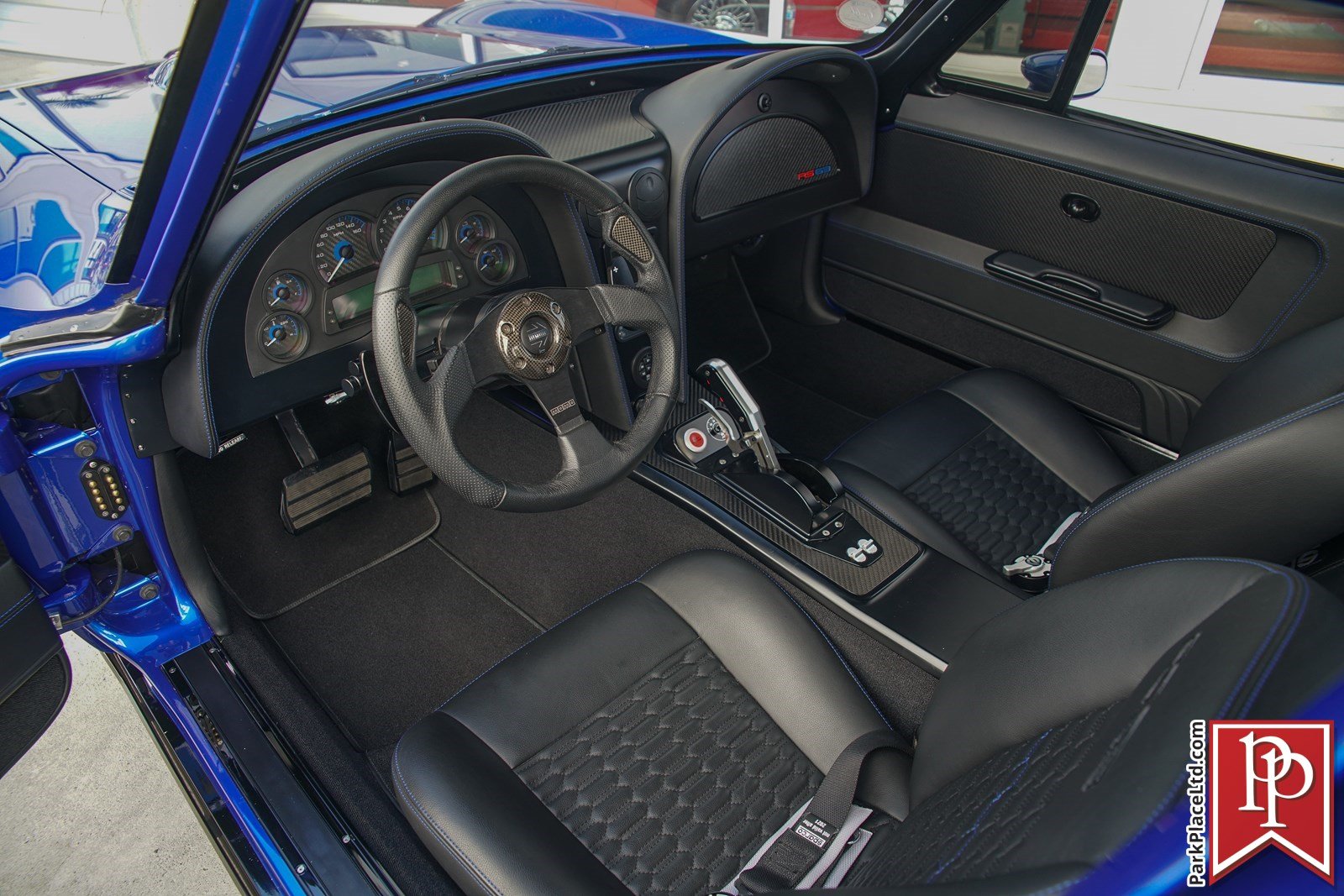