The Very First Ford Mustang Sale Was a Mistake, and This Guy Is Responsible Among the many iconic cars on display at the Henry Ford Museum in Dearborn, there’s a very special 1964 Mustang: a preproduction car that was never intended for the public, but became the first-ever Mustang to be sold.

As usual when a new model is on the verge of being launched, Ford shipped back in the mid-1960 several preproduction Mustangs to its dealers, to become show-and-tell cars for the new breed of vehicle that was about to be born. One of them ended up in St. Johns, Newfoundland, Canada, in the hands of a local salesman by the name of Harry Phillips.

These cars were not intended for sale, but that didn't stop Phillips.

Officially, Ford was scheduled to start the sale of the Mustang on April 17, 1964, but Phillips beat that deadline by three full days, making the first-ever sale of a Mustang on April 14. The buyer: an airline pilot by the name of Stanley Tucker.

The salesman tells CNN he remembers selling the car, a white convertible, for 4,300 Canadian dollars. As to not be left without any Mustangs on display, the dealership convinced the buyerto leave the car at the location for a few more weeks.

Being a preproduction car, it was not exactly in tip-top shape as it even had some missing – nonessential – parts, and Ford wanted it back.

The story goes the carmaker negotiated with the airline pilot for two years the return of the Mustang, and only convinced him after agreeing to give Tucker the one-millionth Mustang made.

At the end of this week, the man who made the first Mustang sale in history is traveling to Dearborn to once again stand in front of of the car that started a phenomenon.

Last year, the Blue Oval announced the production of the Mustang number 10 million, effectively making it one of the best selling sports cars in the world, and one of the longest-running. 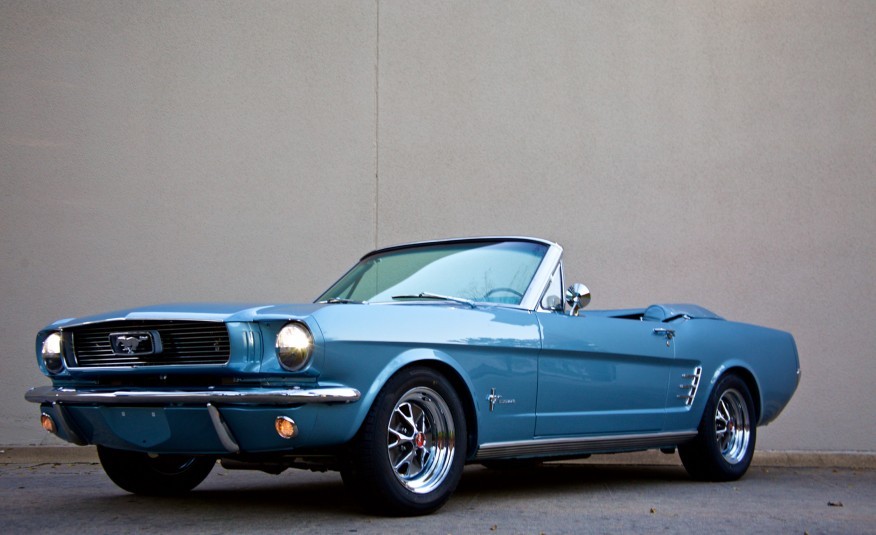