1975 Countach Periscopio Discovered in a Garage on an Island

Produced between 1974 and 1990 in 1983 examples, the Countach is one of Lamborghini's longest-lived models. Tasked with replacing the much-vaunted Miura, the Lamborghini Countach's first prototype, the LP500, was shown at the Geneva Motor Show in 1971.

However, it took almost three years before the final production version, the LP400, was unveiled at the Geneva Motor Show in 1974 when Lamborghini also booked its first 50 orders.

One of these, the ninth Countach ever made, was discovered in the garage of a doctor's estate on the island near La Rochelle city, where it had been living for 20 years.

The car is unique because it is one of the earliest examples made and because the roof had a small gap in the central area, allowing better visibility to the rear through the interior mirror. This solution was used on the first 157 Countach units to improve rearward visibility, which was very poor.

For this reason, the first examples were called Countach Periscopio, although the roof channel is not exactly such a viewing device. After the 157 examples were built this way, Lamborghini decided to make a conventional roof.

Unlike the Miura, where the V12 engine was located transversely in a central position, the Countach also featured a mid-mounted powerplant located centrally but installed longitudinally. Thus, this car ended up being the first V12 street model to use this layout, which became commonplace in the following years. In addition, the longitudinal engine mounting improved weight distribution because the 5-speed gearbox was placed in the middle of the car between the two seats.

The car was designed by Marcello Gandini of the Bertone design studio. After the success of the Miura, Gandini wanted the Countach's design to be more than an evolution of the Miura. That's why he experimented with a new design language, with angular lines and geometric shapes.

The original chassis was made of steel sheet and square-section steel tubing. It was stiffer but also heavier than the Miura chassis. But after the first tests, the chief engineer Paolo Stanzani decided to replace it with a full space frame made of welded round steel tubes.

The Lamborghini Countach was the first to feature the scissor doors that would later be used on many other Lamborghini models. These had horizontal hinges, while the closing/opening movement was assisted by gas springs that allowed the doors to close softly.

The model in the photos will be exhibited on February 3, 2023, at the Retromobile Show in Paris. This is the first Countach sold in France by the brand's importer Thepenier and has chassis number 1120018.

Initially, the car was painted in "Marrone" and had a "Senape" interior. The car retained the orange leather upholstery but was repainted around 1980 in metallic silver with a thin red trim line.

This very special Countach was sold twice in succession, and the third and last owner registered it on May 2, 1983, in Département 17, Charente-Maritime. A doctor by profession, he used it as his daily car to travel to his patients. Later, he drove the car less and less and eventually left it in the garage.

The last tax sticker dates from 1996 and can still be seen on the windscreen. In the early 2000s, the doctor stored it in the garage on his property located on the island near La Rochelle.

Although it has been there for over 20 years, the car is in fair condition. The photos show that the upholstery is in good condition, not worn, but there is some rust on the bodywork. However, we believe that some reconditioning of the bodywork and a general overhaul of the engine are necessary, especially as the car has been in the garage for a long time and has a high mileage of 87,558 km (54,406 miles). 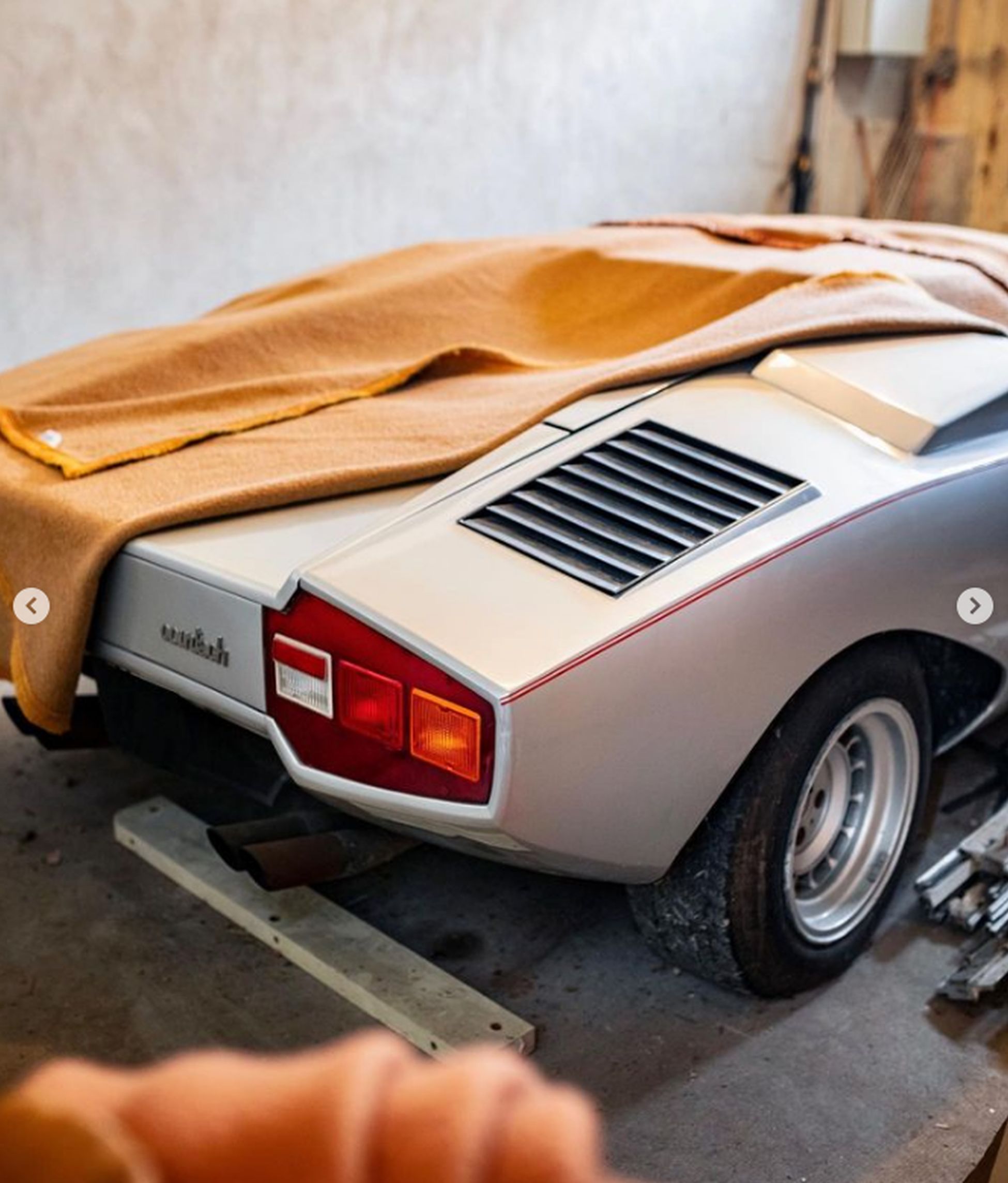 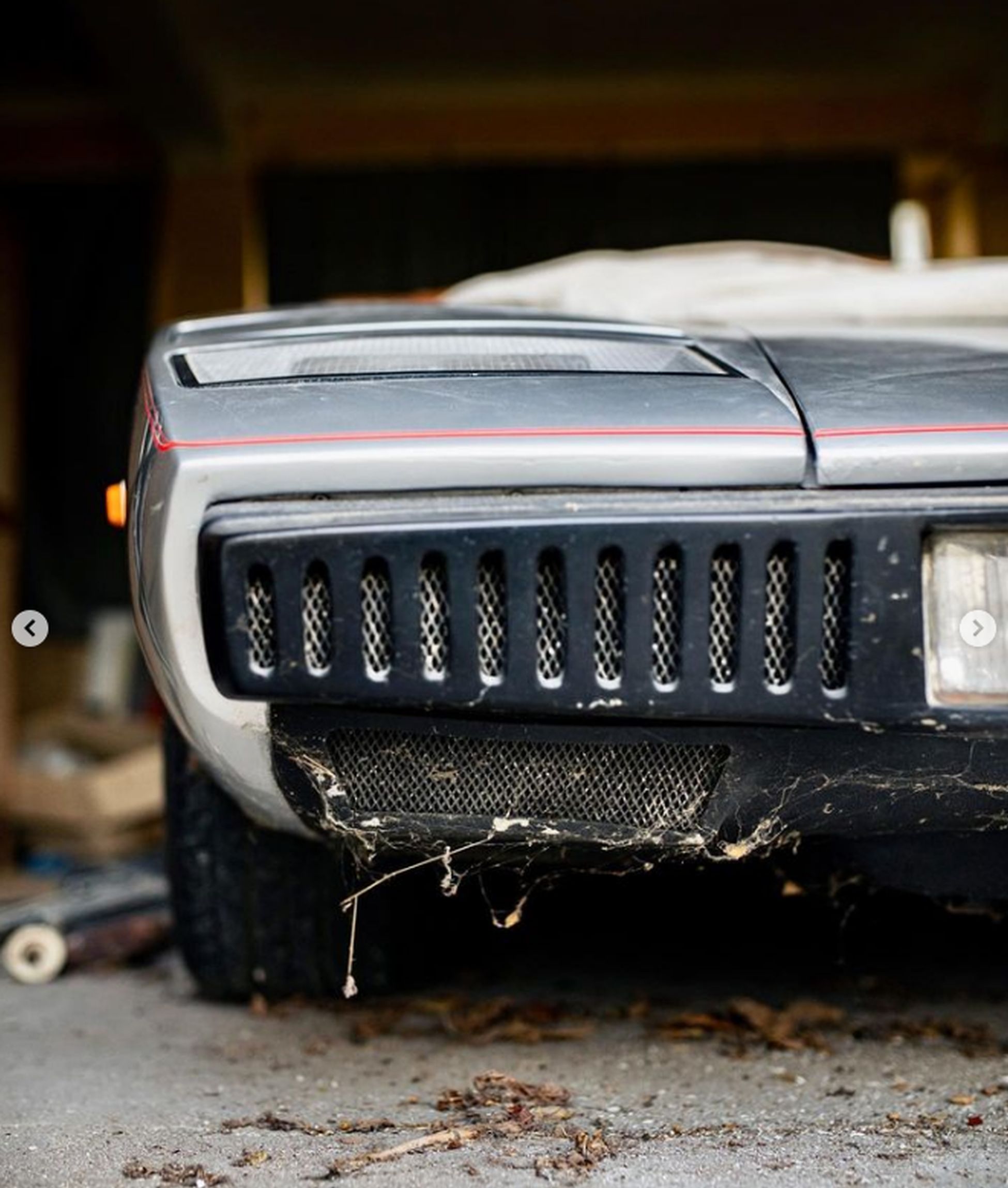 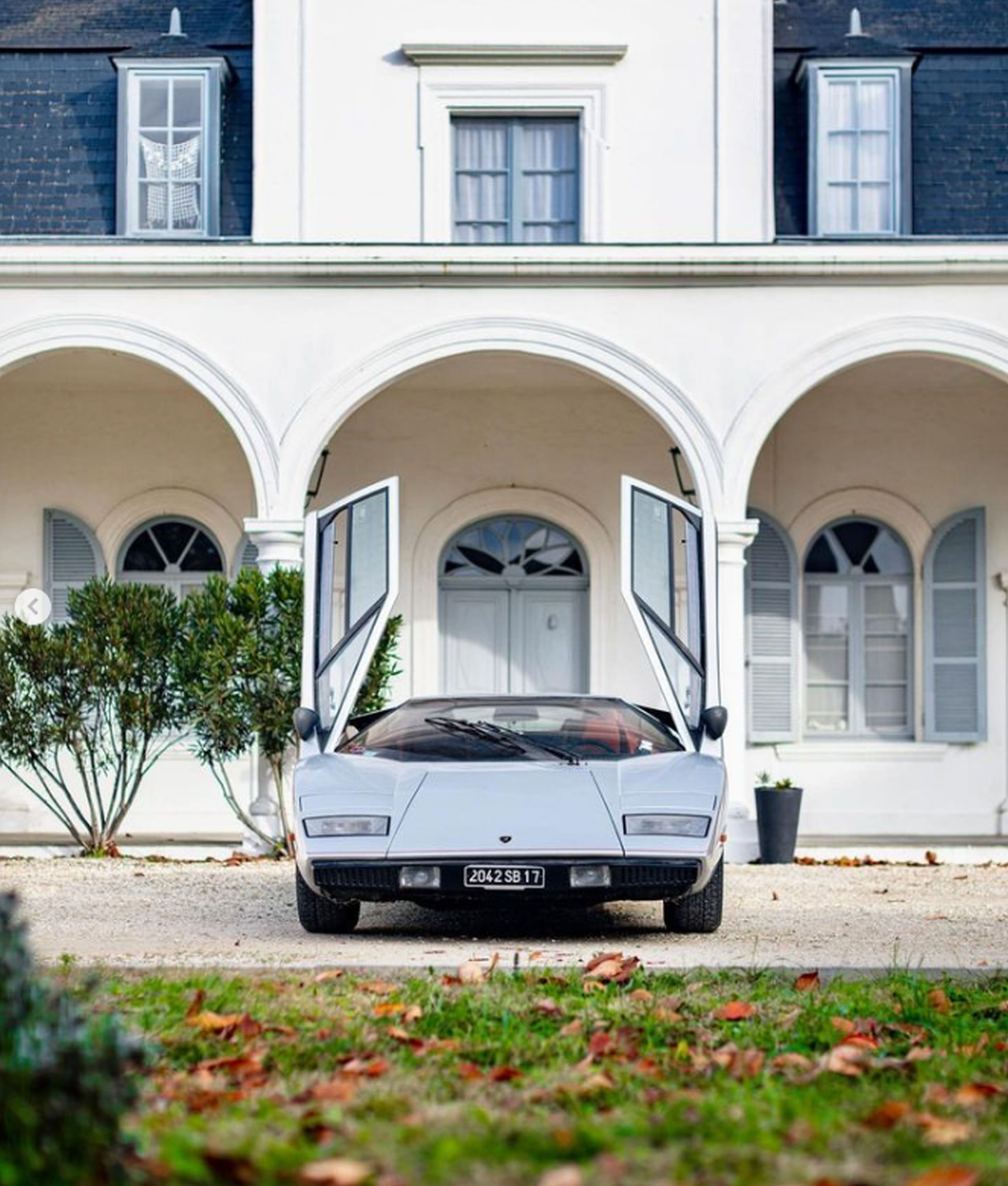 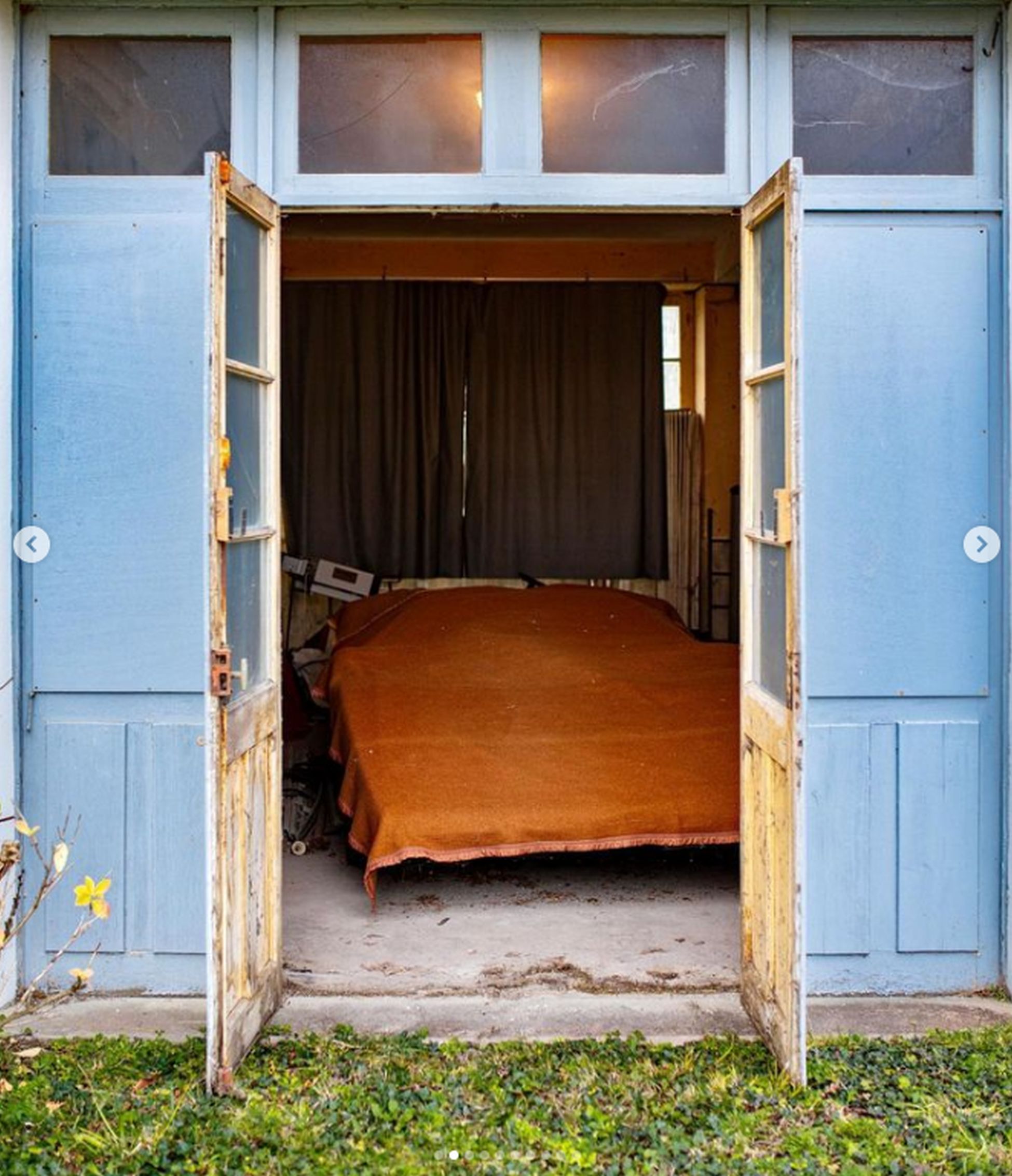