English motorcycles from the seventies may be fairly rudimentary on a technical level, but they certainly look the part. When you think about the most iconic machines manufactured in Britain during this era, there are a couple of names that will always come to mind – Norton’s handsome Commando and the Triumph Bonneville.

However, the bike we’re featuring today is just as charming as the legendary Bonnie, though it never enjoyed the same level of popularity. It is a numbers-matching 1972 model from Triumph’s Trident T150 lineup, featuring Bridgestone tires, modern plumbing, and a mere 9k miles (14,500 km) on the clock.

This stunning gem is said to have been restored by Fort Lauderdale’s Wes Scott Cycles back in June, receiving a premium air filter, youthful Amal carburetors, and new cables for the instrumentation. Additionally, the cylinder head bolts were torqued, all valves have been adjusted, and the engine oil was flushed to keep things nice and fresh.

As for its general specifications, the Trident T150 comes with an air-cooled 740cc inline-three power source, which is linked to a chain final drive via a four-speed constant-mesh gearbox. When the crankshaft spins at approximately 7,250 revs, the four-stroke mill can deliver up to 60 horses, while a peak torque output of 45 pound-feet (61 Nm) will be summoned lower down the rpm range.

Ultimately, the British classic is able to reach a top speed of 121 mph (194 kph). Its suspension consists of telescopic forks and Girling shocks, with braking being handled by a twin-leading-shoe drum module up front and a single-leading-shoe setup on the other end. Now, you’re about to find out why we’ve taken the time to discuss the Trident’s characteristics.

The ‘72 MY T150 pictured above is looking for a new place to call home at this very moment, and you’ve got another six days to place your bids on Bring A Trailer! Currently, you’d need to spend around five grand to best the top bidder, and you may do so at no reserve until Wednesday, December 1. 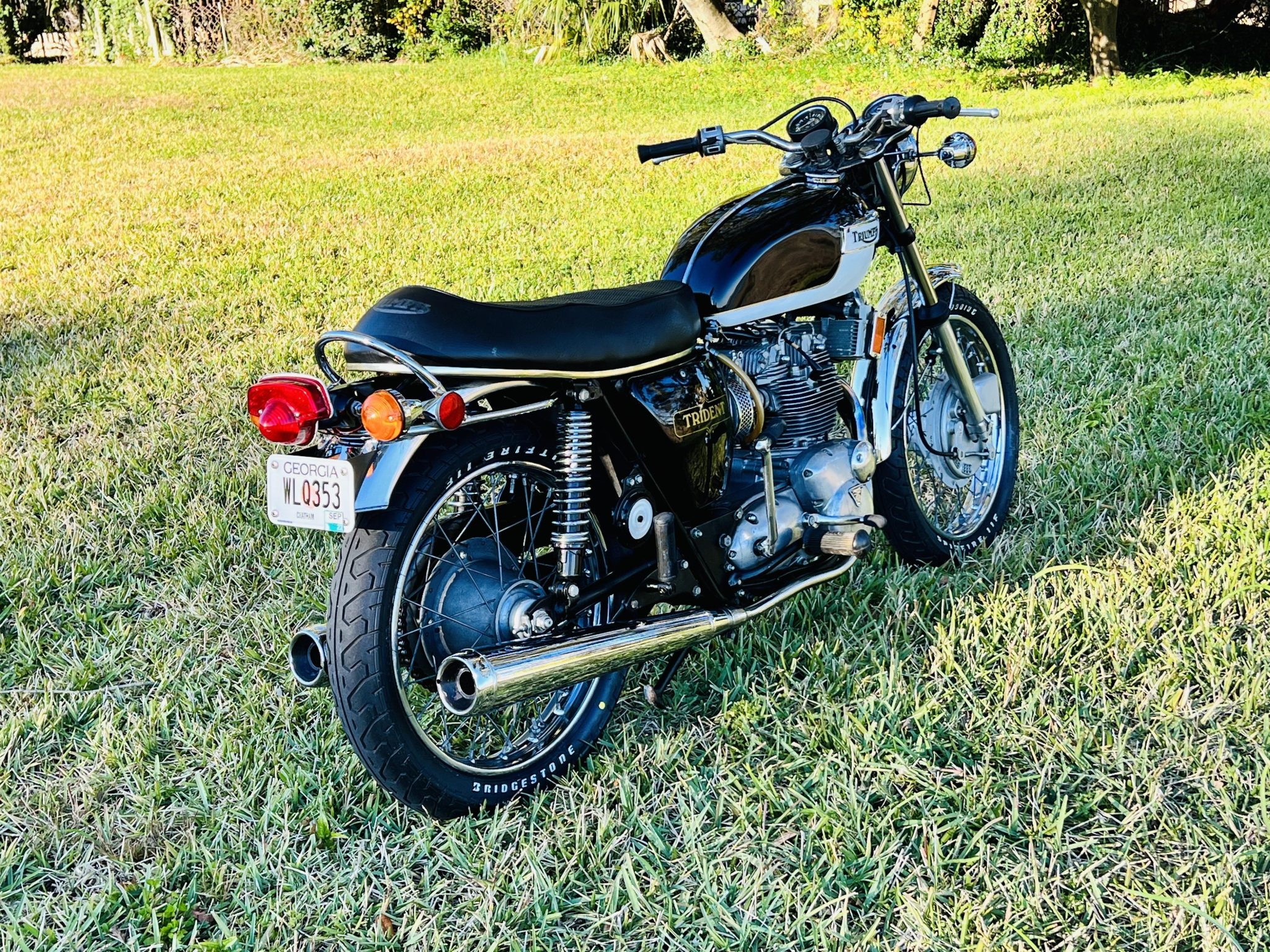