The majestic BMW R90S featured in these photos is what we like to call a classic treasure, and it belongs to the 1976 model-year. Judging by the way this thing looks, you might be tempted to say that it must've been ridden for less than 10k miles, but you’ll be in for a surprise upon glancing at its five-digit odometer.

Over the course of its lifetime, the bike saw approximately 37k miles (60,000 km) of tarmac, but it was taken care of like a precious gemstone this whole time. Under previous ownership, Motorrad’s icon received a seamless coat of youthful paintwork over its fuel tank, along with rebuilt carbs and modern shock absorbers from Boge.

What you’ll be finding inside the Beemer’s double cradle frame is an air-cooled 898cc boxer-twin mill, which is accompanied by a dry single-plate clutch and a five-speed gearbox. The four-stroke power source comes with 38 mm (1.5 inches) Dell’Orto inhalers, two pushrod-operated valves per cylinder, and a generous compression ratio of 9.5:1.

As soon as the tachometer hits 7,000 rpm, a peak horsepower figure of 67 ponies will be accomplished at the crankshaft. In the neighborhood 5,500 spins, the engine is good for up to 56 pound-feet (76 Nm) of torque, which gets sent to the rear wheel via an enclosed driveshaft. With these power output digits on tap, the R90S can run the quarter-mile in 13.3 seconds before topping out at 124 mph (200 kph).

Last but not least, BMW’s antique stunner has a fuel capacity of 6.3 gallons (24 liters) and a curb weight of 474 pounds (215 kg). This unsullied ‘76 MY R90S is getting ready to part ways with its current owner, and you may place your bids on Bring a Trailer until tomorrow evening (April 19), as that’s when the auction will end. For now, one would need around ten grand in order to surpass the top bidder, who is offering 9,600 bones. 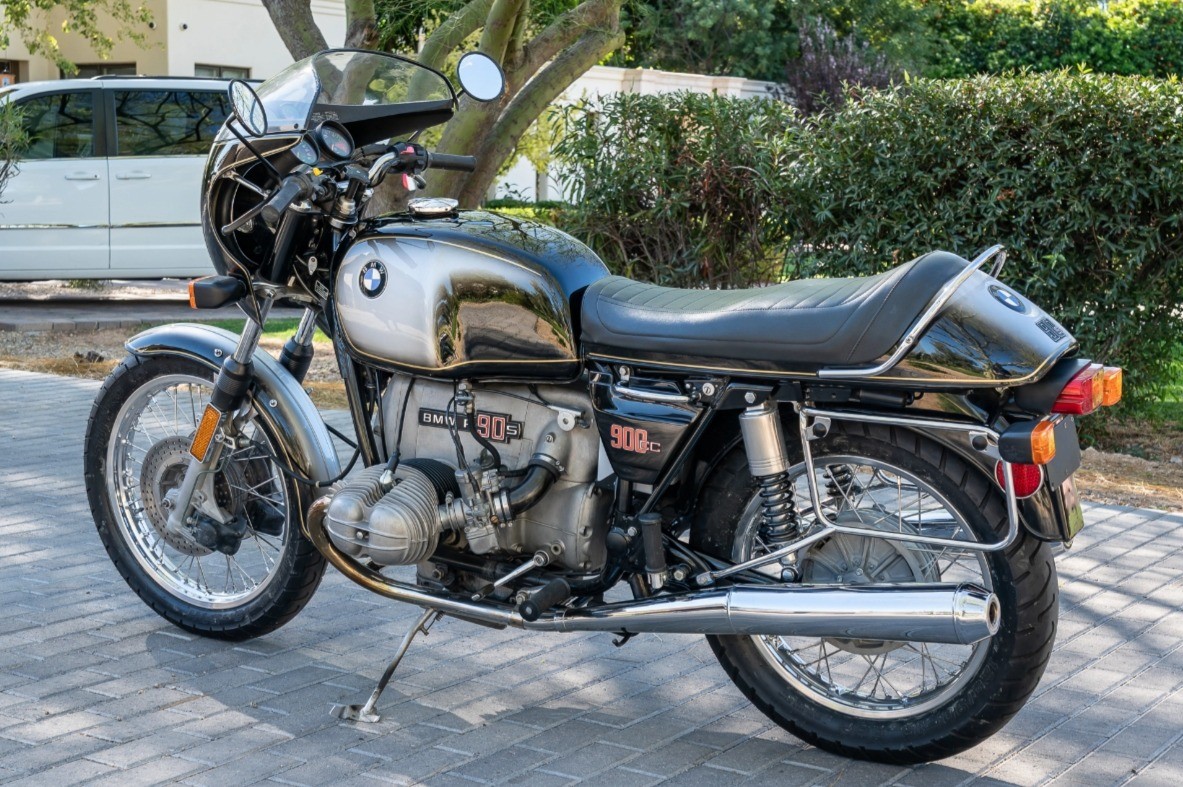 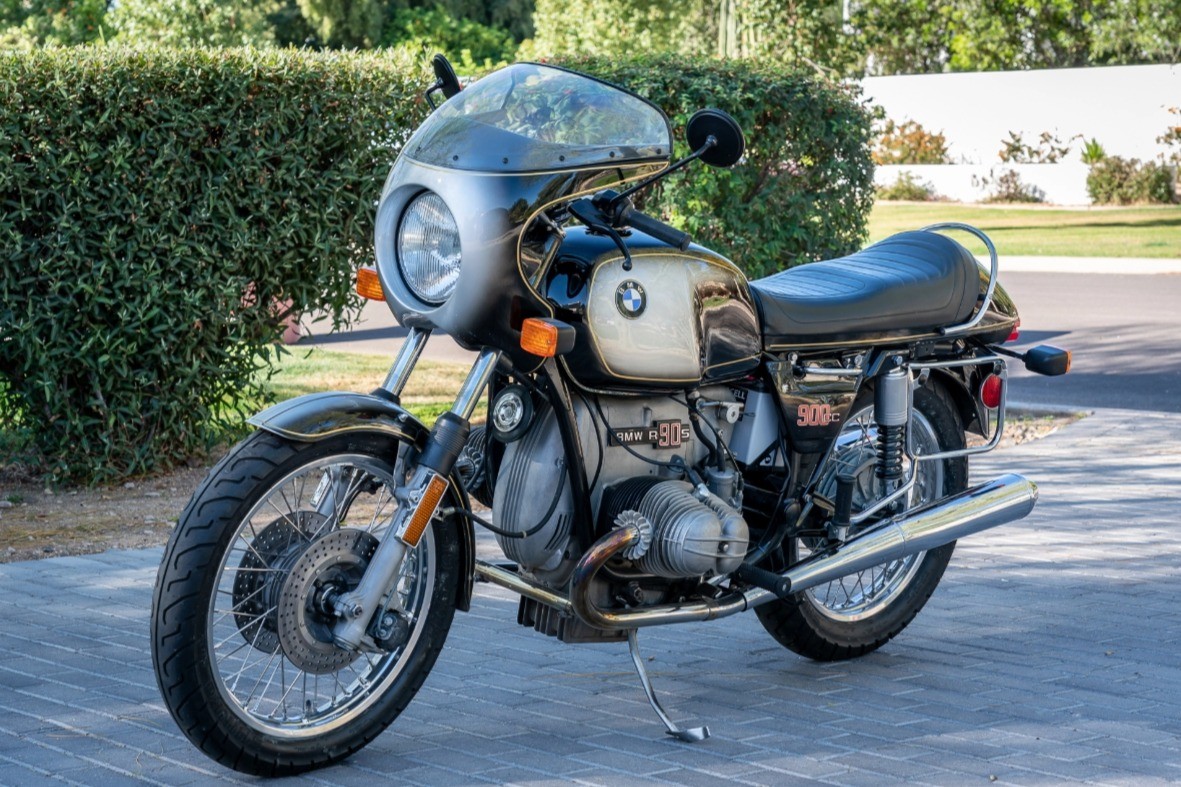