FerrariFerrari Testarossarestomod
It looks straight out of the '80s but is far more capable than the original.

Officine Fioravanti is finally giving its Ferrari Testarossa restomod a proper debut after initially teasing the machine under camouflage last year. While the exterior doesn't look too different, the mechanical tweaks give the supercar an extra 107 horsepower (80 kilowatts) and a 287-pound (130-kilogram) diet versus the original.

The flat-12 engine continues to have a 4943.04-cc displacement, but Officine Fioravanti overhauls the pistons and camshafts, in addition to replacing the original mechanical fuel injection with an electronically controlled system. The powerplant now has a 9,000-rpm redline, instead of the original 6,700 revs.

If the driver wants to feel the difference between the original output and the upgrades, then it only takes flipping a switch on the center console. In one position, the mill makes the usual 385 hp (287 kW) for a European-market Testarossa. Turning it unlocks the full 492 hp (367 kW) available from these upgrades. Officine Fioravanti estimates this Tesarossa's top speed is 199 mph (320 kph), which is up from 181 mph (291 kph) for the version from the factory.

This Testarossa restomod has parts to make sure it handles more like a modern supercar. There are adjustable Ohlins shock absorbers with four settings and new anti-roll bars with six adjustments. The steering now has just two turns from lock to lock. The Brembo brakes have six-piston calipers in front and four-piston stoppers in back.

To tailor the handling for the conditions, two knobs on the center console allow for selecting from separate Wet, Normal, Sport, and Race modes for the anti-lock brakes and traction control.

Officine Fioravanti only makes a few tweaks to the exterior. The pop-up headlights now have LED illumination. Rather than the Testarossa's 16-inch wheels, the company goes with a staggered setup that has a 17-inch diameter in front and an 18-inch diameter at the rear. The buyer chose this car's white body color

This Testarossa boasts a reupholstered cabin in a light shade of brown. The seats and door panels are perforated leather. All of the original plastic components on the dashboard, center console, and doors are now billet aluminum.As a final flourish, the old-school car phone that attaches to the passenger side of the center stack uses Bluetooth to be fully functional. A set of custom luggage fits in the rear. 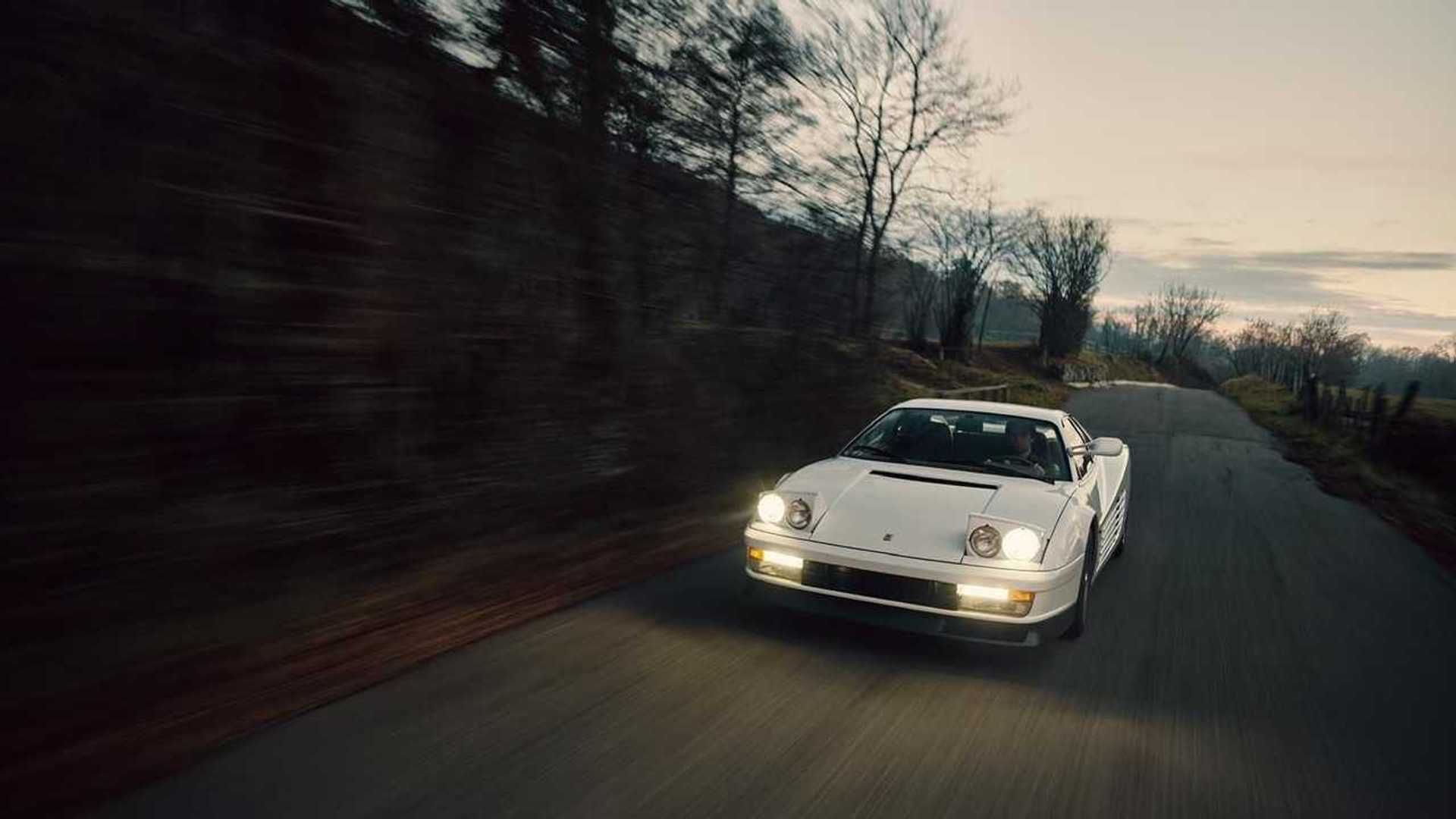